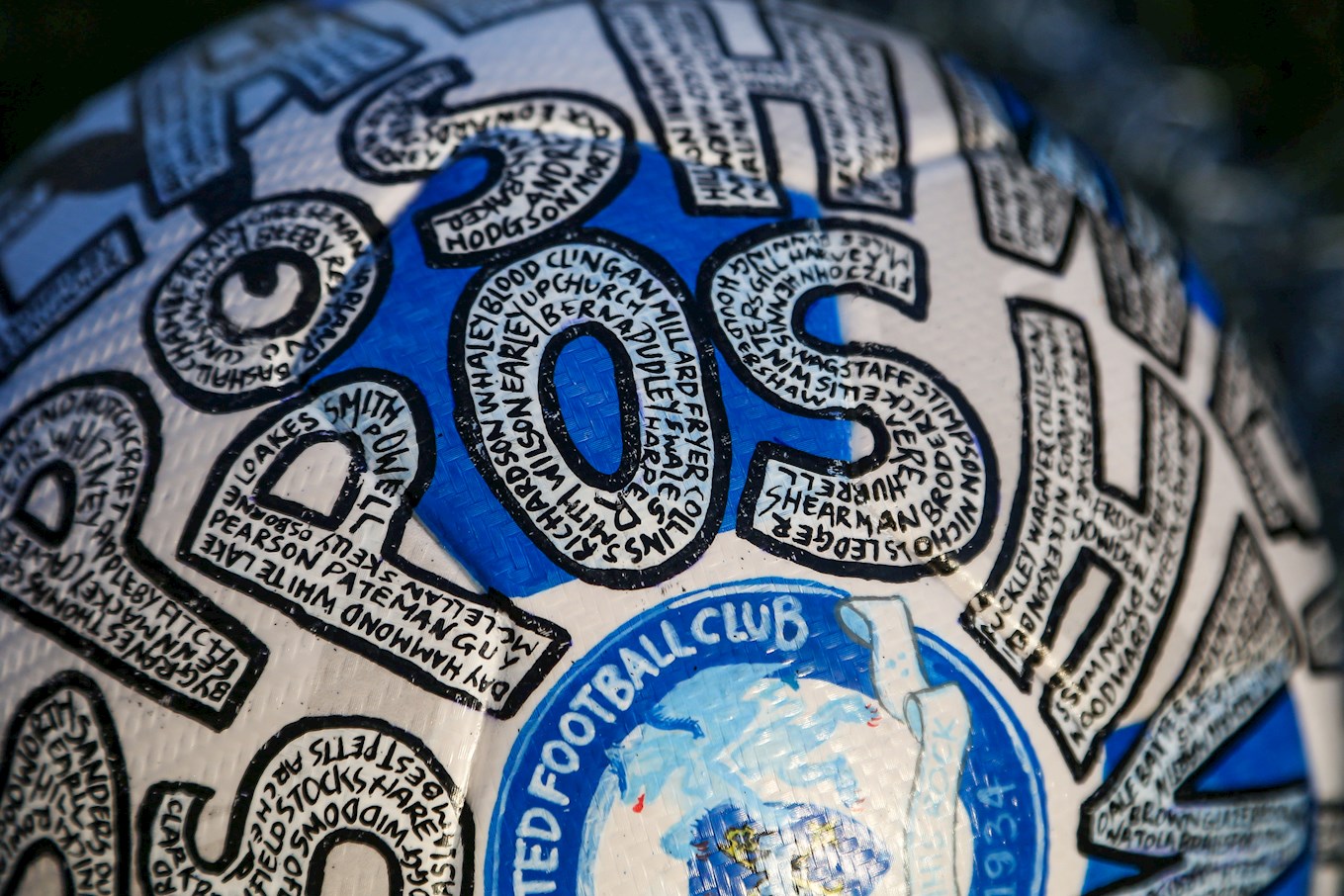 PUMA are the official Match Ball supplier of the EFL and to celebrate that partnership, PUMA have worked with artist Dominique Arthur to create a bespoke ball for their partner clubs, which include Peterborough United.

The football club and PUMA have worked together on the concept for the ball and we are delighted to reveal that the concept for the unique offering at Posh features the names of all of the season ticket holders who donated money back to the club last season. PUMA wanted to create a bespoke football that featured moments, chants and imagery that are iconic to that particular club with Dominique then working her magic to bring that to life on the PUMA balls.

The “Posh We Are, Posh We Feel, United We All Stand” football is currenting being raffled off with tickets available for £2 a ticket and you can purchase them online HERE. All proceeds raised in this raffle will be donated to the Peterborough United Foundation to help with the delivery of their projects across the city.

Supporters may have witnessed football content creators Poet and Vuj at the Sky Bet Championship fixture against AFC Bournemouth at the Weston Homes Stadium earlier this season. The pair and the team went behind the scenes at the stadium, spoke with supporters and spent time in the city for their YouTube series, EFL Explorers. You can watch the episode here.

Since the formation of the Peterborough United Foundation in 2009, the former Football in the Community Scheme has delivered a variety of projects across 4 key themes outlined by the English Football League Trust and the Premier League. The 4 themes are: Sports Participation, Social Inclusion/Community Cohesion, Health and Education.