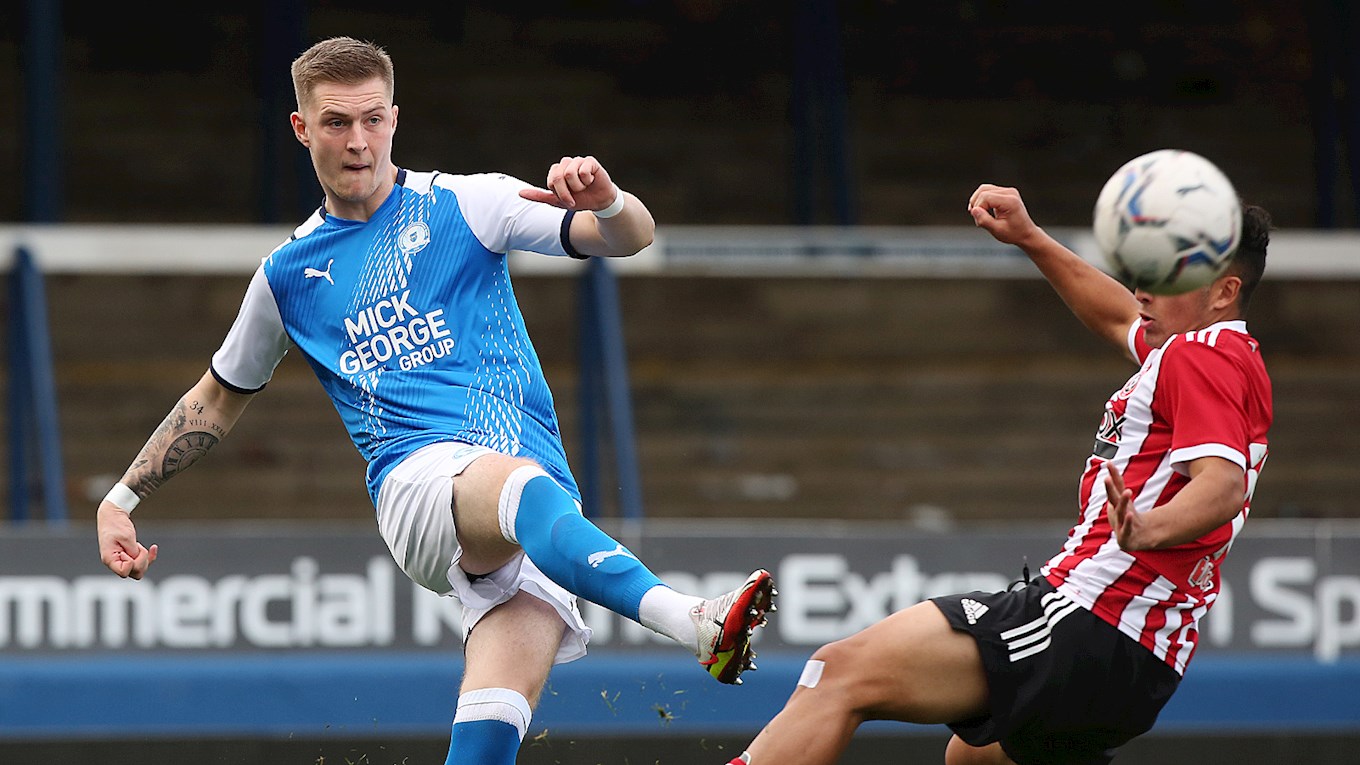 Posh under 23s held by Sheffield United at the Weston Homes Stadium.

The Peterborough United under 23s drew 0-0 with Sheffield United at the Weston Homes Stadium on Tuesday afternoon with both sides struggling to break down the other in attacking areas as the league encounter remained goalless.

Kwame Poku tested goalkeeper Marcus Dewhurst with a deflected effort inside the opening 10 minutes as both sides made an energetic start to the contest. The visitors were forced into an early change at the back with Sydie Peck replacing the injured Regan Slater.

Josh Knight met a deep Joe Tomlinson corner kick on 21 minutes, but Dewhurst was well placed to deny the former Leicester City man. Kwame Poku curled over the top just after the half hour mark as he cut inside onto his favoured left-foot but this time Dewhurst was not called upon.

Posh made a double change on the hour mark with Mensah and Harris replaced by Harry Thomas and Kobe Chong. Just after the hour mark, a rampaging run from Knight down the right created a chance for Gyamfi at the near post, but his well struck shot went wide.

Hassan Ayari clipped the outside of the post with a well-struck free-kick on 65 minutes after Knight was cautioned for a foul on the edge of the box. Lewis Darlington replaced Gyamfi in the final Posh switch moments later.

Chong saw a late effort gathered by the keeper before the referee brought an end to proceedings.