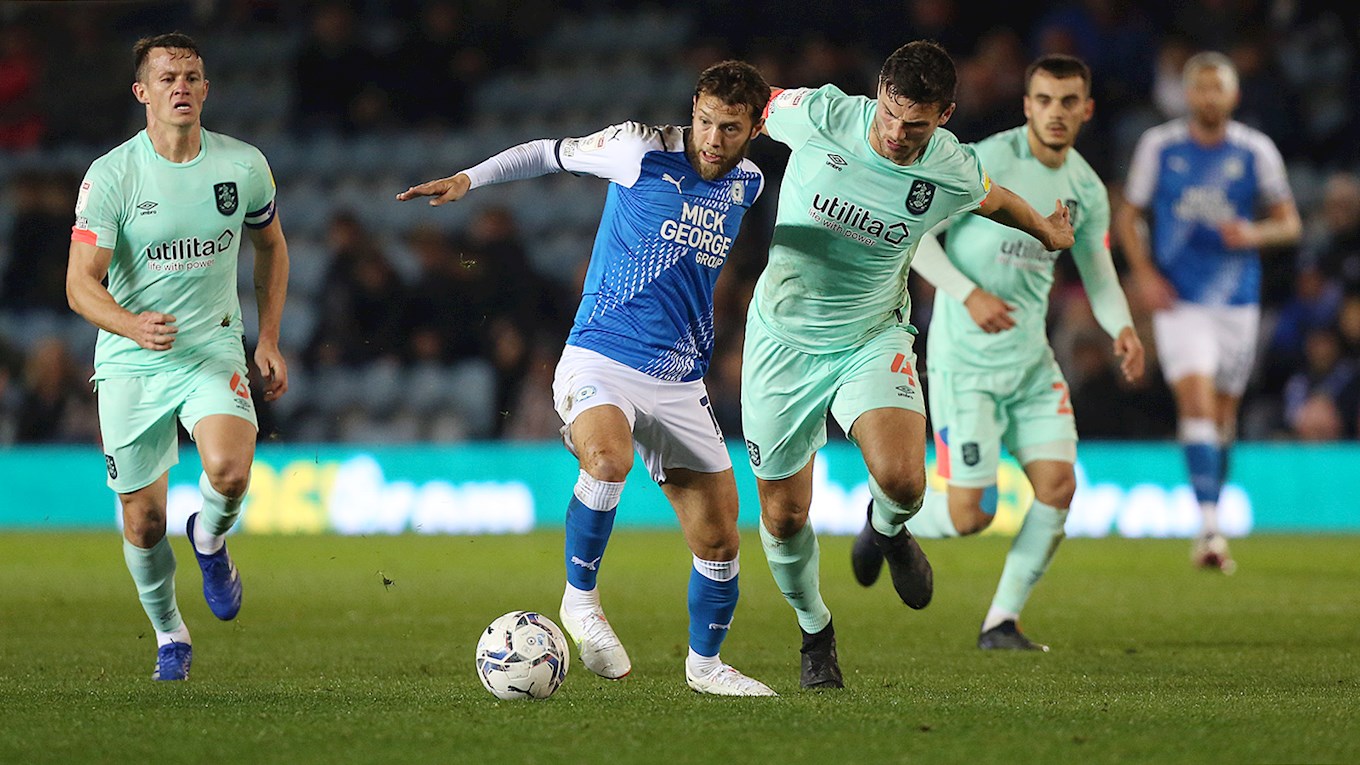 It may not have been the way that Darren Ferguson wanted to celebrate his 500th game in charge of the football club, but it was an example of the never say die attitude of his sides as a late Jonson Clarke-Harris header earned Peterborough United a 1-1 draw against Huddersfield Town at the Weston Homes Stadium.

Siriki Dembele sent an acrobatic overhead kick towards goal inside the opening five minutes after good work from Joe Ward down the right, the diminutive attacker’s effort well held by goalkeeper Lee Nicholls. Danny Ward flicked an effort wide at the near post following a dangerous cross from the lively Sorba Thomas on the quarter hour mark.

The visitors had a goal disallowed for offside on 29 minutes as Holmes tapped in after a shot from Thomas had rattled the bar from distance. Norburn was cautioned on 36 minutes for a foul in the centre circle by a well positioned referee Keith Stroud.

Thomas was rightly yellow carded for a foul on Dembele by the touchline on 43 minutes. Taylor was denied by a fine block and then the rebound was shovelled clear by keeper Nicholls before the referee brought an end to the first half as Dembele was felled in the centre circle.

The visitors made a change at the interval with Scott High replacing Hogg in midfield. Cornell did well to beat away a fierce drive from former Posh loanee Harry Toffolo on 50 minutes. Toffolo then entered the referee’s book for a foul on Dembele, who was on the receiving end of some rough treatment from the visitors.

Thompson was cautioned for a foul before the hosts made a double change with Jonson Clarke-Harris and Dan Butler replacing Ward and Grant. Burrows tested Nicholls with a fizzing curler two minutes later as Posh continued to probe.

Szmodics fired wide of the near post from the edge of the area less than 60 seconds later as a long ball from Beevers caused a bit of panic. The Terriers opened the scoring on 74 minutes as a deep corner was kept alive and WARD used his strength to ease a defender out of the way before toe-poking a volley into the net.

Posh drew themselves level on 84 minutes as a cross into the box from Burrows was met by a powerful header from CLARKE-HARRIS for his first goal in open play this season. Taylor fired over deep into stoppage time, but Posh were forced to settle for a point.