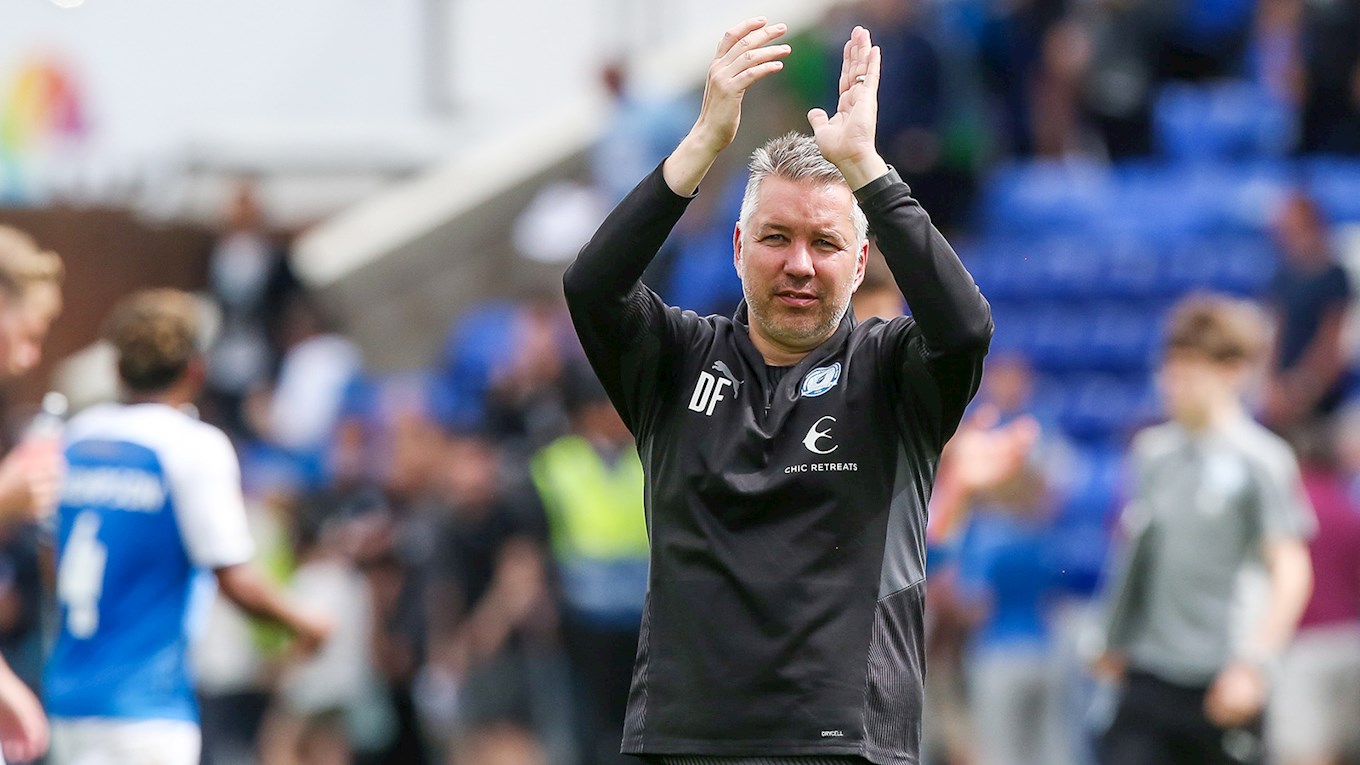 The club are delighted to announce that the manager Darren Ferguson has penned a new long-term contract.

Peterborough United are delighted to announce that manager Darren Ferguson has put pen to paper on a new three-and-half-year contract to keep him at the Weston Homes Stadium until 2025.

Ferguson, who’s current deal was due to expire in the summer, revealed that after brief initial discussions in the summer, the contract was formalised extremely quickly and he is pleased to commit himself to the club for the long-term.

“I am delighted. I was coming to the end of my current contract in the summer, but the chairman and I spoke in the summer and we both agreed we would get it done when it was convenient for both of us in terms of when we had time and thankfully that has happened. Darragh, Jason and Randy have offered me the deal and I am really pleased to sign.

“Hopefully we can have more success together. Right now, it is an exciting time, we are a Championship club, the aim is to build on that and try and become an established club at this level. I do feel the hardest year is the first year, we have to work as hard as we can to retain our status.

“There is a lot of growth and potential in this club, we have a new stadium on the horizon, the training ground is being developed, we have continued our philosophy of bringing in young players and trying to develop them and we have a good group here.

“For me, this club ticks every boxes. I have been here a long time now, it will take me past my 50th birthday, I think both the club and me are matched in terms of the ambitions of both. I am an ambitious manager, and the owners are ambitious people. It was an easy decision to commit my future,” Ferguson said.

Co-owner Darragh MacAnthony added: “Myself, Jason and Randy are thrilled to extend the Gaffers contract with the football club. Stability, growth and improvement are key to the club on and off the pitch in the years to come. There is no better manager in the game than our manager who embodies everything we believe in.

“Darren is as ambitious as ever and hungry to establish us as a good Championship football team. Congrats to him on his new long-term deal!”