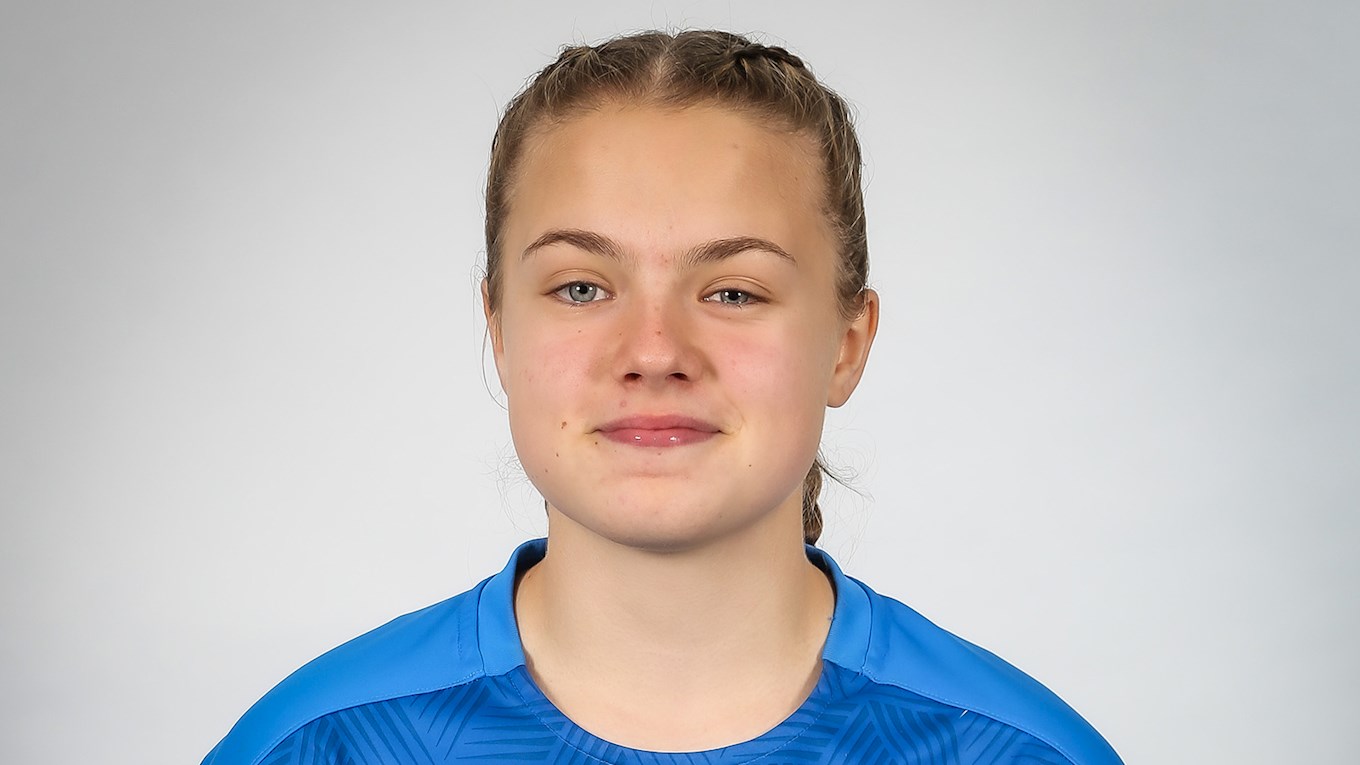 Defender Elloise Copson has spoken about the transition from playing for scholarship to making her debut for Posh Women this season.

For the majority of players in the squad, competing at FA Women’s National League has been a new experience, but have years of playing at senior level. So, it’s quite remarkable how 16-year-old Elloise Copson, from the Posh Scholarship squad, has made a considerable leap into senior level for the first-ever time and hasn’t looked out of place once.

The defender was called up by manager Chloe Brown in the 2-2 draw against Burton Albion back in August, meeting her teammates for the first-time just 90 minutes before kick-off but put in an impressive display, and has since become a regular in the Posh back-line. Despite being the youngest in the squad, Copson hasn’t been unfazed by competing at this level and reflects back on a mixed season so far.

“In terms of myself, I have really enjoyed competing at this level and playing for the first-team, working alongside more experienced players who are able to give me knowledge and advice to help me develop as a player.

“Looking at the season so far, it has been a mixed. We’ve had some highs in the league and FA Cup and some games where I think as a team, we can say that we could’ve played better and got more points on the table.”

Despite cementing a place in the first-team, Copson continues to feature for Scholarship this season, who are yet to lose this season, and talks about the transition between the two teams.

“Although transition from the scholarship to senior level has been eye-opening, I have enjoyed every moment of it so far. Obviously, it has been more of a challenge as the players are more physical and more experienced, plus the intensity of the game is much higher as the ball is moving quicker, but as a player, you always want to test yourself.”

Since making her debut in the draw against Burton Albion, Copson has started in every National League fixture for Brown’s side, and the defender is very thankful for the opportunity handed to her and wants to continue to help the team.

“The team have been really welcoming and I have already create some brilliant memories alongside this team, especially my very first game I played. So, I would just like to say a massive thank you to Chloe for giving me the opportunity to play and having faith in me.”

“For me personally, I hope to continue to get more opportunities and develop and become the best player I can become and to help the team out to achieve the highest league position possible and a good cup run.”