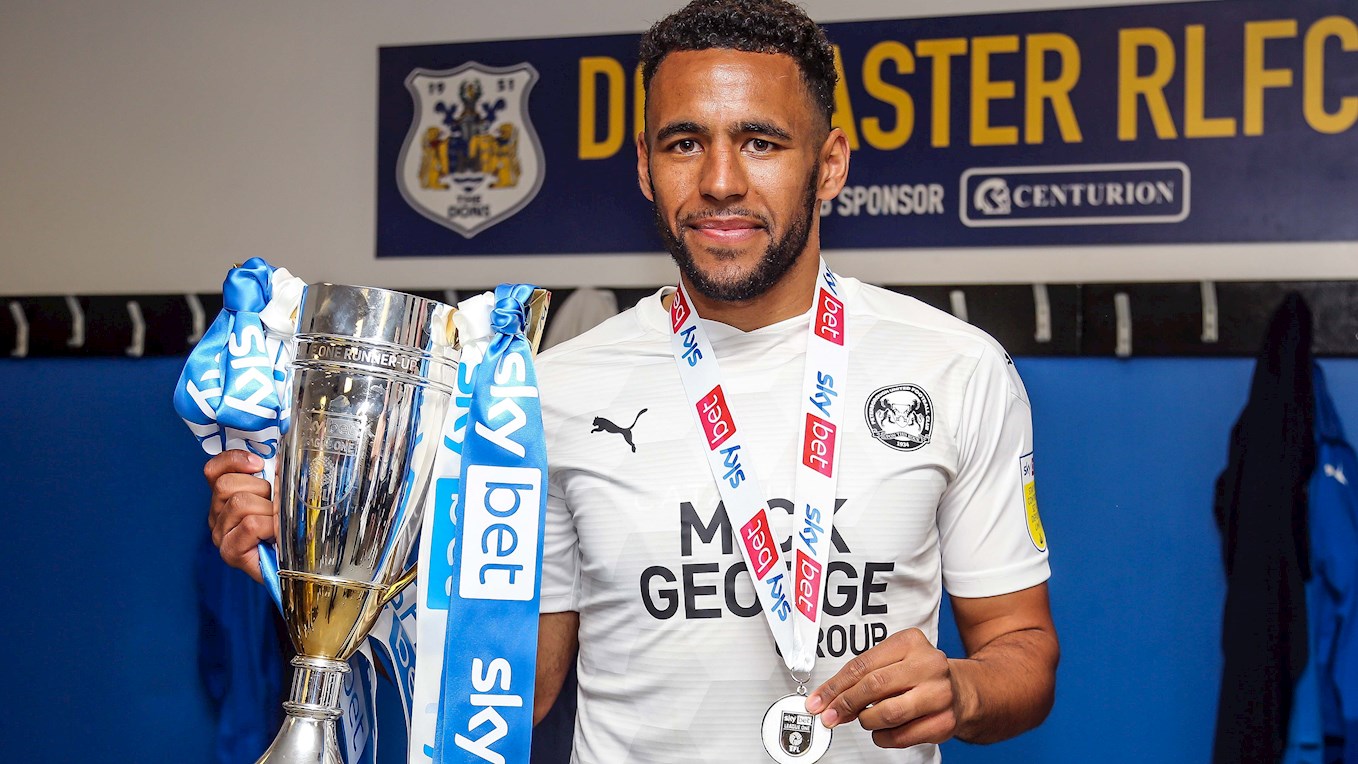 Peterborough United are delighted to announce that defender Nathan Thompson has agreed a new two-year (plus one) contract at the football club, becoming the latest member of the squad to commit his future following promotion to the Sky Bet Championship.

Thompson (30) joined Posh in the summer of 2019 from Portsmouth and has been a regular starter since then at right-back or in the centre of the Posh defence, making 43 appearances last term and winning plaudits from pundits and supporters alike.

His deal ran out at the end of the campaign, but Posh moved quickly to secure his services on a new deal once promotion was assured. Manager Darren Ferguson said: “Nathan was out of contract, it couldn’t be renegotiated until we knew what division we would be in and of course that went down to the wire.

“Nathan was aware of that and just got on with it, he was extremely professional, and he was one that we wanted to get sorted and thankfully we have reached an agreement. He is really enjoying his football; he and his family are settled in the area, so it was a big one for us because you always have more of a worry when a player is out of contract.

“Nathan is a good character, really good in the dressing room, a calm influence and an intelligent boy in terms of saying the right things at the right time and for a manager that is invaluable to have in the dressing room. His performances have been outstanding, he has been one of our most consistent performers whether that be at right back or in the central areas of our defence.”

Thompson added: “We have a really close-knit group at the club and that makes things easier to make a decision, but also for me, I have been plugging away in League One for the best part of 12 years, so to finally get an opportunity to play in the Championship made the decision very easy for me.

“What we achieved last season was special, it has only really begun to sink in two or three weeks on from the game with Lincoln. We were able to celebrate together and that was really nice, the manager allowed us to do that, and we can now enjoy a bit of a break before coming back for pre-season.

“There is a real opportunity for us moving forward, it is going to be a new experience and one that we are really excited about. There is a lot of character in this group, there is something to harness, and that takes you a long way. It gives us an opportunity to build on what we have achieved. The management work so hard in preparing us for games, that will not leave us and we can go into the new campaign knowing we have a lot of qualities that you are going to need.”