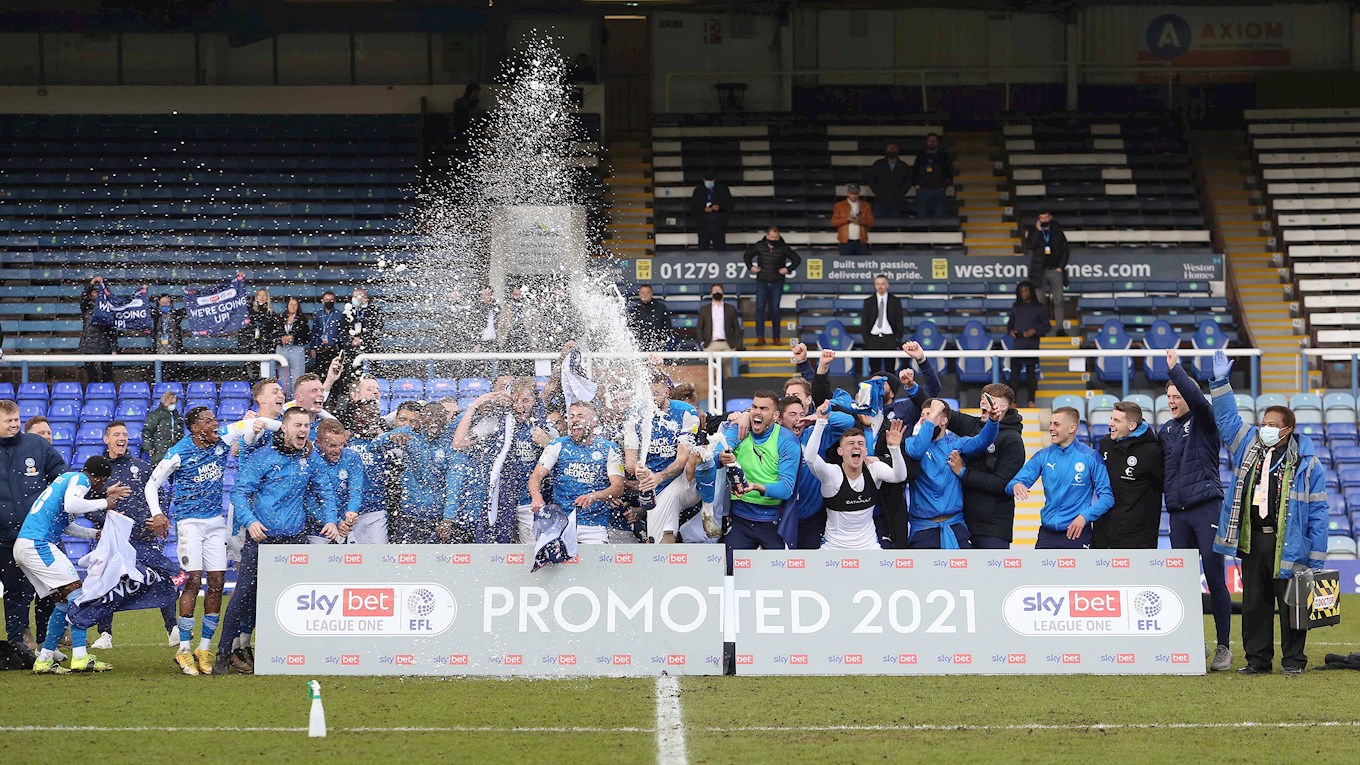 Posh promoted into the Championship after unbelievable afternoon at the Weston Homes Stadium.

Football. It can make you down, but my word, when it makes you happy, it is the best game in the world bar none. Today was one of those examples. Peterborough United needed a point to be promoted to the Championship. They were 2-0 down at the break and 3-0 down before the hour mark, but write off this team at your peril.

I could explain what happened after. I have absolutely no idea as I was charging down the steps of the Main Stand like a mad man. What I do know, is that Posh are promoted. Into the Championship. What a way to do it.

The visitors made a bright start with Morgan Rogers somehow kept out by goalkeeper Joe Bursik at the near post with the Imps screaming the ball had crossed the line. Anthony Scully fired wide from distance before Posh created a half chance for Reece Brown, but his curling effort was well held by keeper Palmer.

Szmodics was then denied by Jones superbly before Siriki Dembele’s rebound was well blocked by a defender. However, at the other end, the visitors opened the scoring as a cross from the right was glanced home unmarked from six-yards by SCULLY. ‘

Both sides began to the up the tempo as the first half drew to a close but it was the Imps who got a boost as Thompson was penalised for a foul in the box and Jorge GRANT stepped to convert the penalty low past Bursik.

On 52 minutes, the Imps made it 3-0 as SCULLY cut inside onto his right-foot and delivered an inch-perfect effort into the top corner. Taylor was shown a yellow card moments later for a foul after another poor pass in the Posh midfield.

Bridcutt was cautioned on 55 minutes for a foul on Dembele. Rogers was a whisker away from making it 4-0 a minute later following a swift counter-attack as Posh were all over the place defensively.

Posh were forced into a change on the hour mark as Taylor limped out of the action to be replaced by Ethan Hamilton. Posh pulled a goal back on 64 minutes as a low centre from Dan Butler was poked home at the near post by DEMBELE.

Bursik was well placed to deny Anderson on 71 minutes as the visitors broke at pace with the game becoming stretched. Hopper wasted an unbelievable chance to make it 4-1 from close-range but with Bursik on the floor, he blazed over.

Szmodics saw a shot deflect wide for a corner kick after good hold-up play from Clarke-Harris at the other end. Posh had appeals for a spot-kick turned away by the officials after an apparent handball. Posh pulled another goal back on 75 minutes as CLARKE-HARRIS saw a free-kick take a wicked deflection and wrong foot the keeper for his 30th league goal of the campaign.

Callum Morton replaced Hopper in attack as Michael Appleton made a change on 79 minutes. Clarke-Harris was a whisker away from levelling as he met a Butler corner, but his header crashed against the crossbar before being hacked clear.

Posh had a golden chance just before stoppage time as Kent met a Ward corner but he couldn’t direct the header on target. Incredibly, there was still one chance as Szmodics was upended in the box and Jonson CLARKE-HARRIS dispatched the penalty to send Posh into the Championship and then it was pandemonium.