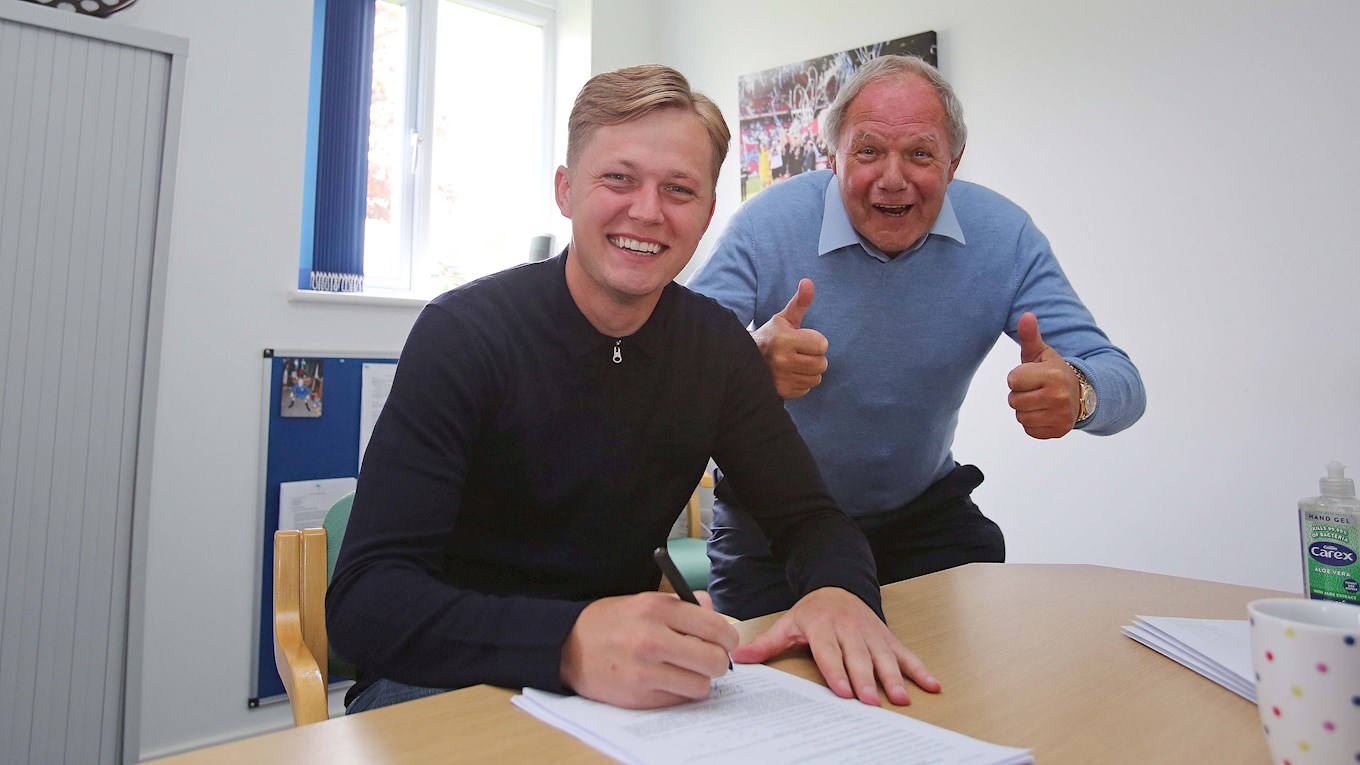 Peterborough United are delighted to announce that central defender Frankie Kent has agreed a new three-year contract to keep him at the Weston Homes Stadium until 2024.

The 25-year-old, who missed just one game for Posh as Darren Ferguson’s clinched automatic promotion to the Sky Bet Championship, completed the paperwork for his new contract at the idverde Training Ground on Thursday afternoon.

Kent has made 84 appearances for the club since arriving from Colchester United, scoring four goals including two last season: in the defeat to Blackpool and in the 5-1 victory over Portsmouth in the Papa John’s Trophy.

Manager Darren Ferguson was pleased to get a new deal for the defender completed. “Frankie has been a brilliant signing for us. He has been very consistent, he has definitely improved, he comes in, gets on with his work, enjoys it, knows he is at the right club for him, and I believe he can kick on again.

“It will be a really good test for him in the Championship. We wanted to address the situation with him entering his final year, we wanted to resolve it quickly, because you don’t want to leave yourself vulnerable when a player only has a year to run on their deal. It was a quick negotiation with Barry, the chairman and Frankie, which isn’t always the case, so I am glad as a manager that the deal has been done so quickly.

“He can go under the radar and I think that is because he is so consistent, you just expect an 8/10 from him every game that he plays. He still has things to learn, but he has done very well in whatever system we have played. I have no worries about Frankie coping in the Championship.”

Kent added: “I am pleased to get it done. It was a very easy decision to make. I have loved every minute of my time at the club. Getting promotion just topped that off and I couldn’t think of anywhere better to be than here at this moment in time.

“I have still got loads of stuff to learn and get better at but I feel that this is the right club for me to continue my development. I haven’t played in the Championship before, but I am looking forward to testing myself at that level. I am sure it will be tough, I speak to Mark Beevers all the time and he has played at that level and said it will be a challenge, but you want to challenge yourself.

“I have been pleased with how many games I have played in the last couple of seasons, I have been fortunate to steer clear of injuries and the gaffer has put his faith in me and it is up to me now to repay that faith. It has only just really sunk in what we achieved last season, but we have celebrated it, we have enjoyed it, but now we have to look forward to what is next.”