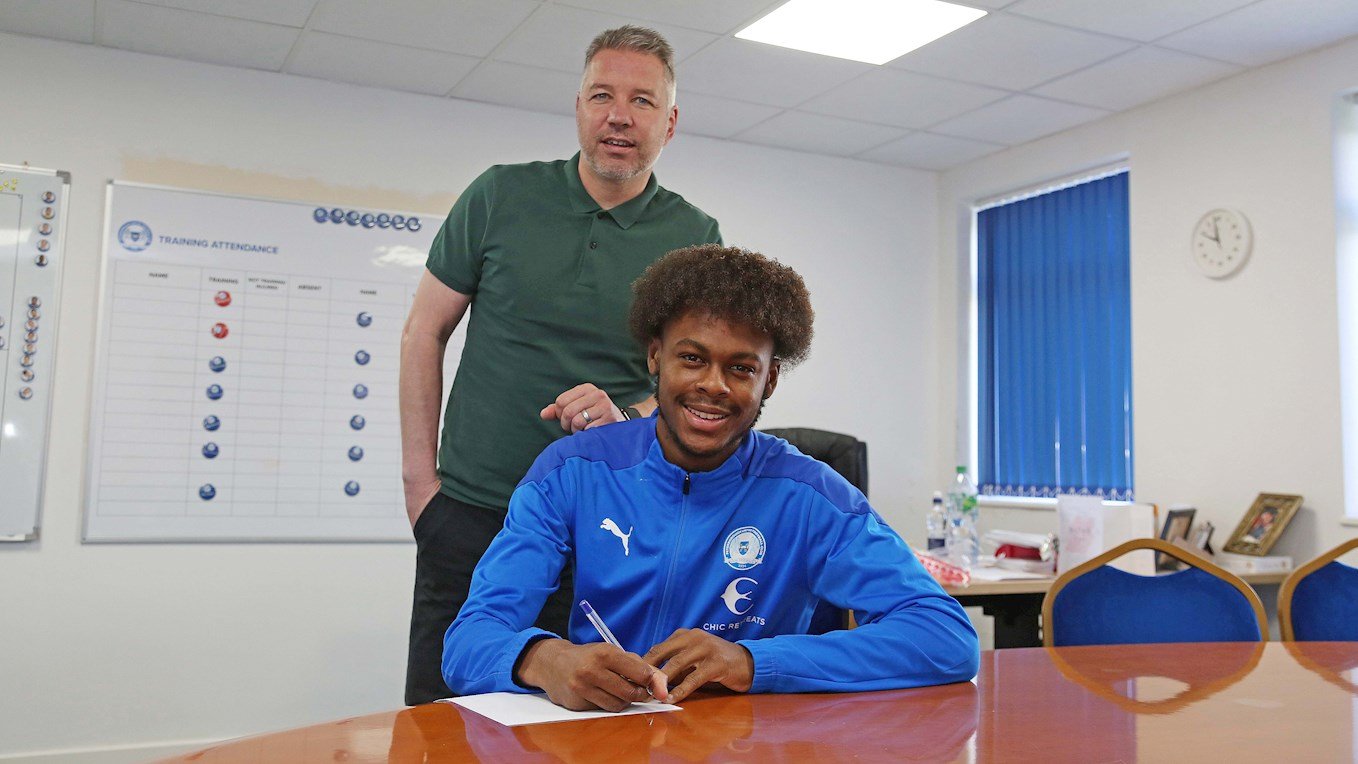 Peterborough United are delighted to announce that teenage front man Ricky-Jade Jones has signed a new four-year contract at the Weston Homes Stadium after completing the formalities on Thursday at the idverde Training Ground.

The 18-year-old, who netted his first league goal in the final day victory at Doncaster Rovers, has progressed through the club’s Academy after joining as a nine-year-old and already has 33 first team appearances under his belt.

Jones, who has netted twice in the Papa John’s Trophy and twice in the Emirates FA Cup including at Premier League side Burnley, has been attracting the attention of a host of top clubs, but has committed his long-term future to Posh.

Manager Darren Ferguson was pleased to secure the teenager on a long-term deal: “Ricky has developed nicely over the last couple of years. The boy has massive potential. You can see the improvement in his performance against Doncaster, his hold-up play was very good, as was his movement. We know he has that pace that frightens defenders, he gets you up the pitch, he presses, and he has good energy, he needs to improve in certain areas, but I thought his performance at Doncaster was the best he has done in terms of playing against two experienced centre halves and causing them so many problems.

“He has been involved in pretty much all of the squads when he has been fit and available for selection. He has had one or two injuries to contend with but he is someone that I am excited to work with and I am delighted we have managed to tie him down on a longer deal.”

Jones added: “I believe I am in the right place to continue my development. The manager has been first class with me, the staff have looked after me and I am really looking forward to returning after the summer break a Championship player, but I will be pushing hard for a place in the first team, I don’t want to just settle for being on the bench, I want to fight for a position.

“For me, to have come through the Academy system at the football club and be in the position that I am now, signing a long-term professional contract, it is a great feeling, and it is really nice that myself and Harrison Burrows have been on that journey.

“Scoring my first league goal was something I was aiming for last season and I managed to do it on the final day against Doncaster. I know that I can’t just rely on my pace, I have to improve in all areas including holding the ball up, but I know that I can improve here at Posh, the coaches and manager are fantastic,” Jones said.