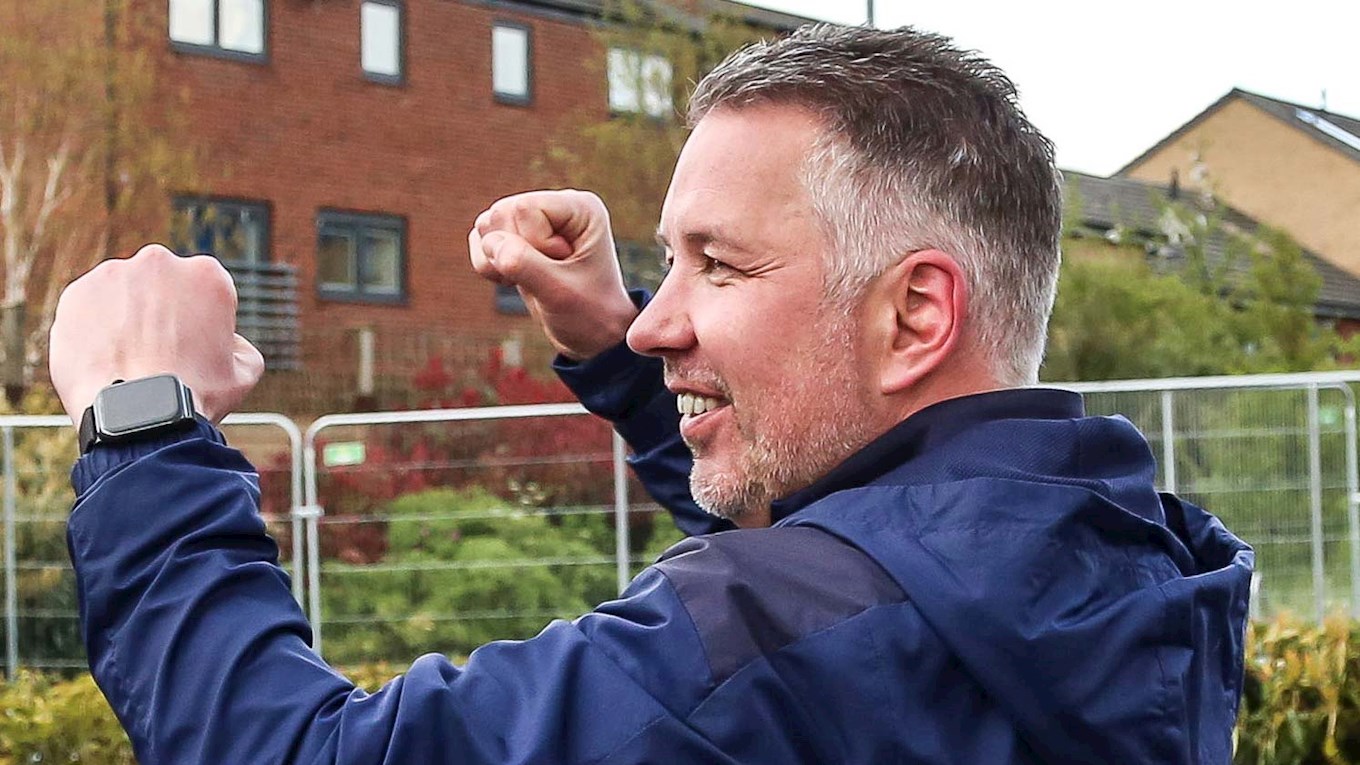 Ferguson | “What An Incredible Feeling”

Darren Ferguson lost for words after club secure promotion back to the Sky Bet Championship.

Peterborough United manager Darren Ferguson admitted that he was struggling to put his side’s promotion to the Sky Bet Championship into words after an unbelievable afternoon at the Weston Homes Stadium, which saw Posh bounce back from 3-0 to draw 3-3 in the last minute of the contest to secure the point they needed for success.

Ferguson, who has now achieved four promotions with the football club, revealed that his partner had switched off at 3-0 and was unaware the club had even secured promotion following a final whistle phone call.

“She thought the game was all over at 3-0. It was such an emotional day and it is hard to put into words what has happened. Credit to my players though, they showed incredible character to bounce back from the situation they found themselves in to get over the line.

“At 2-0 at the break, the players were down, myself and Mark Robson spoke about getting the next goal and they got it and at 3-0, I just felt if we got the next goal, we would still have a chance. To secure promotion in the way that we have with a last minute penalty after being 3-0 down is pretty much the way this football club would do it.

“Jonson Clarke-Harris has been a superb signing for this football club. He has scored goals, he has led from the front, he is popular with his team-mates and to stand over that spot-kick with the destiny of the club in his hands and remain as calm as he did is incredible. I have been promoted a few times, but this one is special.

“We have worked so hard for this. It is almost two season’s work to get to where we are now. We felt we would get promoted last season when the season was curtailed so to go again, the players, the staff, the owners, everybody has worked so hard for this success and we want to enjoy it. I imagine I will have a massive hangover tomorrow, but who cares.

“We have said all along that we wanted to be in the Championship when the fans came back next season and we have achieved that. We can now look forward, but to be honest, I am not thinking about anything else but enjoying this moment,” Ferguson said.