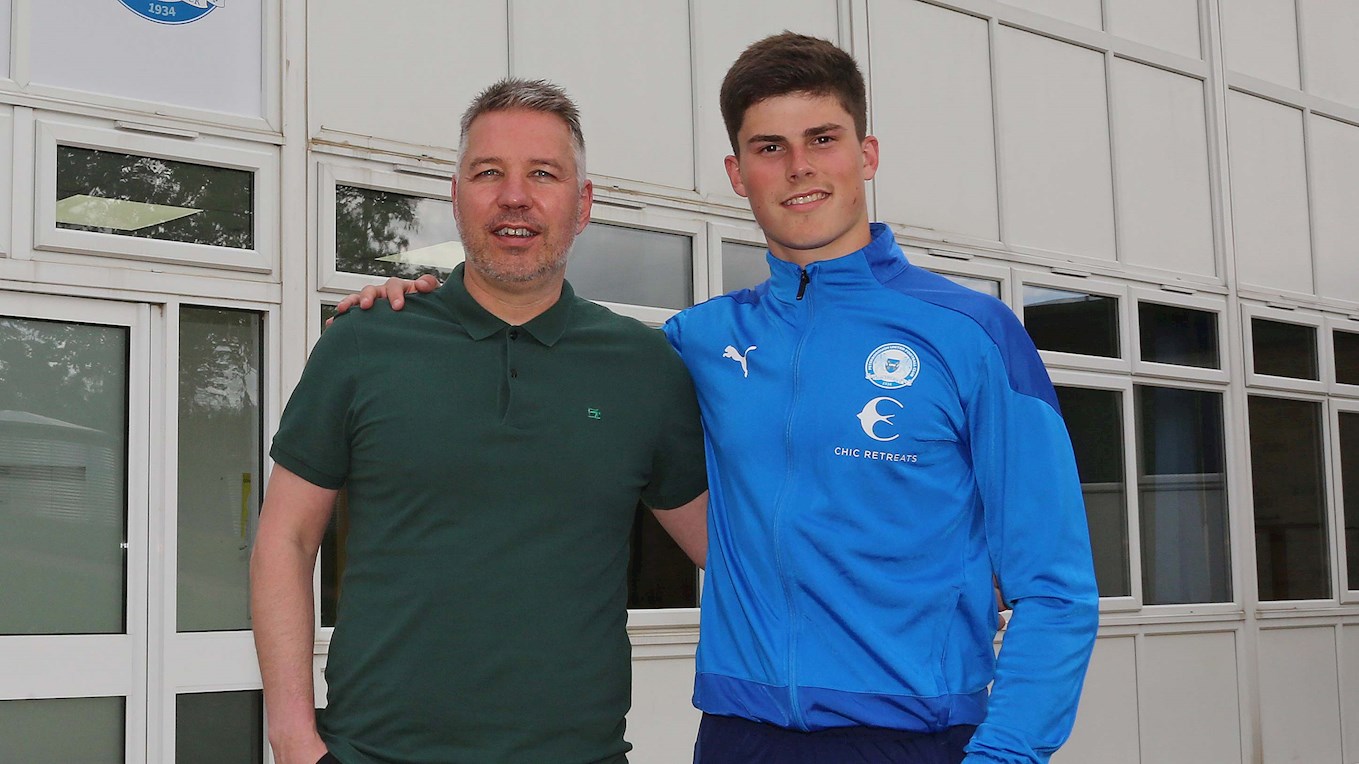 Peterborough United are delighted to announce that young defender Ronnie Edwards has agreed a new long-term contract to keep him at the Weston Homes Stadium until 2025.

Edwards, who turned 18 at the end of March, has impressed in his performances since arriving from National League side Barnet, showing composure beyond his years at centre back as well as putting his body on the line for the cause.

Manager Darren Ferguson was pleased to get the youngster tied down on a four-year deal. “When we sat down with the co-owners and Barry about who we wanted to offer new contracts too, Ronnie was one that we wanted to get sorted quickly. I am delighted. Ronnie has caught everyone’s attention with the calmness and maturity in which he plays.

“He has suffered some injuries which has been a hiccup for him and a real shame for the lad, because he would have featured a lot more. He is a big one for us because we see real potential in the boy. Thankfully, we have managed to get it done and get it done quickly and I am looking forward to continuing working with him next season.”

Edwards added: “I believe I am in the right place for my development. The manager has been brilliant with me, he gives young players an opportunity and I am looking forward to coming back in pre-season fit and raring to go. The players at the back have been fantastic this season, I have nothing but respect for what they have achieved, they have been really good with me, giving me advice and helping my game.

“When I got the opportunity to play this season, I wanted to show what I can do and show the manager what I can do. I know people watching me must think ‘what is he doing’ when I am on the ball in tight areas, but I have belief in what I can do, and I am confident in possession and I am learning all the time.

“It was difficult picking up the injury so soon after the enforced break for Covid-19 over Christmas. I worked hard to get back fit before the end of the season and it was great to be involved on the final day against Doncaster. We have a lot of talented young players at the football club, they are great lads on and off the pitch and I have settled in so quickly.”