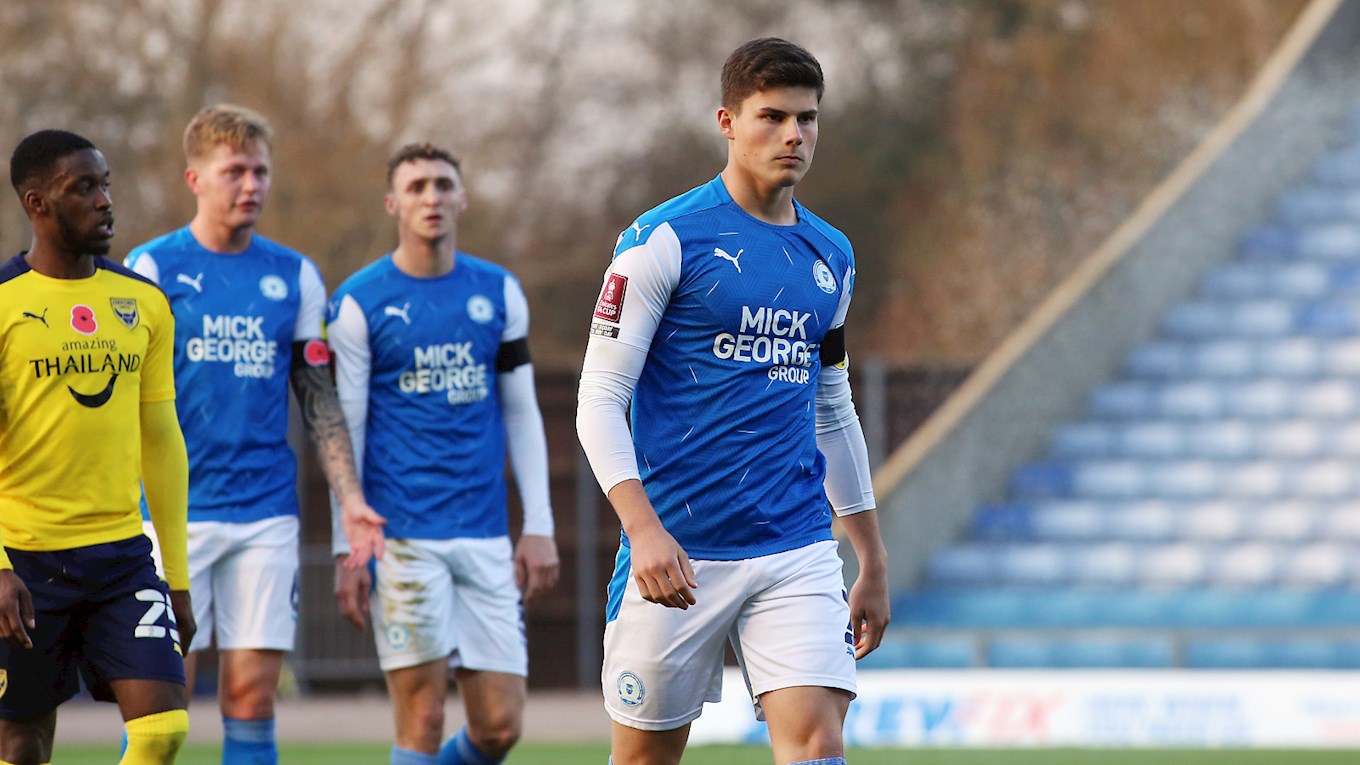 Edwards Called Up For England U19 Training Camp

Peterborough United defender Ronnie Edwards has been called up to the England under 19 squad for a forthcoming training camp at St. George’s Park.

Edwards (18), who signed a long-term contract with Posh earlier this week, will link up with the Young Lions for five days at the national football centre. It is the first time has been called up by his country and is reward for some excellent performances last season.

The Young Lions had been aiming to reach the UEFA U19 EURO Finals this summer, before the qualifying stage in March and July’s Finals were cancelled due to the COVID-19 pandemic.

Head coach Ian Foster is now looking towards the 2021-22 campaign by bringing his group for next season together. Foster has named a 28-strong squad for the camp, which will start on Sunday 23 May and run until Thursday 27 May, as he looks to prepare the group for the 2022 U19 EURO.

That is scheduled to begin in October, when the Young Lions will play group hosts Sweden, Switzerland and Andorra in the first qualifying round of a tournament which finishes with summer finals in Slovakia in July 2022.