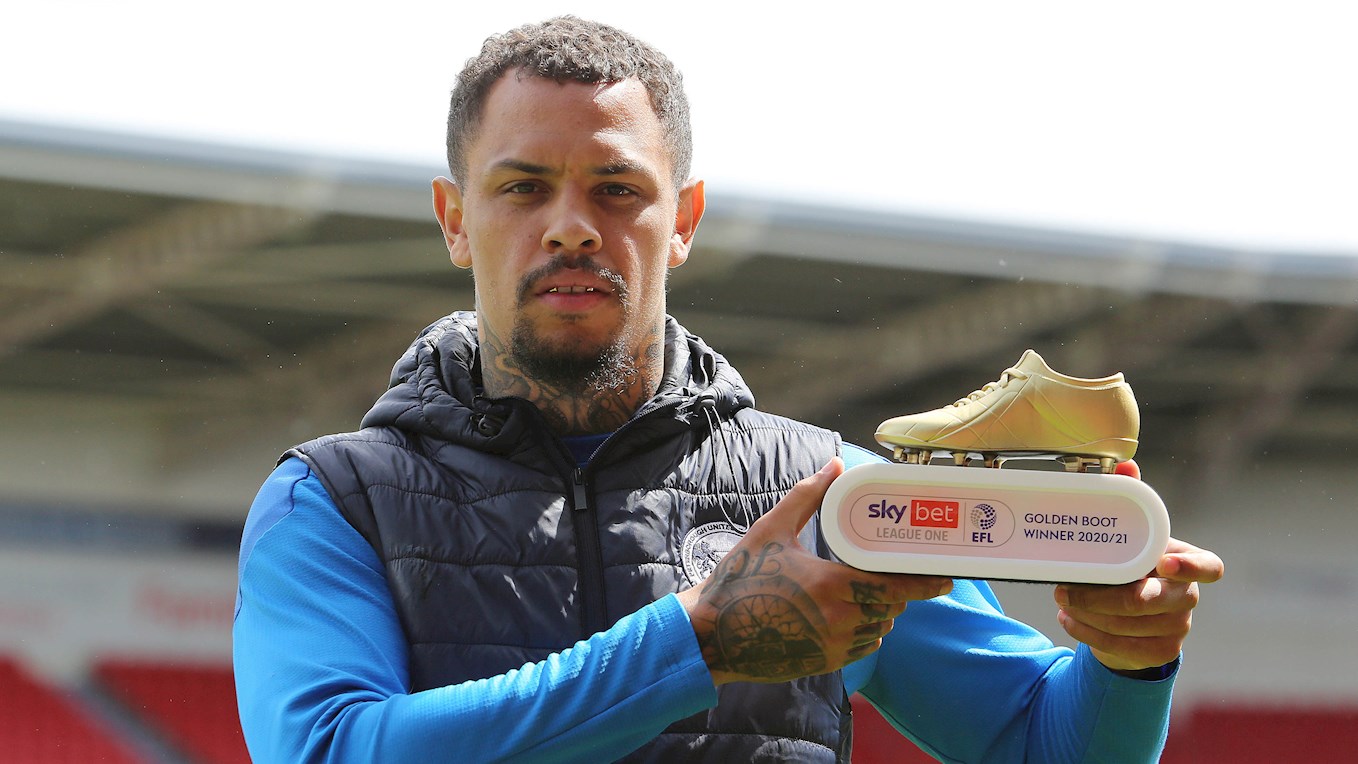 Filling the shoes of last year’s Golden Boot winner Ivan Toney was never going to be easy, but Clarke-Harris has been more than up to the task, scoring 31 goals and inspiring his side to the Sky Bet Championship in the process.

With a goal every 126 minutes in the league for Clarke-Harris, it’s no surprise that Darren Ferguson’s men find themselves the top scorers in the division once again, and secured promotion with games to spare.

The award, which takes into account all league games, and does not include Play-Off fixtures, was presented to Clarke-Harris before the final game of the season – a 4-1 victory over Doncaster Rovers.

Clarke-Harris said: “It has been a great season for me personally. I said about a month ago that the individual trophies wouldn’t mean as much if we didn’t get promotion but now that has been achieved I can look back and be proud of the season that I have had. I want to say thank you to my team mates because without them I wouldn’t have achieved the goals that I have done”