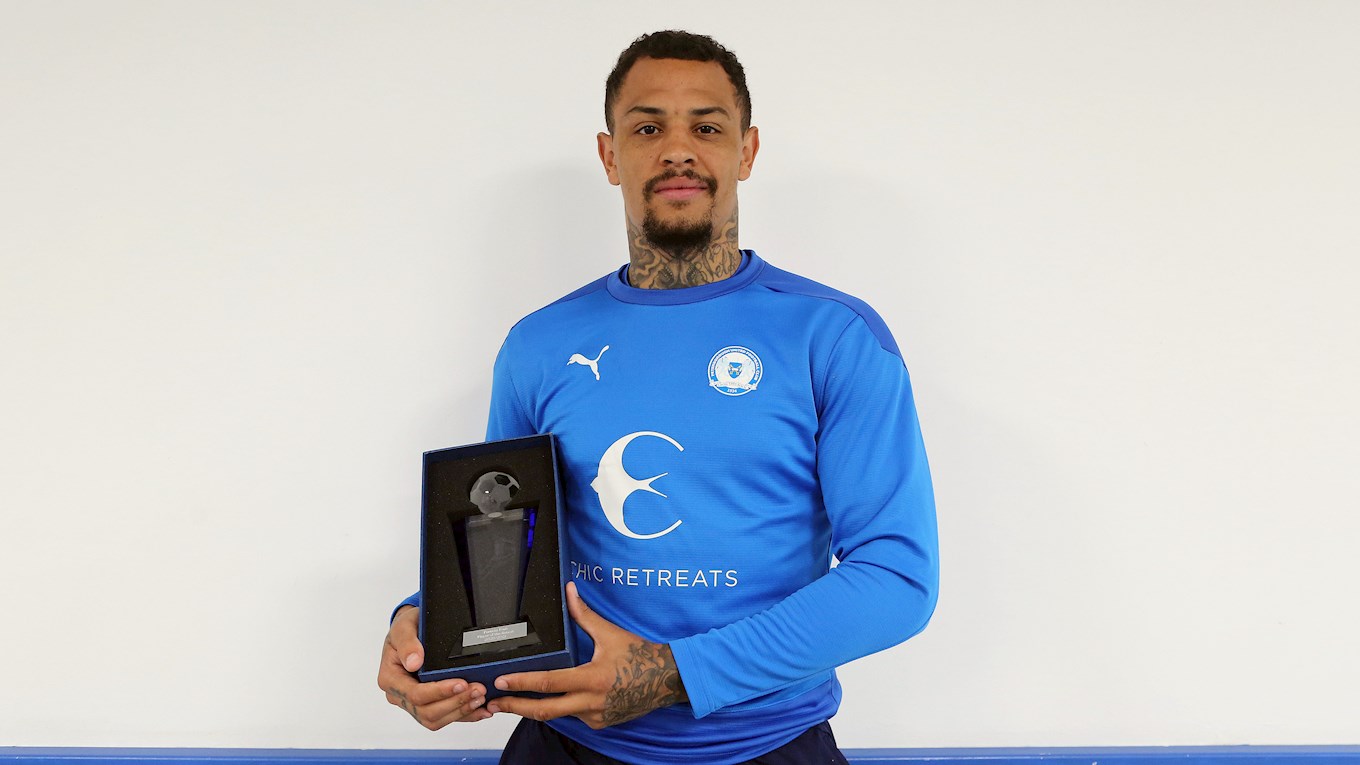 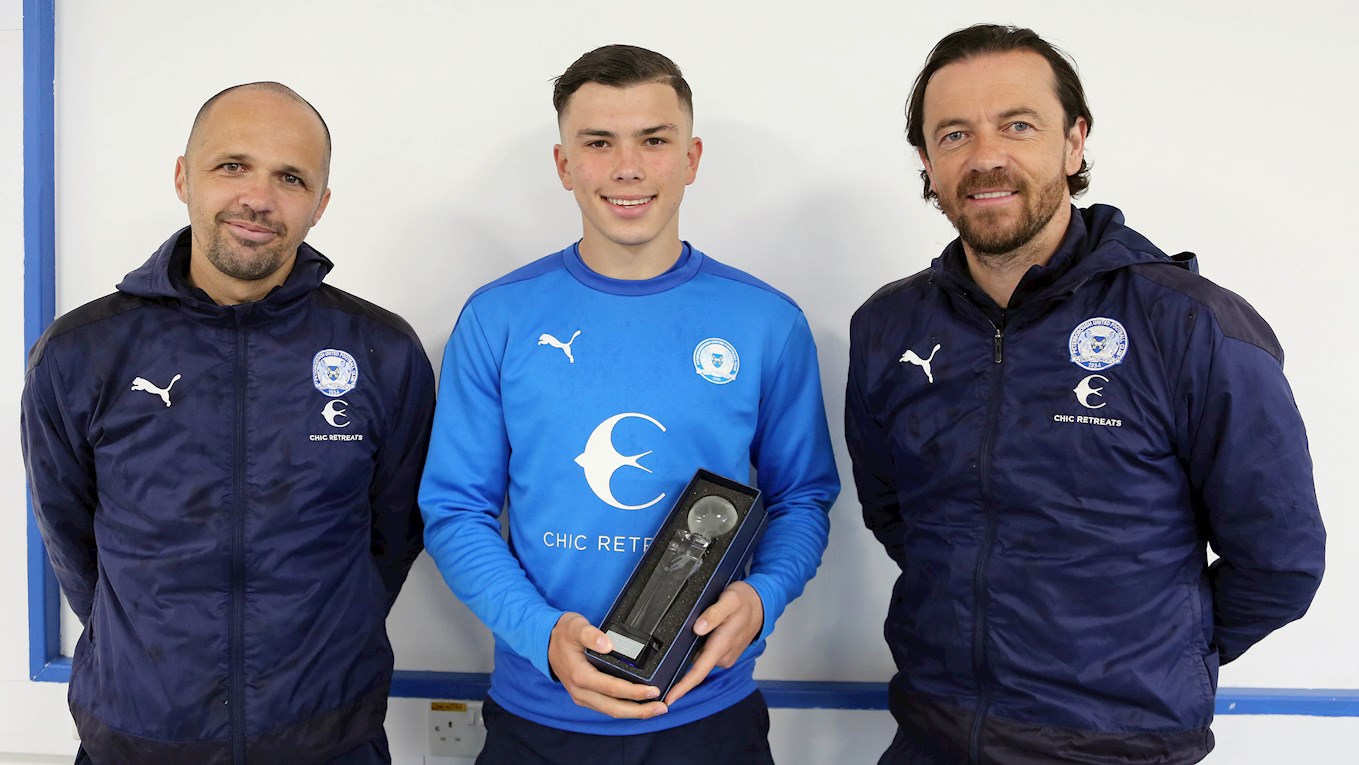 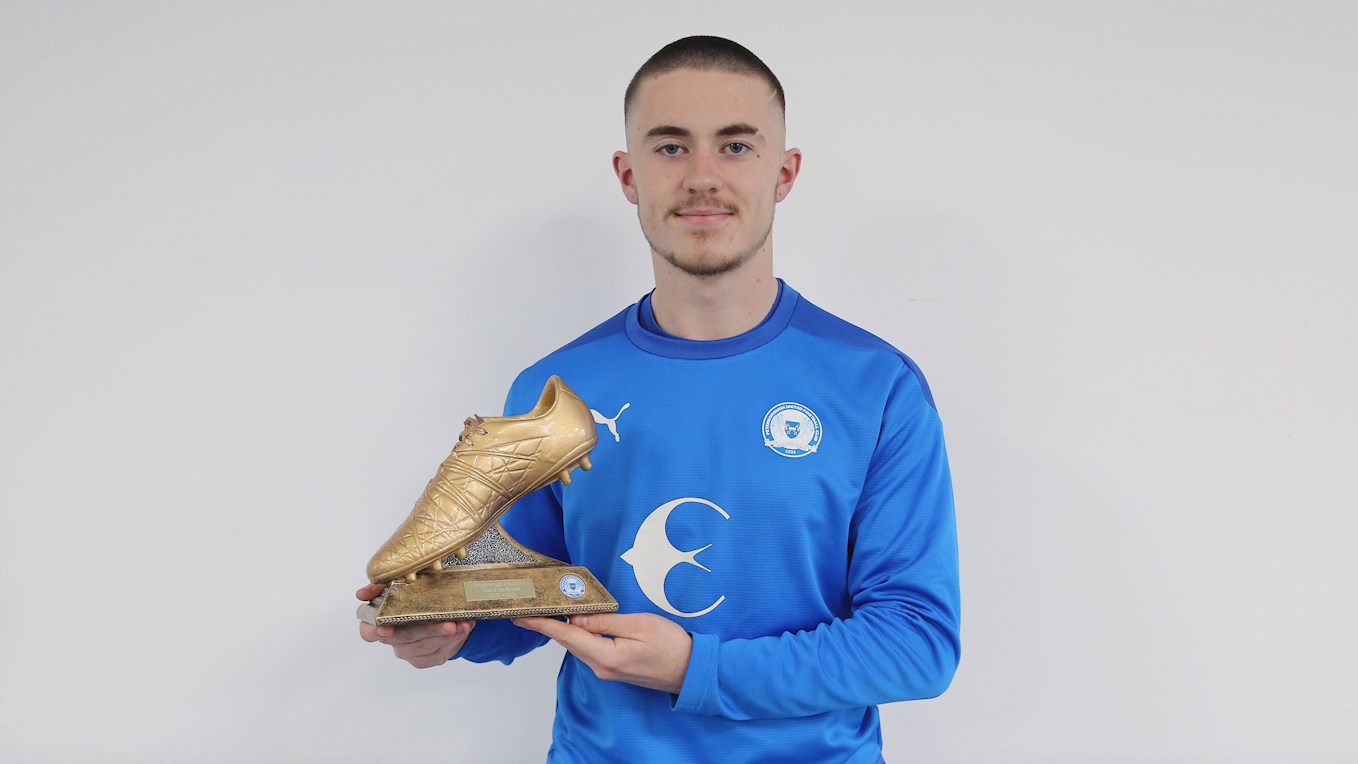 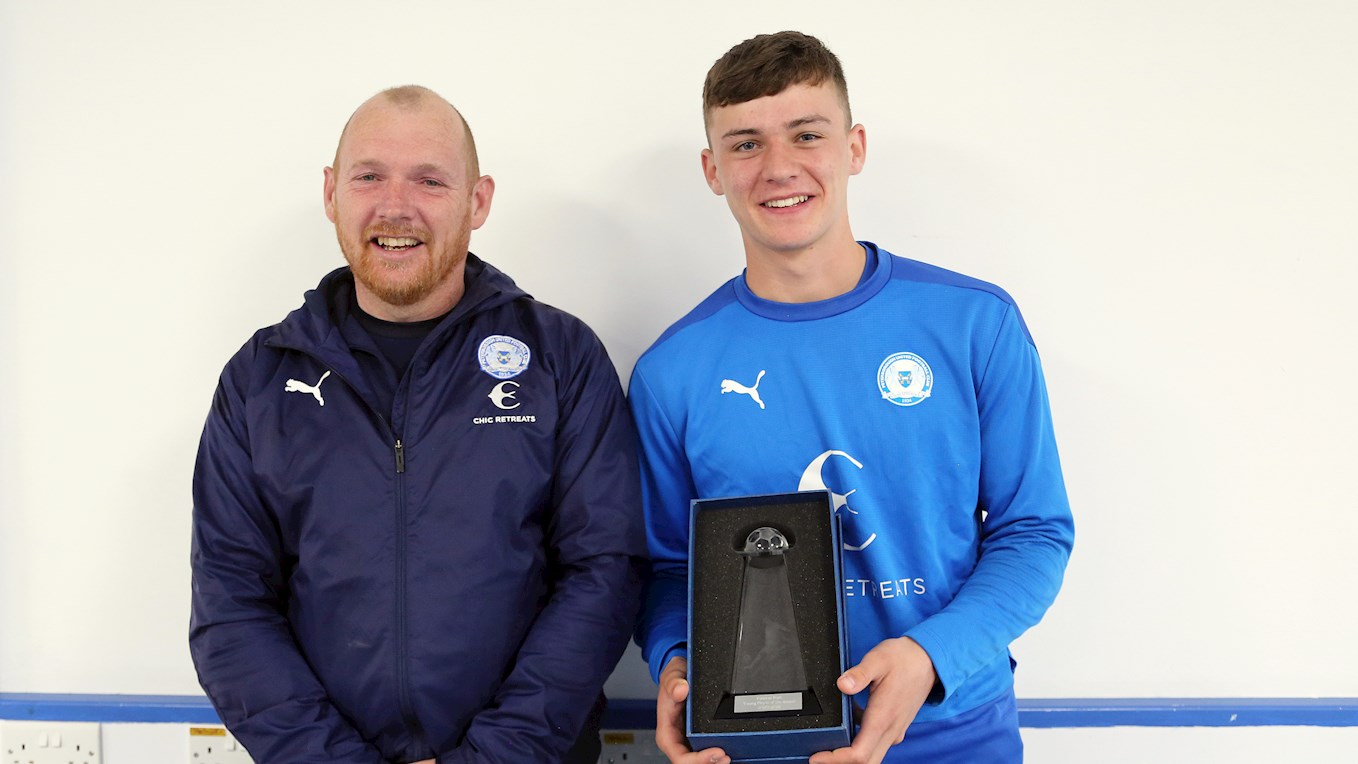 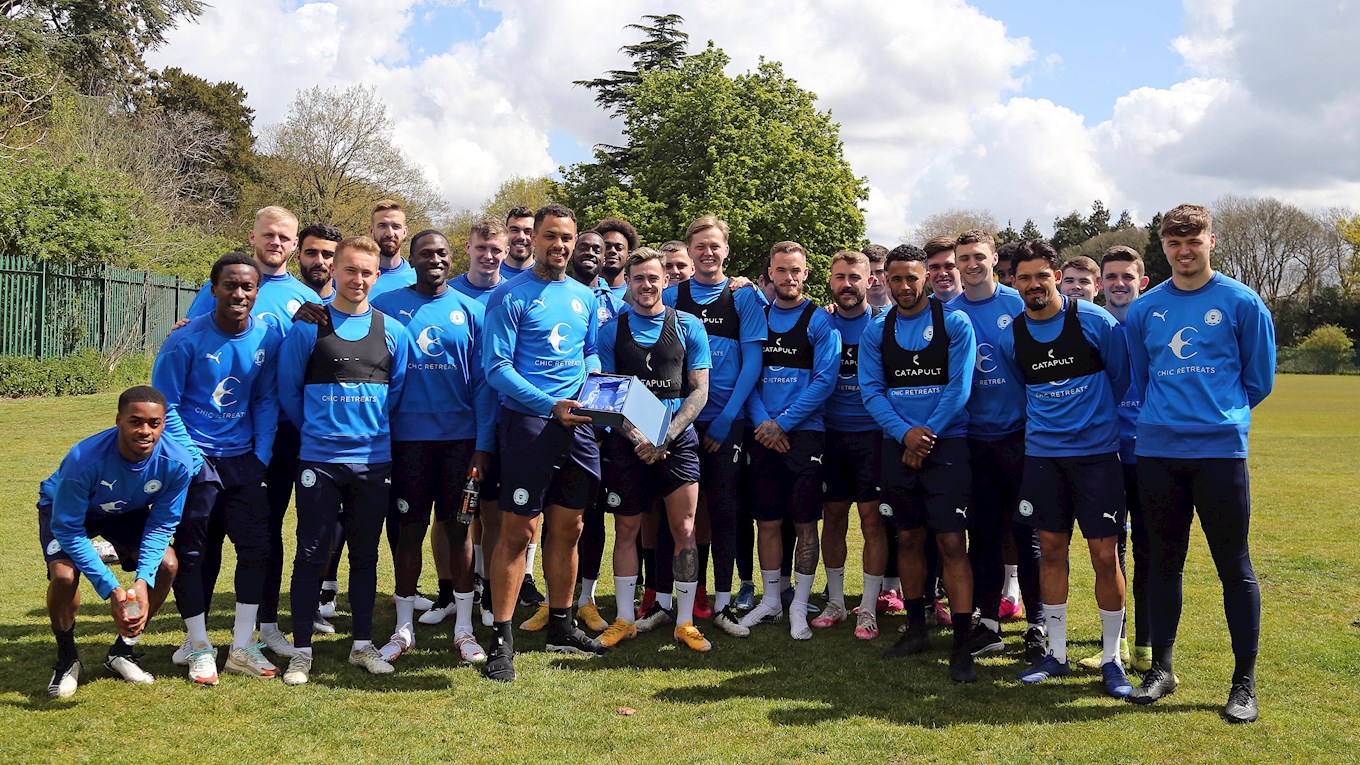 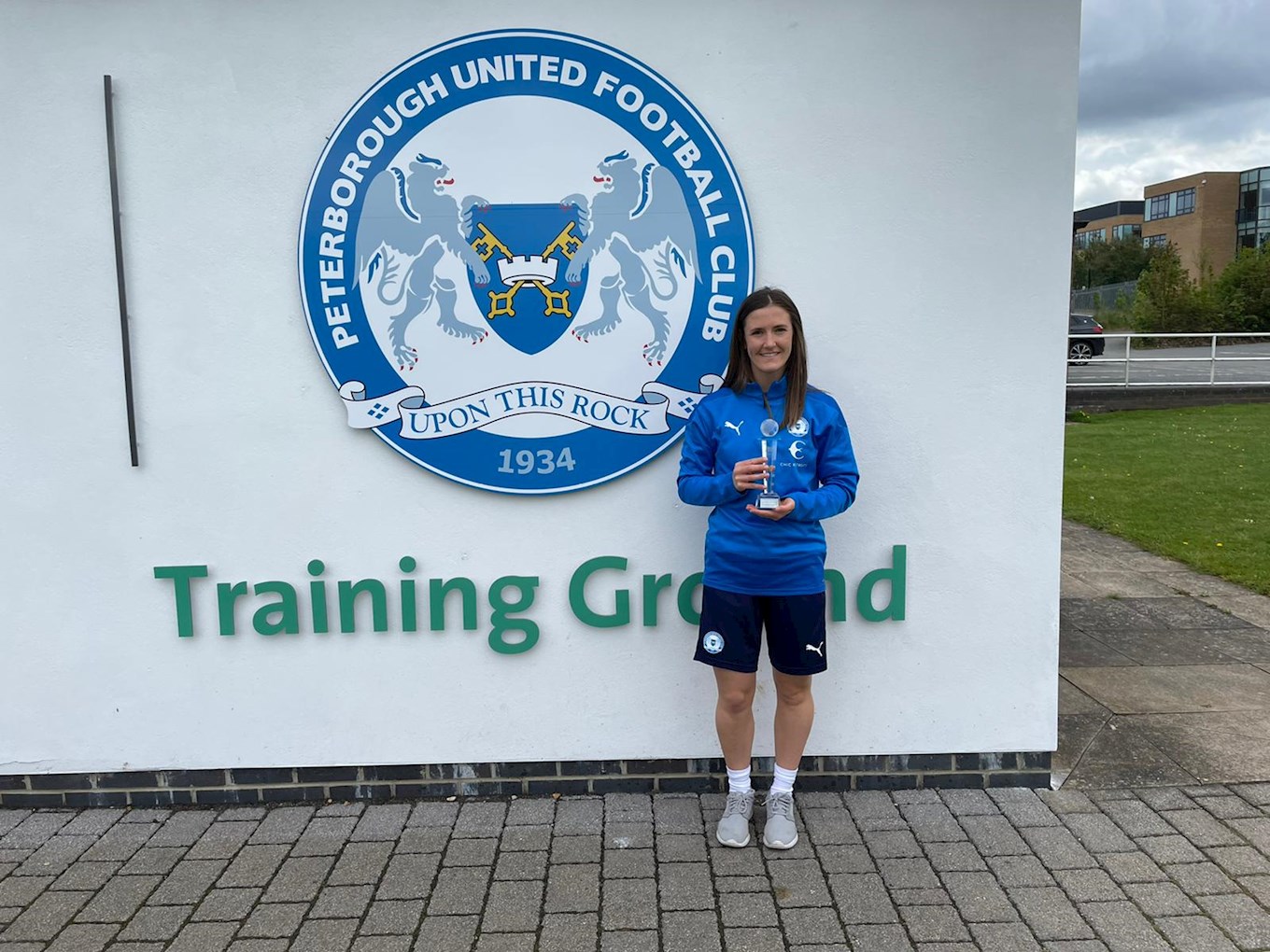 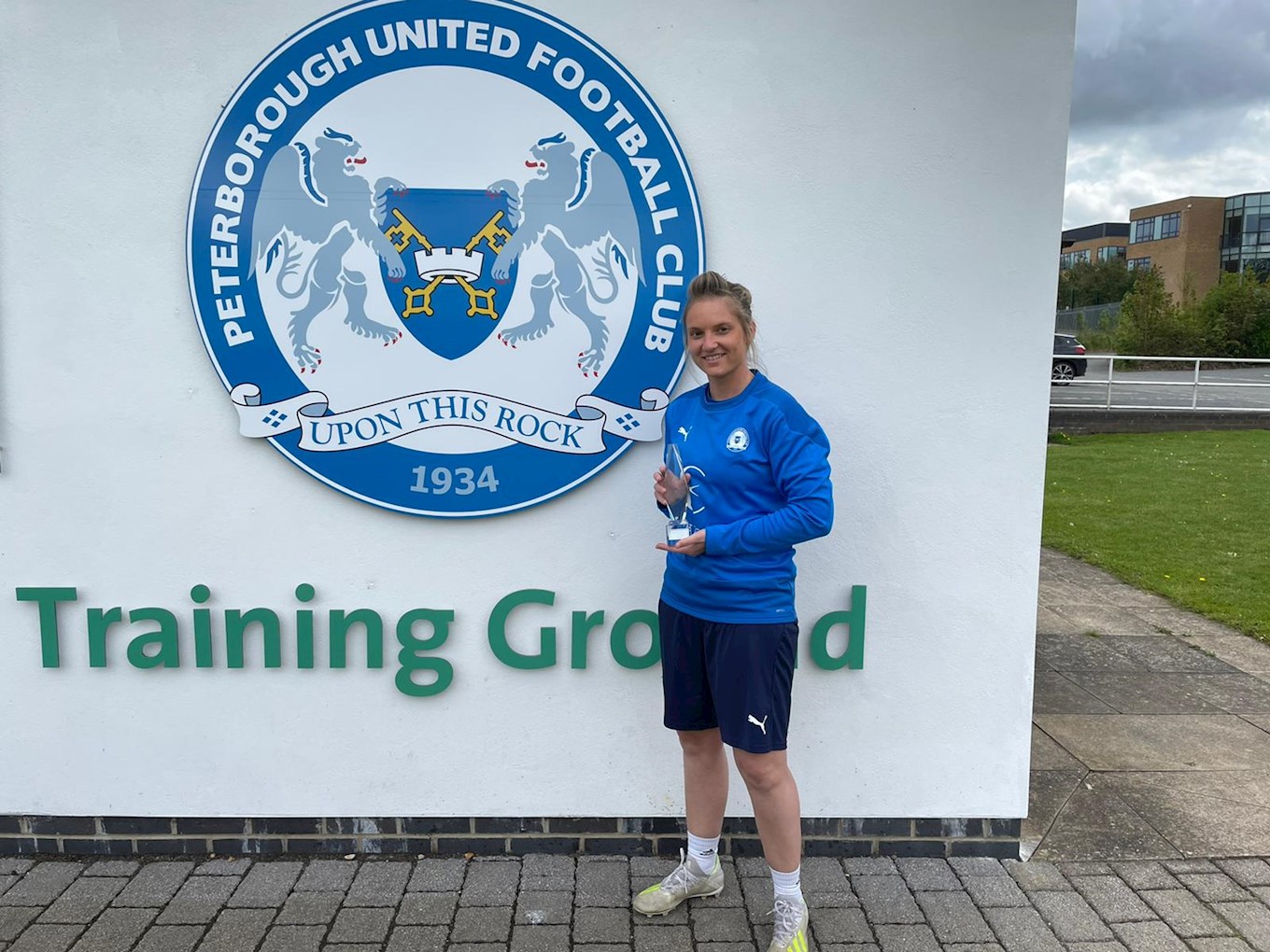 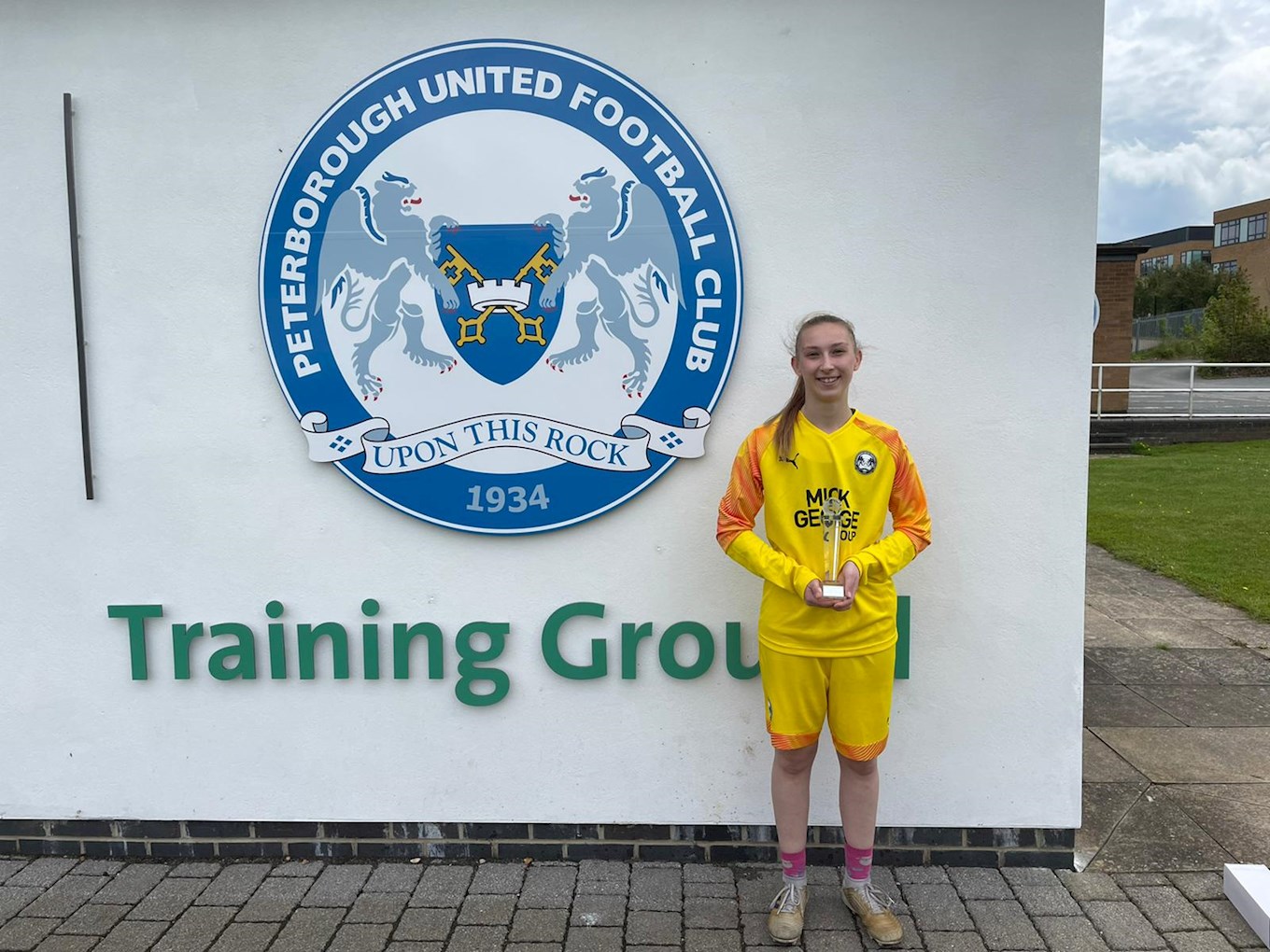 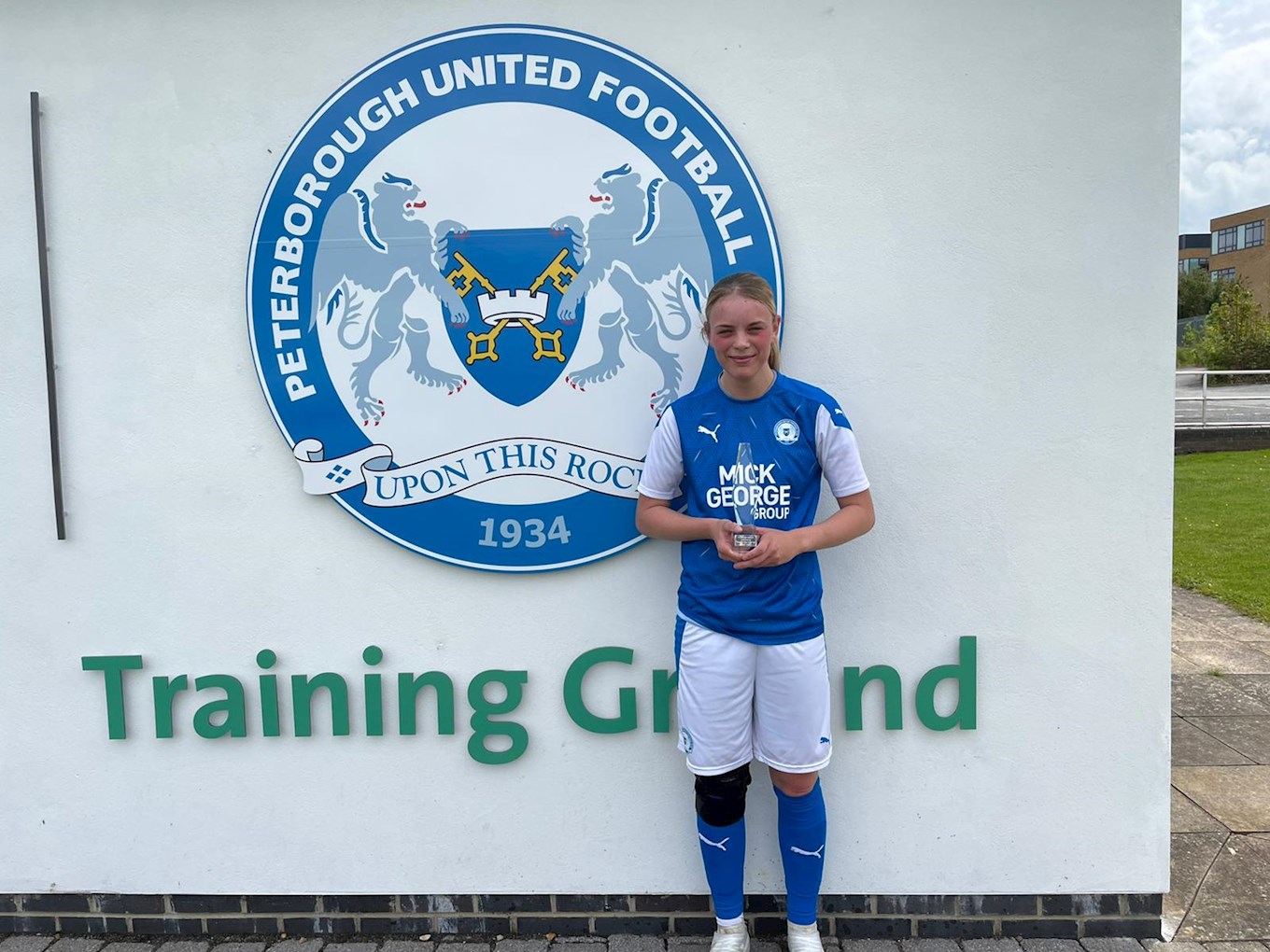 Posh front man picked up two trophies at the end of season awards.

Peterborough United striker Jonson Clarke-Harris has been named the foreverposh Player of the Year after his 31 league goals (33 in all competitions) helped the club secure promotion to the Sky Bet Championship.

The award, which was voted for by supporters online, was the first of two gongs for Clarke-Harris, who also took home the Players’ Player of the Season. “I am proud of what I have achieved and more importantly, what the team have achieved this season. I said when I arrived that I wanted to help the club get promoted and I have done that.

“When you win personal awards like these, it is always important to thank your team-mates because without them, I wouldn’t be receiving them. I want to also thank the supporters, they have only seen me play once I think this season, but they have great.”

Meanwhile, teenager Flynn Clarke, who has progressed through the club’s Academy system, scooped the Goal of the Season award for his effort against Cambridge United at the Abbey Stadium in the EFL Trophy. Clarke pipped Jack Taylor and Dan Butler to the award and was quick to thank those who voted for him in the online poll.

“Thank you to everyone who took the time to vote, it is very much appreciated. To win an award like this caps what has been a memorable campaign for me, I have made a few appearances in the first team and the goal I scored against Cambridge will be something I won’t ever forget,” Clarke said.

The under 18s Players’ Player of the Year award went to skipper Charlie O’Connell. O’Connell, who made his first team debut as a substitute in the 4-1 win at Doncaster Rovers on the final day of the Sky Bet League One campaign, was delighted to win the award.

“It has been a good season on and off the pitch this year, we have been successful by winning the league and getting to the final of the League Cup and we enjoyed the FA Youth Cup campaign. I am delighted to win this award, it means a lot,” O’Connell said.

The foreverposh Young Player of the Year went to Harrison Burrows. The award, which was voted for by Darren Ferguson and Academy chief Kieran Scarff, recognised Burrows’ for his achievements this season, which included a first senior goal.

“I have managed to contribute with assist and get my first goals for the club, so it has been a memorable campaign for me personally and to top it off, we got promoted to the Championship. I have been with the club a long time, so it is a great feeling to be named the Young Player of the Year,” Burrows said.

The Posh Ladies Reserve Team Supporters’ Player of the Year was Emily Smith while Katie Cooper was named the Players’ Player of the Year in the reserve team. “It means a lot that the supporters have chosen me as their winner because there are a lot of players in the team that deserve this award. I am very grateful,” Smith said.

Cooper was ecstatic that her team-mates had chosen her as the Players’ Player of the Year. “It has been a challenging year with Covid curtailing our season and then we were back playing in front of no supporters. Football is my life so when it is taken away from you it can be difficult, but I am really pleased to win this award.”

In the Ladies’ first team, Stacey McConville was named the Supporters’ Player of the Year and said: “It feels great to win, I wasn’t expecting it. The supporters are a huge part of what we are trying to do, we have been successful over the last few seasons in difficult circumstances with Covid-19 so it really is an honour that the fans have chosen me as their winner.”

Hannah Pendred was named the Posh Ladies Players’ Player of the Season and she was grateful to her team-mates for selecting her as the winner. “I am delighted to win this award. It means a lot that my team-mates have picked me as the winner. It is a great feeling.”

The final award of the night was the Outstanding Contribution to Peterborough United award and everybody at the football club were thrilled to announce that the recipient of this trophy, is the wonderful Posh fans.

Sammie Szmodics said: “We know how tough it has been for the supporters not to be here cheering us on and we can’t wait for you guys to be back at the Weston Homes Stadium when we are in the Championship. We thank you for your support, it means a lot to us all.”

There will be regular competitions to ‘keep’ this award for seven days starting soon, so make sure you keep your eyes peeled to the website.