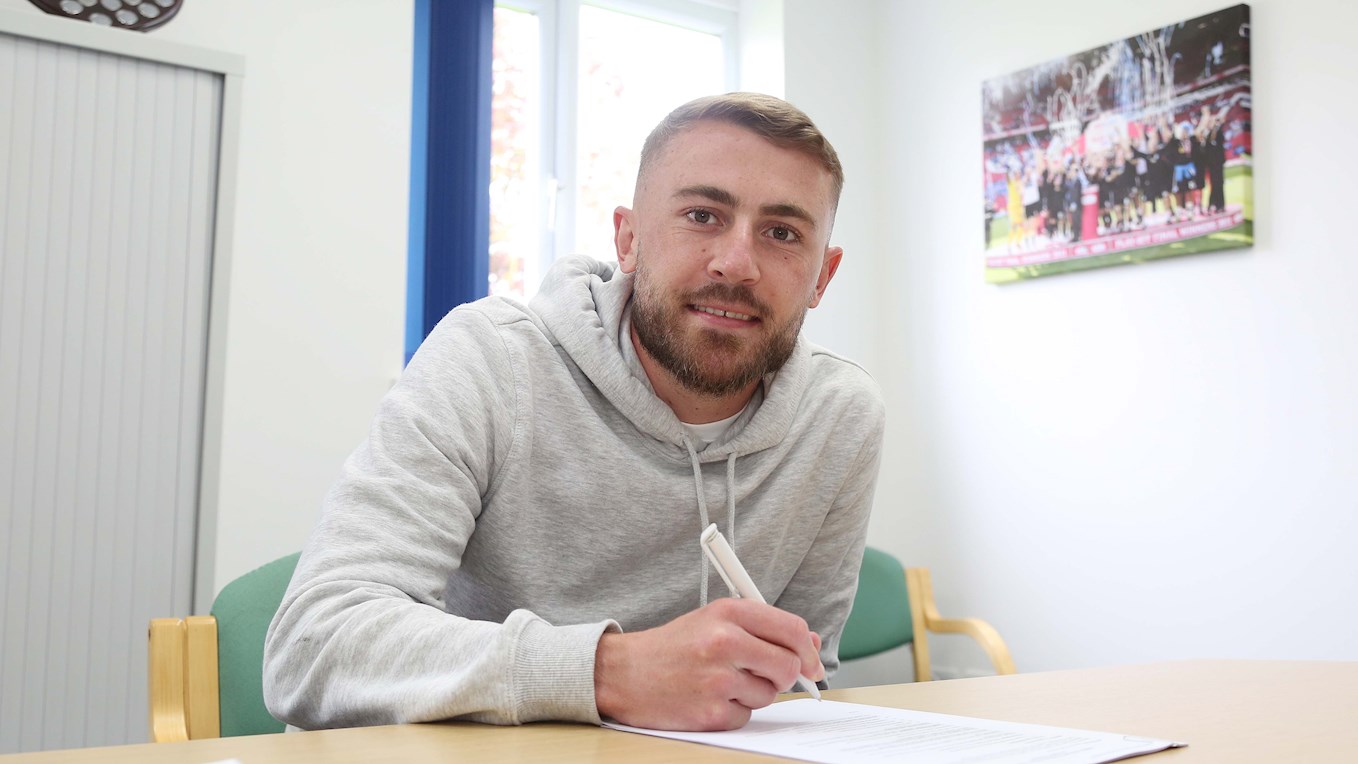 Peterborough United defender Dan Butler has put pen to paper on a new three-year contract at the Weston Homes Stadium, completing the formalities at the idverde Training Ground on Friday afternoon.

Butler (26) joined Posh in the summer of 2019 from Newport County and made 45 appearances last term in all competitions as Darren Ferguson’s men secured automatic promotion to the Sky Bet Championship.

Ferguson was delighted to get Butler tied down on a long-term contract. “Dan is a great character; he is another one that was coming to the end of his contract, so it was important that we got it over the line. You need athletic players; Dan has been part of the backbone of this team and you are going to need character in abundance next season.

“We are delighted he has agreed. He has performed really well in a couple of different positions. He loves coming in every day, he is a big part of what we are trying to do. Credit to the chairman and the co-owners that we have managed to get it done so quickly, they, alongside Barry, have moved swiftly once we got promoted against Lincoln to get these contracts sorted,” Ferguson said.

Butler, who netted one stunning goal last season in the win at Bristol Rovers, admitted it was an easy decision to make to commit to the club for the next three years. “It was probably the easiest decision I have made in football. I am really excited for the future; a lot of the boys are already signed up and we can look forward to what’s ahead.

“It is nice to get it done early, I think that suits both parties, the club so they know what is going on, but also my family, I have a young family and where we are based, we are already settled so it will be easy. I think what we achieved last season has sunk in over the last seven days or so, it is the first time I have got to see my family and friends and speak about it.

“It has hit home that I am going to have an opportunity to play in the Championship and four or years ago I would not have thought that would happen, so it feels good, but I know that I have a lot of hard work ahead of me but I am looing forward to it,” Butler said.