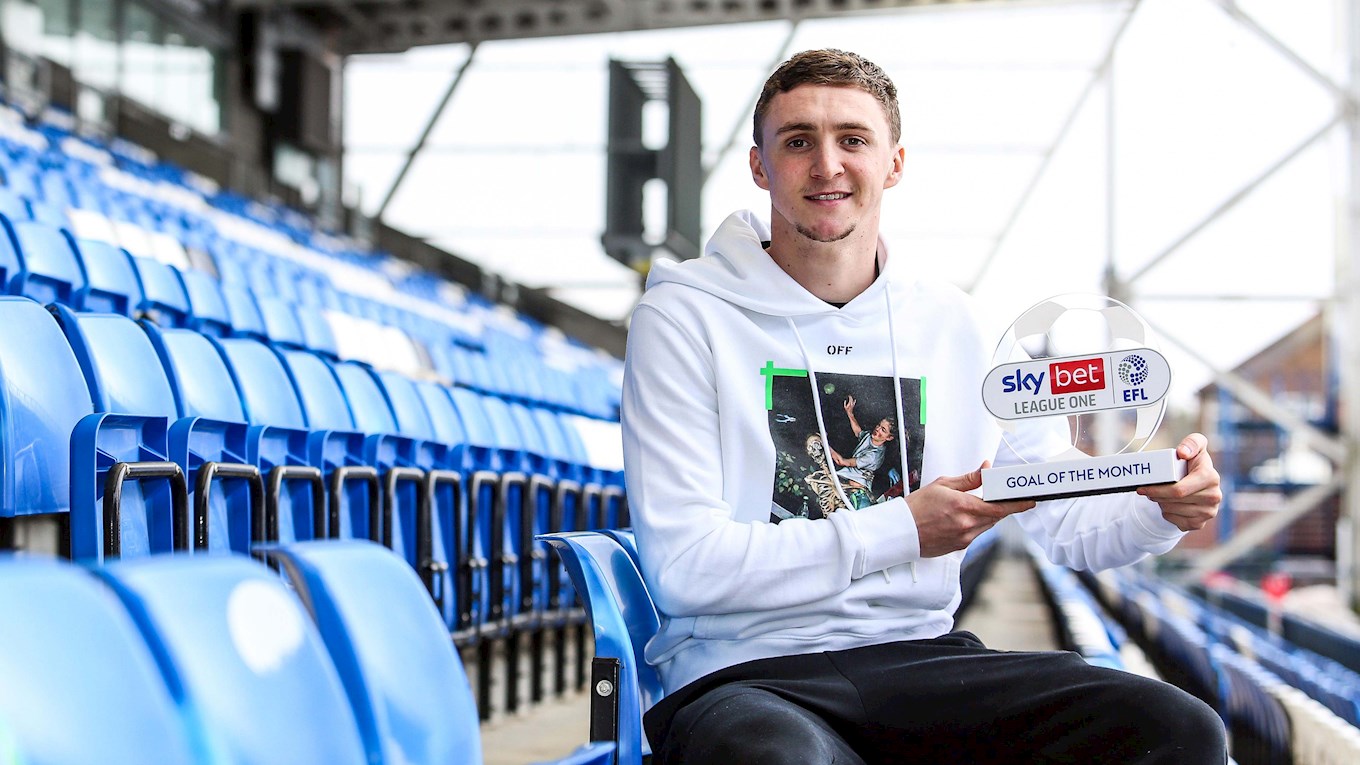 Jack Taylor has won the EFL League One Goal of the Month for February.

Peterborough United midfielder Jack Taylor is the Sky Bet League One Goal of the Month winner for February, receiving 46% of the public vote.

Hard, fast and true. As the ball was laid into his path 25 yards out, Taylor swung his right foot and arrowed home a shot that was timed so exquisitely, it was still rising as it struck the net.

Taylor said: “I was really pleased with the goal, I caught it really sweetly and I was delighted to see it find the top corner. Most importantly it helped us get three points. I want to thank everyone who took the time to vote for me, it is really appreciated”

The winners of the Sky Bet EFL Goals of the Month were chosen after a fan poll on twitter. The shortlist for the poll is decided by a judging panel. The judging panel comprises Sky Sports’ EFL expert Don Goodman; Sky Bet Sponsorship Executive Matt Goodwin and EFL Media & PR Officer Billie Marshall.