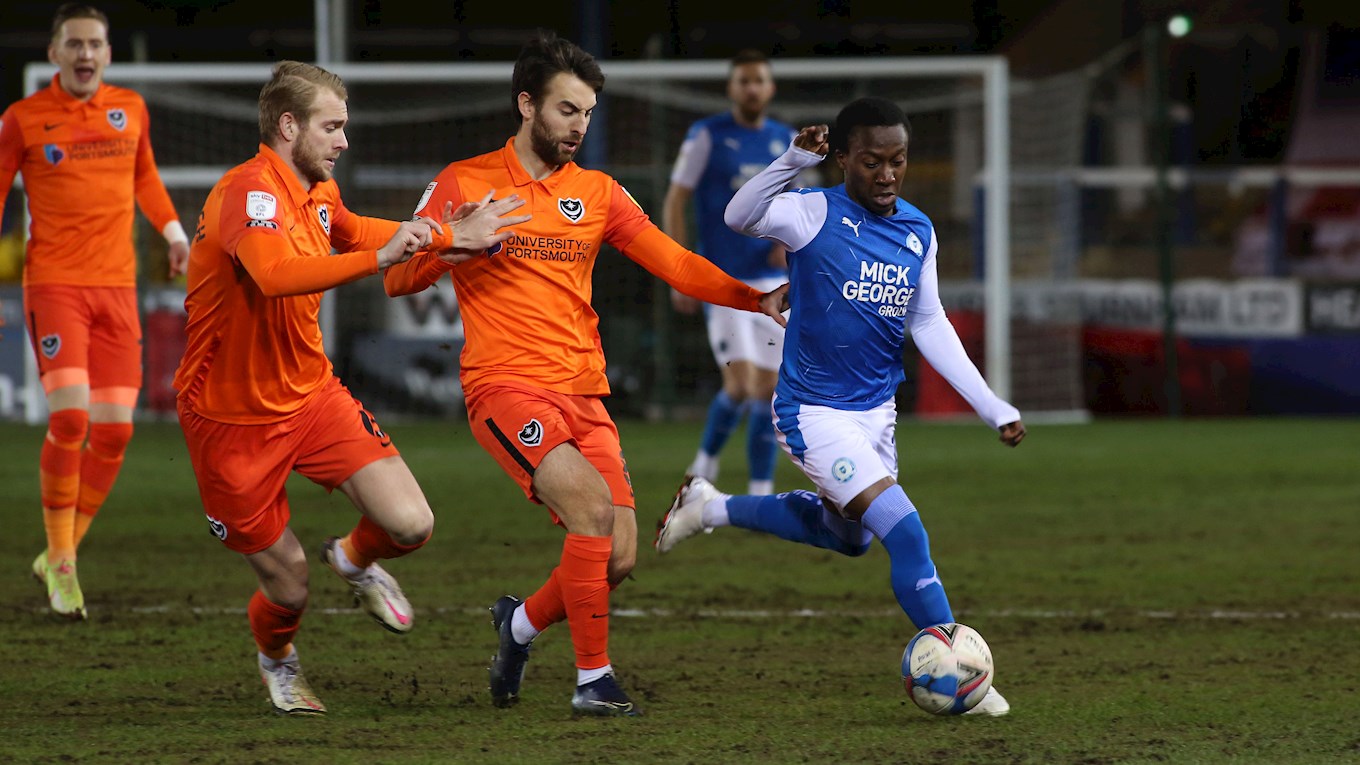 Match report for Peterborough United vs Portsmouth on 16 Mar 21

Posh secured a hard-fought 1-0 victory over Portsmouth at the Weston Homes Stadium.

Peterborough United battled bravely to secure three vital League One points as a first half corner kick from Harrison Burrows was the difference between the two sides at the Weston Homes Stadium.

Siriki Dembele headed wide from a Frankie Kent centre on five minutes as Darren Ferguson’s men made a bright start against Pompey. However, that bright start didn’t yield chances in front of goal with neither keeper called upon in the opening exchanges to make a save with the visitors content to sit in and allow Posh to have possession in deeper areas.

On 31 minutes, Posh opened the scoring in bizarre circumstances as an in-swinging corner from Harrison BURROWS has found the back of the net with keeper Craig MacGillivray punching the ball onto the back of defender Nicolaisen and over the line while looking like he was over the line himself.

Dembele tested the keeper on 36 minutes with a curler from distance after cutting inside onto his right foot as Ferguson’s side tried to build on their lead. Pym was well placed to keep out a dipping Curtis effort on 37 minutes after Thompson was penalised for a trip.

Jack Whatmough was cautioned for a cynical foul on Dembele four minutes before the break as the diminutive front man knocked the ball past him in a wide area. Naylor headed a Brown free-kick wide of the target on 58 minutes as the visitors prepared changes.

Ferguson made a change of his own just after the hour mark with Mo Eisa replacing Dembele in attack. Eisa saw a low effort gathered at the second attempt by MacGillivray moments later after linking well with Clarke-Harris.

Reed did well to rob Close of possession on 71 minutes and advance into a shooting position, his strike was well-struck with the keeper parrying it to safety. Portsmouth made a double change on 72 minutes with Jordy Hiwula and Harvey White introduced.

Pym was well placed to pluck a drive from Hiwula out of the air as the game moved into the final 10 minutes at a tense Weston Homes Stadium. White nodded a header over the crossbar from a right-wing centre as Pompey pressed.