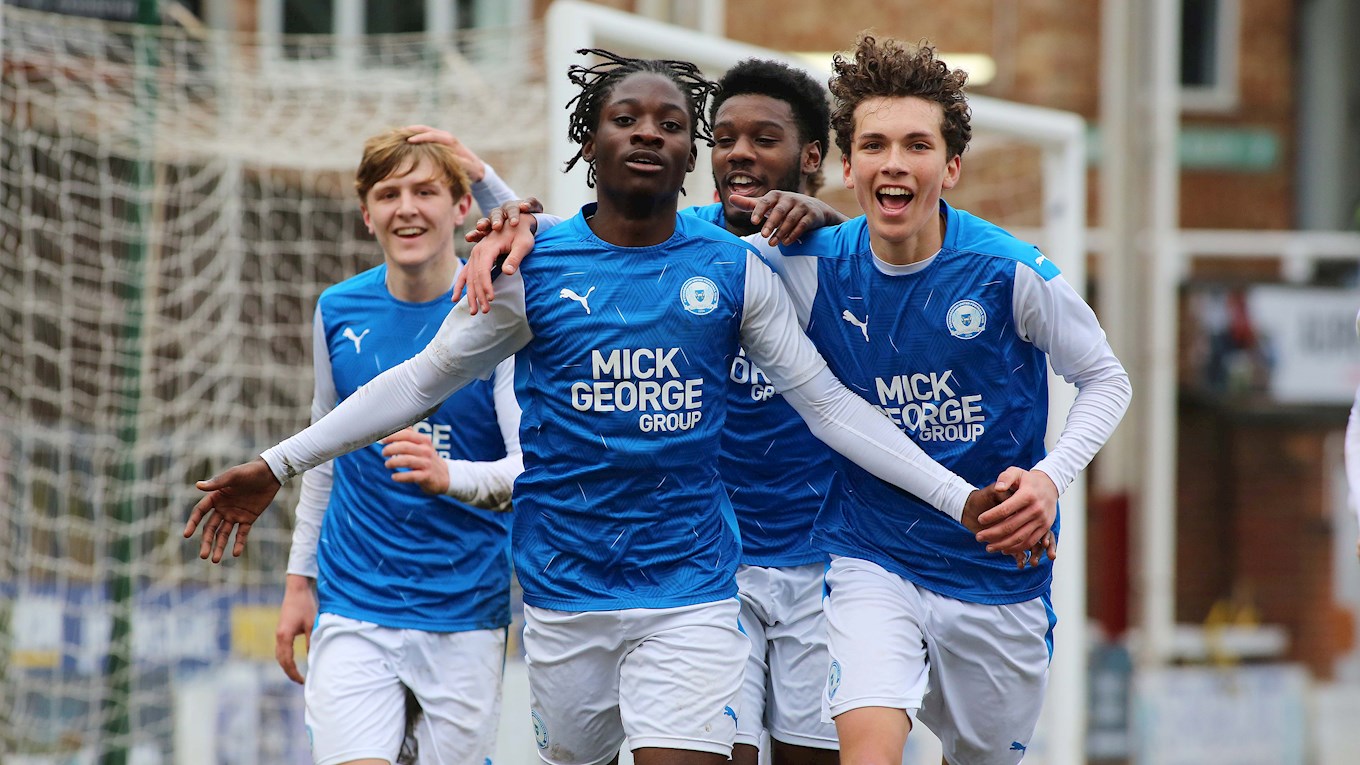 Posh under 18s will face Sheffield United in fourth round of the FA Youth Cup after excellent victory over Doncaster Rovers.

Despite missing 12 eligible players through a combination of injury, suspension and illness, the Peterborough United under 18s came from behind to beat Doncaster Rovers 2-1 at the Weston Homes Stadium to move into the fourth round of the FA Youth Cup.

Matthew Etherington’s men made a bright start with an excellent cross from Shaun Keane picking out Harmeed Ishola, but he couldn’t keep his header on target. Ricky-Jade Jones tested goalkeeper Ben Bottomley with a well-struck shot on six minutes, but the Doncaster Rovers shot-stopper was well placed to keep it out.

Jones hooked a shot over the top from a tight angle on 28 minutes as Posh pushed for the breakthrough. However, it was the visitors who were handed the chance to open the scoring on 33 minutes as Ishola was penalised for a high boot in the box allowing Liam RAVENHILL to smash a penalty straight down the middle to give Rovers the lead.

Posh made a change on 65 minutes with Jones withdrawn, Kellan Hickinson the man given the opportunity to try and get the youngsters back into the tie. Bottomley made a fine save to keep out a powerful O’Connell header from a Hickinson set-piece on 68 minutes as Posh came close to finding the leveller.

On 70 minutes, Posh drew themselves level, a fine burst into the box by substitute Hickinson was ended by a trip by Bell with the referee quickly pointing to the spot. Skipper O’CONNELL stepped up and coolly found the bottom corner.

Will Lakin produced a fine stop from a Bojang free-kick moments later as the visitors made a lively response to the setback of being pegged back to 1-1. Nicky Gyimah-Bio saw a free-kick tipped over by Bottomley on 82 minutes with both sides keen to settle the contest before extra-time.

Bottomley was at it again on 85 minutes, racing from his line to smother at the feet of Gyimah-Bio as he tried to lift the ball over the advancing keeper after good work by Hickinson. With four minutes remaining, Posh grabbed the lead as Bottomley spilled a deflected Hickinson shot into the path of GYIMAH-BIO who fired home from close-range.