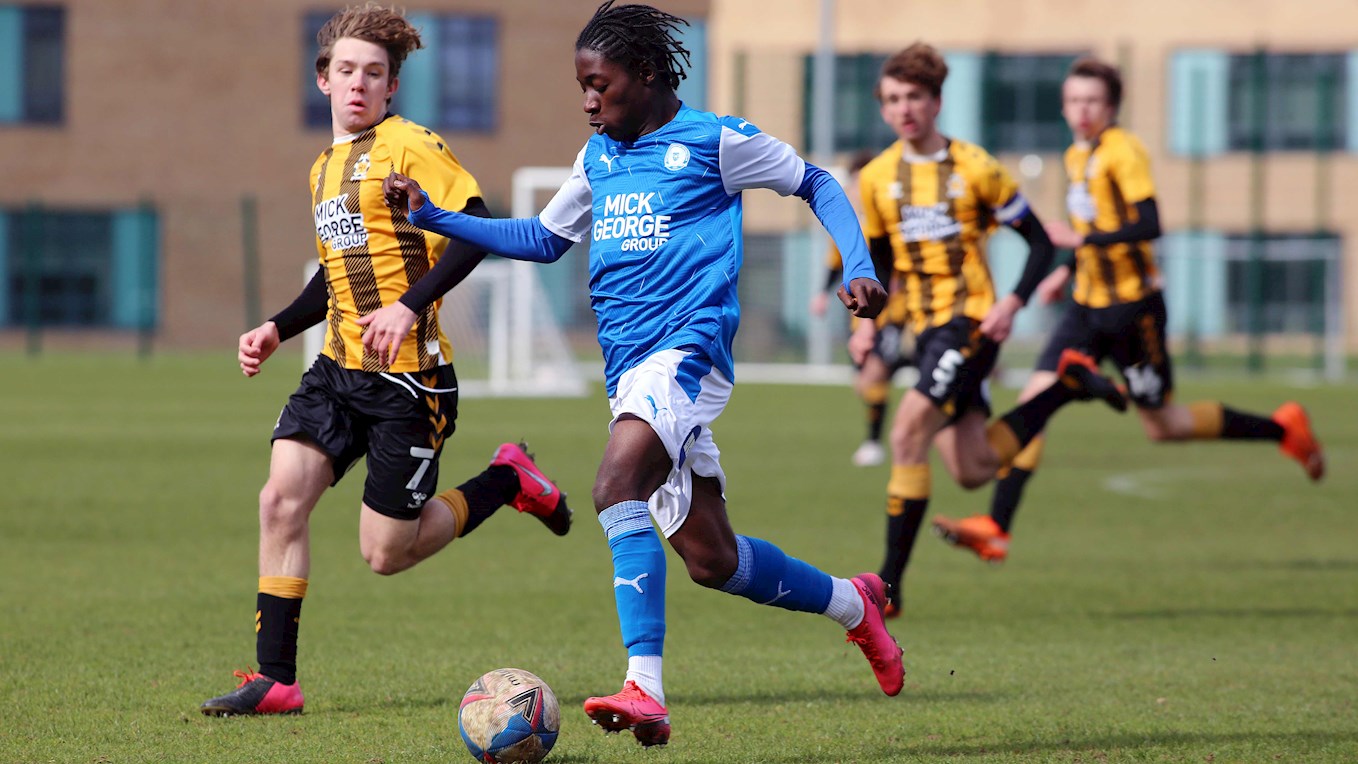 The Peterborough United under 18s are into the Youth Alliance League Cup final after beating local rivals Cambridge United on penalties after a hard-fought 1-1 draw at the idverde Training Ground in difficult windy conditions on Saturday morning.

Matthew Etherington’s men will face either Gillingham or Exeter City in the final, which is expected to be played on a neutral ground. Posh travel to Brammall Lane to face Sheffield United in the fourth round of the FA Youth Cup on Saturday (1pm), with that tie set to be streamed live on YouTube. Posh have already won the league title and Etherington was delighted to reach the final of the league cup against the U’s.

“Credit to Cambridge because they came with a new plan, changed their formation and caused us some problems in the first half. Goalkeeper Will Lakin made three really good saves in tricky conditions but we battled hard and got a really good equaliser from Nicky Gyimah-Bio to send the tie through to penalties. We showed some good resilience to come from behind again. Great character from the lads.

“Our penalties were good, they missed one and we scored all of ours so credit to the players for their composure. It is great to be into the final of the league cup, we wanted to do well in the competition and now we wait to find out who we will face,” Etherington said.

The Gills are due to face the Grecians this week, so Posh should know their opponents ahead of the weekend. It is now three years since Cambridge have beaten Posh and considering Etherington has had to deal with a whole host of injuries and illness in the camp throughout the campaign, it is a wonderful achievement to have come this far.