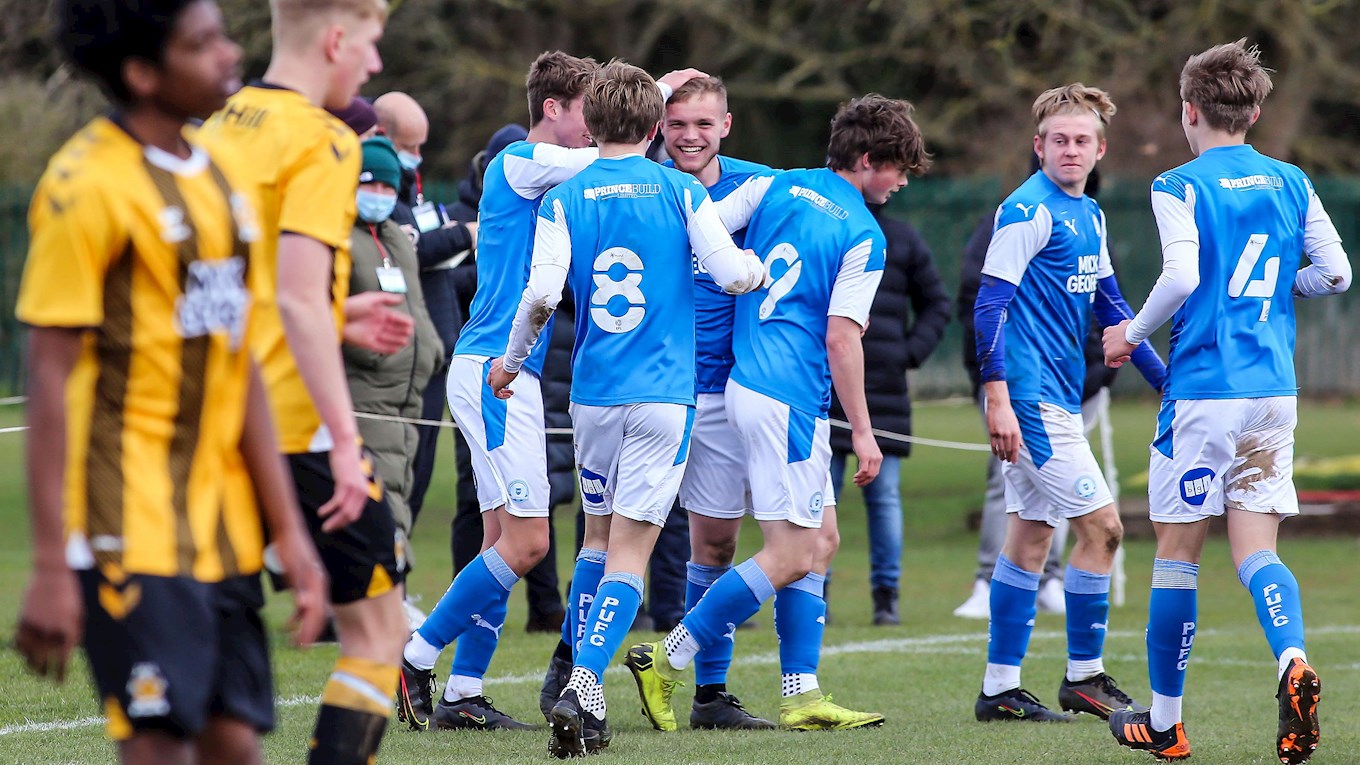 On an extremely windy morning at the idverde training ground, the Peterborough United under 18s overcame local rivals Cambridge United 3-0 with two goals in as many minutes in the second half doing the bulk of the damage.

Nicky Gyimah, who had earlier seen two efforts repelled by the U’s shot-stopper, opened the scoring midway through the first half, latching onto a through ball, using his pace to good effect before lifting the ball over the advancing goalkeeper.

Goalkeeper Will Lakin made three good saves in the first half, including in stoppage time, to preserve the lead at the interval before Posh secured the victory inside the opening 15 minutes of the second half.

Gyimah netted from close-range after using trickery to beat his man in the box to double the advantage before central defender Connor Peters met an inch-perfect free-kick from Kellan Hickinson to make it 3-0.

The visitors huffed and puffed without any reward in difficult conditions, but Posh were always in control and registered a comfortable success. After securing the league title, Posh and a number of teams from the eastern region are playing a number of fixtures while cup competitions continue – the Youth Cup third round tie with Doncaster Rovers takes place at the Weston Homes Stadium on Friday afternoon.