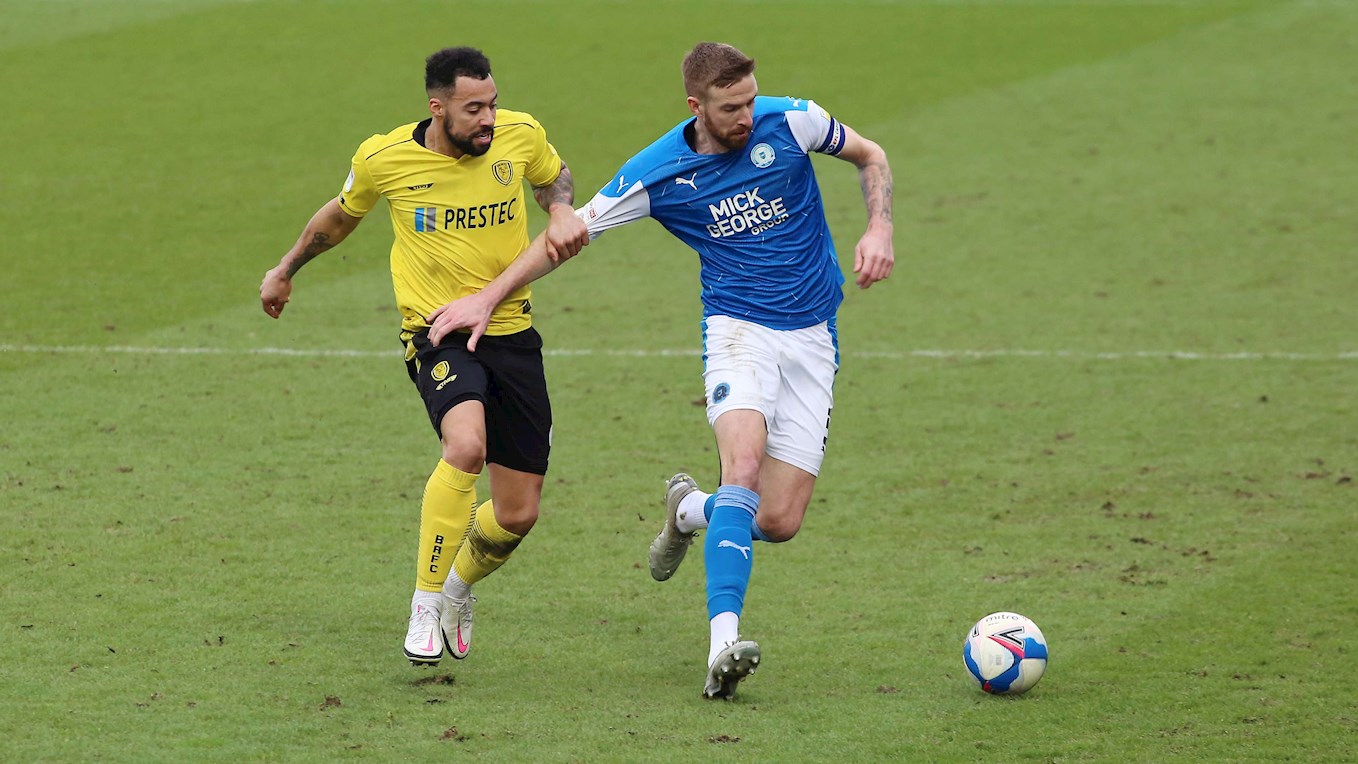 Posh beaten 2-1 by in-form Burton Albion in Sky Bet League One action at the Pirelli Stadium.

Peterborough United suffered a 2-1 defeat against Burton Albion as Jimmy Floyd Hasselbaink’s in-form side scored twice in five minutes during the second half to secure three more points as they continued to move away from the drop zone in League One with youngster Harrison Burrows’ late strike in vain.

Jonny Smith was cautioned for a foul on Siriki Dembele inside the opening five minutes after a lively start from both sides at the Pirelli Stadium. Sammie Szmodics saw a deflected effort beaten away by Ben Garratt with Jonson Clarke-Harris losing his footing as he attempted to convert the rebound from a very tight angle.

Christy Pym produced a stunning stop to keep out a Danny Rowe effort on 22 minutes as referee Mr Brook missed a blatant foul on Szmodics, who required treatment as a result. Szmodics volleyed wide from the edge of the box after a cross into the box was only half-cleared by Brayford.

Reece Brown fired well over the top from 30-yards on 34 minutes after Dembele did well to win the ball in midfield. Five minutes of added time was played at the end of the first half, but it didn’t yield any further opportunities in front of goal.

Clarke-Harris headed wide on 52 minutes from a clipped cross into the box as keeper Garratt ended up in no man’s land. Moments later the home side got themselves into the lead as a Smith cross-shot took a deflection, was parried by Pym and HEMMINGS was in the right place at the right time to tap home from close-range.

Clarke-Harris looped a header into the arms of Garratt on the hour mark from a Butler cross as Posh tried to get back into the contest following those two quick-fire goals from the hosts. Ward curled an effort over the top with his left-foot on 63 minutes as Darren Ferguson introduced Mo Eisa for Clarke-Harris.

Harrison Burrows replaced Butler on 67 minutes as Ferguson made a second change. Carter was well positioned to clear an Eisa shot after he did well to find a bit of space. Posh had a great opportunity on 79 minutes as Eisa raced onto a Kent pass but he lofted his effort over the crossbar.

Smith curled a shot wide of the upright on 81 minutes as the Brewers tried to grab a third goal. Deep into stoppage time, youngster Harrison BURROWS netted his first Posh goal with an angled strike that keeper Garratt could only get a hand too but it was not enough as the hosts secured a 2-1 success.