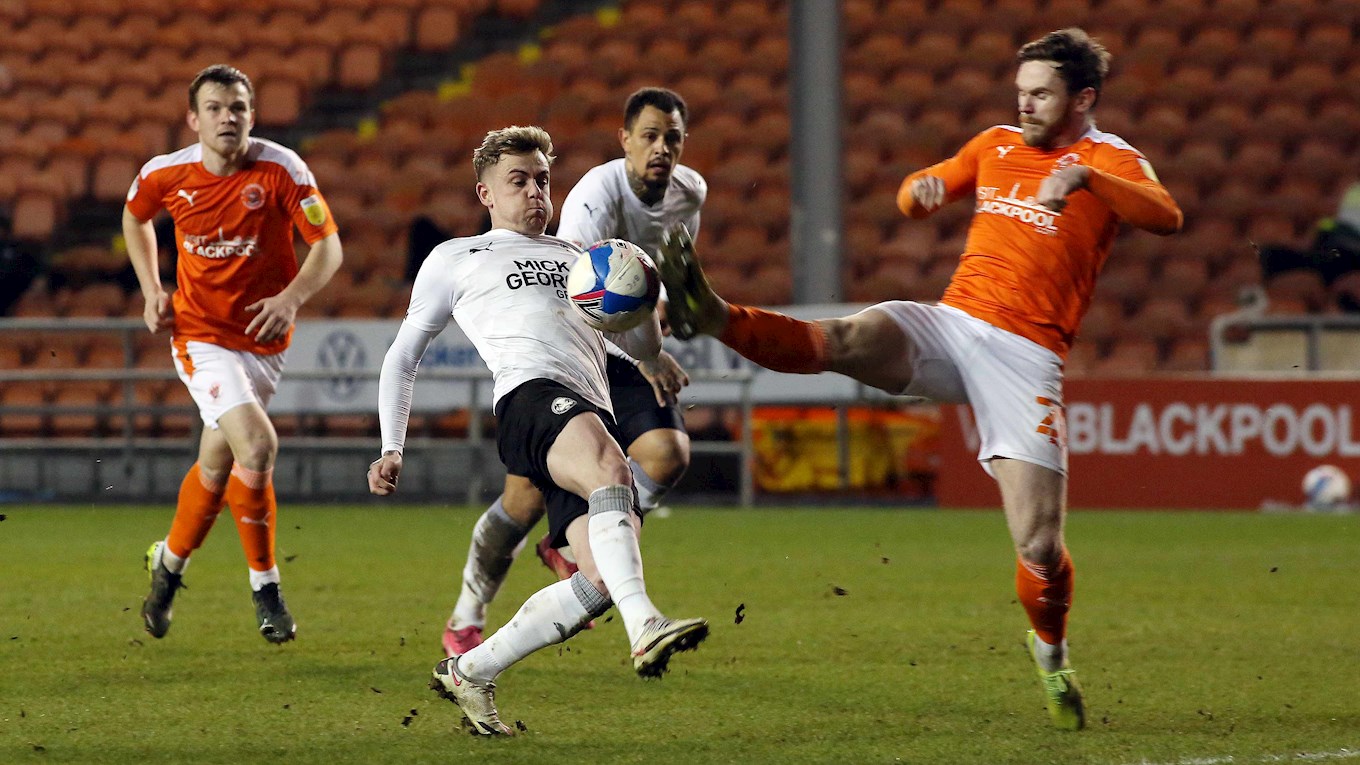 Match report for Blackpool vs Peterborough United on 23 Mar 21

Blackpool condemn sloppy Posh to a 3-1 defeat at Bloomfield Road.

It wasn’t an ideal start for Posh as the hosts opened the scoring inside the opening minute as Jerry YATES fired home from 25-yards past Christy Pym and into the back of the net. Pym was adjudged to have handled outside of the area on seven minutes following a long ball forward, but it was wide and referee Robert Madley decided the free-kick was punishment enough.

Mitchell fired a free-kick over the crossbar on 12 minutes after Butler was penalised for a foul on Kaikai. Yates fired wide of the near post moments later as Blackpool continued to dominate. Reece Brown was cautioned for a foul in the centre circle on Kaikai on the quarter hour mark as the frustrations grew. Kent followed him the book for a needless shirt tug on Kaikai as Mitchell’s low effort was collected by Pym.

Sammie Szmodics saw a shot on the turn go wide of the target after Mark Beevers had knocked down a clipped Ward free-kick. Deep into first half stoppage time, Posh drew themselves level as a deep Szmodics cross was volleyed back across the keeper by WARD with the ball clipping the inside of the post before finding the back of the net.

Grant Ward was cautioned for a foul on Thompson two minutes into the second half as the Posh defender advanced with the ball into midfield. Clarke-Harris headed the resulting free-kick from Ward over the bar from around 15 yards.

On 50 minutes, the hosts were back in front as a Garbutt corner was spilled by Pym, the resulting effort was blocked by the hand of Hamilton, who was cautioned and YATES converted the penalty, sending Pym the wrong way from the spot.

Just before the hour mark, Blackpool made it 3-1 as GARBUTT was allowed all the time in the world to work a short corner and fire a shot into the corner via a deflection. Darren Ferguson made a double change on 67 minutes with Harrison Burrows and Niall Mason replacing Butler and Hamilton.

Posh wanted a spot-kick on 78 minutes as Szmodics was upended in the box, but despite looking straight at it, the referee failed to give the decision. Mo Eisa replaced Szmodics moments later before Ferguson was cautioned for dissent, angry at that decision that didn’t go in his side’s favour.

Eisa had the ball in the back of the net from a Burrows centre, but the offside flag was raised and the goal as chalked off.