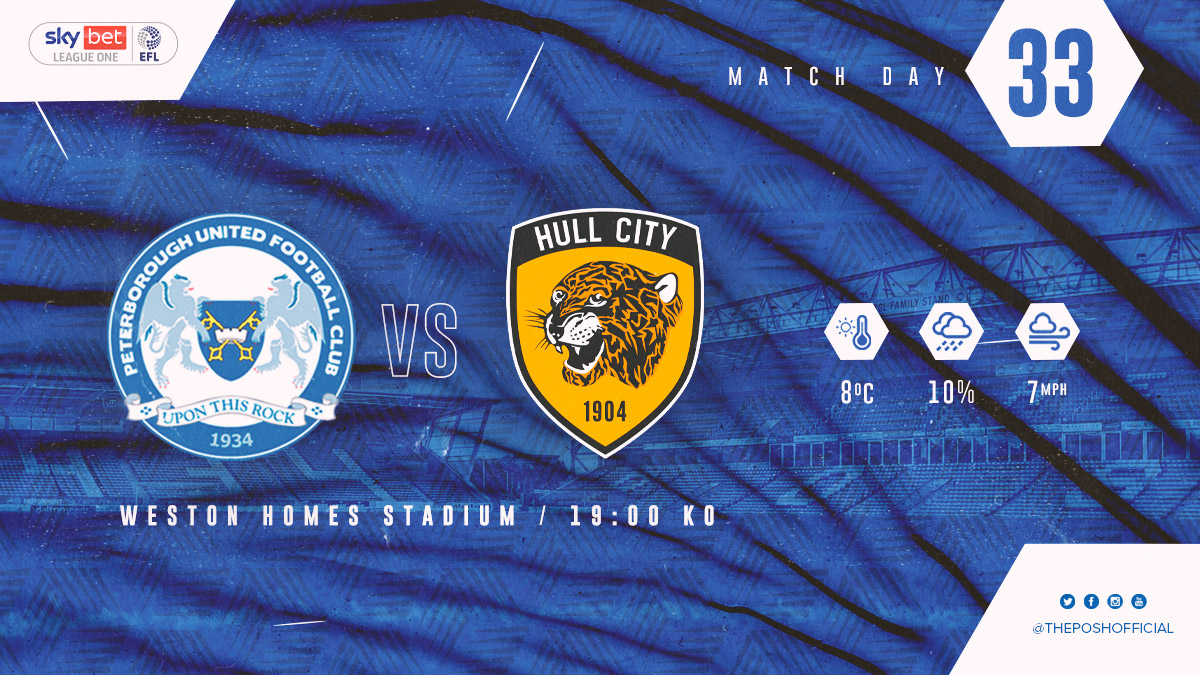 Peterborough United entertain Grant McCann’s Hull City at the Weston Homes Stadium on Tuesday evening (7pm) in Sky Bet League One action with both sides currently occupying the automatic promotion places at the top of the table.

The Tigers have won back-to-back fixtures, including Saturday’s 2-0 victory over Bristol Rovers to leapfrog Darren Ferguson’s men, who were beaten for the first time in eight games on Saturday at in-form Burton Albion.

Posh are without the services of influential midfielder Jack Taylor due to a hamstring injury, while talented teenagers Ronnie Edwards and Flynn Clarke remain side-lined with injuries, the latter until the end of the season. The squad all tested negative in their latest round of Covid-19 testing, while the manager has not reported any fresh injuries from the weekend.

Hull have a strong squad and have welcomed back George Honeyman from injury of late to boost their attacking options. Keane Lewis-Potter could start after coming off the bench at the weekend while Dan Crowley is another pushing for a start.

“I thought at the start of the season that Hull would be up there at the end of the season and to be fair they have been up there throughout the campaign so far. They have some good players, have been fairly consistent in their results and have scored a lot of goals away from home, while we have been good at home, so it will probably be a 0-0 now! We are confident, we are looking forward to the game, the lads were in good spirits on Monday, we addressed Saturday after the game and are now moving on from it,” Darren Ferguson said.

“It’s a club I know very well from my time there, I haven’t got a bad word to say about anybody there, there’s great people at the football club. It’s just another game for us, we’ll go there and try to perform. We’ll go there and look forward to the challenge, and hopefully we’ll get another three points,” Grant McCann said.

We would like to thank all of the supporters who have purchase an iFollow match pass this season, the support has been fantastic. Match passes are available for Tuesday’s game priced at £10 and you can purchase one here: