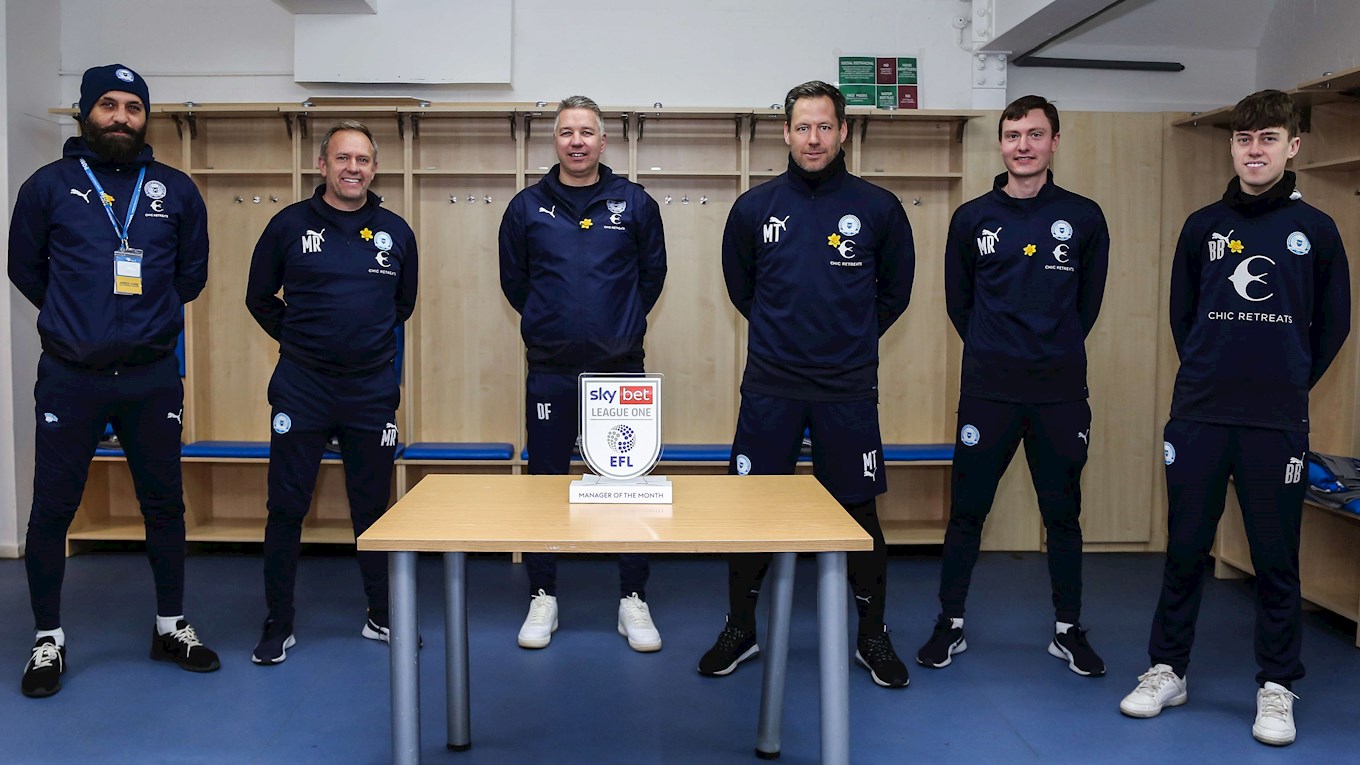 Ferguson Wins Manager Of The Month

Posh boss Darren Ferguson has been named the Sky Bet League One Manager of the Month for February.

Peterborough United manager Darren Ferguson has been named the Sky Bet League One Manager of the Month for February. A perfect month of six wins saw Posh move to the top of League One. Their 15-3 goal differential in February was remarkable in that 12 of those goals were scored in the second half of games – a testimony to the fitness and belief he has instilled.

Ferguson said: “This award is for my staff and the players, they deserve it. It was a great month for us, to win all of the games that we had in the month, particularly this season with the amount of games, was excellent. It has put us in a decent position in the league and we just need to carry it on.”

Danny Wilson chairs the Sky Bet Manager of the Month judging panel. He said: “A perfect February for Posh and Darren, with 18 points and a hatful of goals to put them in the pole position with games in hand.”

Sky Sports’ EFL pundit Don Goodman said: “No manager has won this award more than Darren Ferguson’s five since 2013, which highlights his ability to get a tune out of his much changed Peterborough sides over that time.

“Darren however, won’t be happy with a line of Manager of the Month awards on his shelf while the club are still searching for that elusive promotion that will take them and their talented side to the next level. February’s efforts put them in prime position.”

Sky Bet EFL trader Ivor Davies said: “Darren Ferguson guided Peterborough to six wins in six games during February as his side topped League One going into March.  Posh were as short as evens to win the league after they defeated Wigan 2-0 to make it six wins on the bounce but after a couple of defeats in the last week they have now drifted out to 5/2 second favourites behind Hull (7/4 favs) who beat Posh 3-1 on Tuesday at the Weston Homes Stadium.

“We still rate Ferguson’s men highly and with a front three of Clarke-Harris, Dembele and Szmodics to call upon, it won’t be long until they are back on the winning trail again.  They still have two games in hand on Hull as well at the top and we have them at 4/6 to be promoted this season from 13/8 at the start of February.”