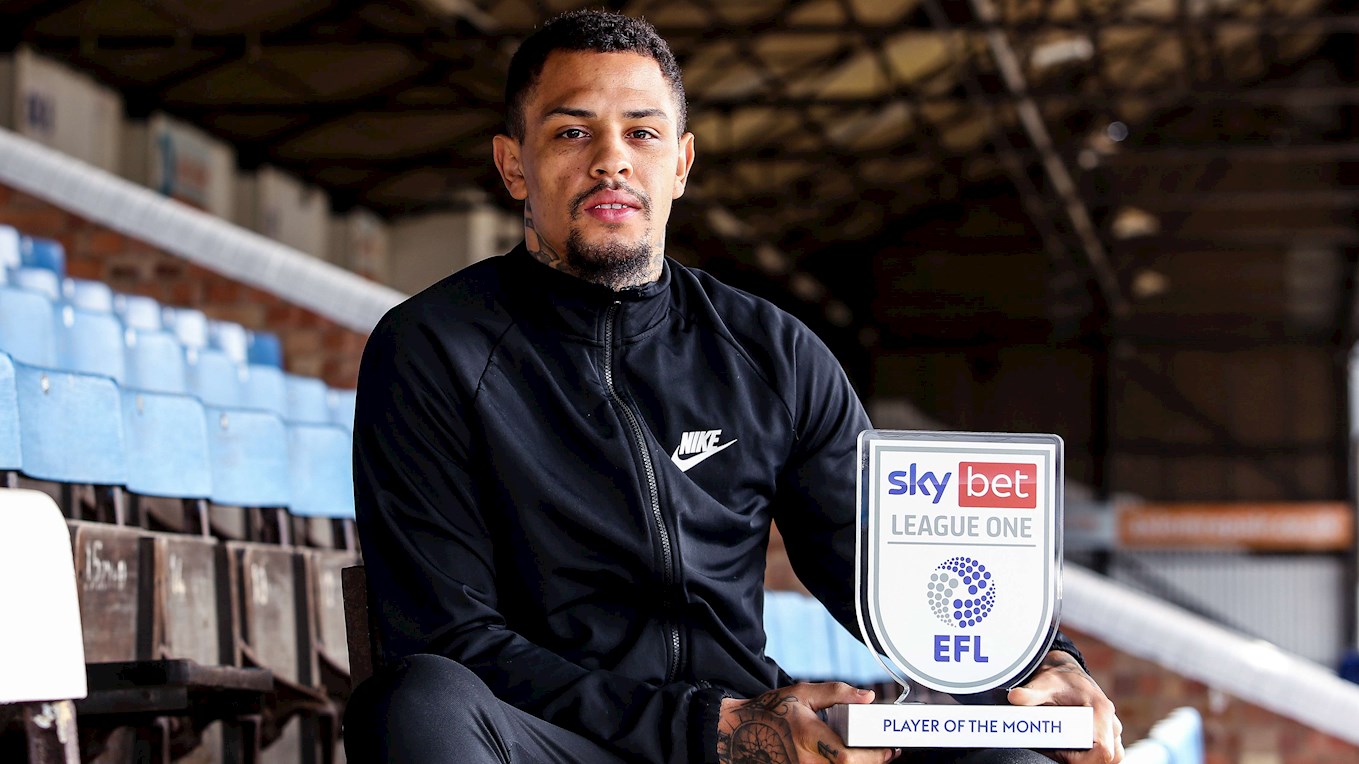 Posh striker Jonson Clarke-Harris has been named the Player of the Month for February.

Peterborough United striker Jonson Clarke-Harris has been named the Sky Bet League One Player of the Month for February.

Clarke-Harris scored in every one of his six February games with eight goals in total to lift Peterborough to the top of League One. His clever movement can be seen in the dynamic understanding he has formed with Sammie Szmodics and Siriki Dembele.

Peterborough manager Darren Ferguson said: “Jonson thoroughly deserves the award. To score as many goals as he did in the month and it wasn’t just his goals, it was his all-round play that helped us have such a good month. He has had a really good season on the whole, he just needs to finish it off now and he wants to do that.”

Clarke-Harris said: “I am delighted to win the award, but is more recognition for my team-mates and everyone at the club because we had a really good February as a collective. It was great to score as many goals as I did because that means my confidence is sky high, but it was more important that we won the games of football.

“In terms of the best goal I scored in the month, it would be the second goal I scored at Gillingham (a), it was a good ball in from Joe Ward and I managed to get a good flick on it to take it into the back of the net.”

Sky Sports’ EFL pundit Don Goodman said: “Peterborough have done it again with their recruitment, plucking Clarke-Harris from Bristol Rovers and giving him the service he needs to thrive, just as they did with Ivan Toney last season and countless other strikers that have lit up League One and gone on to succeed at higher levels.

“Losing a player of Toney’s quality was always going to be a massive blow to any team but the way Clarke-Harris has taken up the mantle, with 21 league goals already to his name, has been nothing short of phenomenal. Scoring in all 6 February matches, a total of 8 goals is a terrific effort.”

Sky Bet EFL trader Ivor Davies said: “Jonson Clarke-Harris leads the goalscoring charts in League One with a career high twenty one goals so far this season and at the current odds of 4/6 for promotion this season, he’s likely firing Peterborough into the Championship.

“The former Bristol Rovers man scored in every one of the six games he played in February and this saw his odds slashed from 7/2 into 8/11 to win the League One Golden Boot.  Posh were pre-season second-favourites for the League One title at 8/1 and having been on a great run of form last month, are 5/2 to take top spot.”