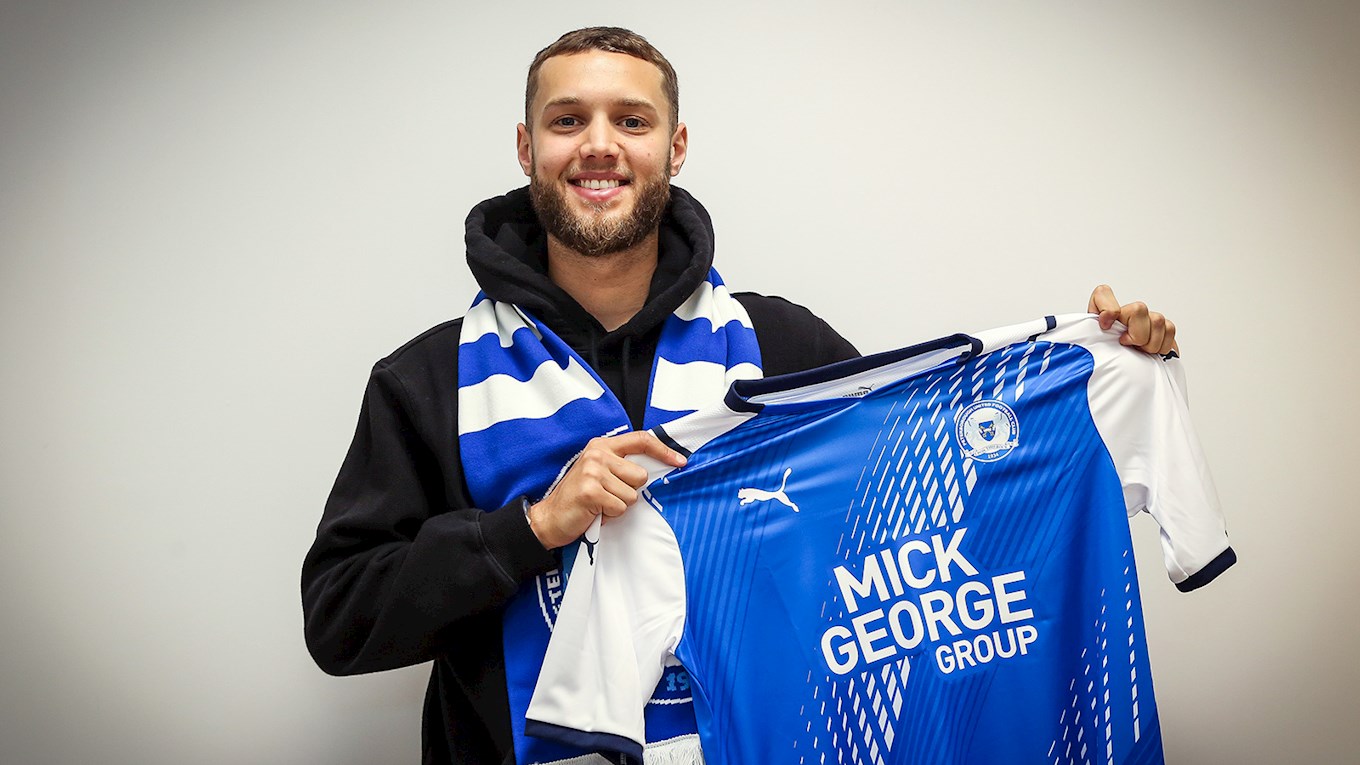 Posh have completed the signing of Lincoln City midfielder.

Peterborough United have secured the services of highly-rated Lincoln City midfielder Jorge Grant for an undisclosed fee on a three-year contract with the 26-year-old becoming the club’s second summer signing following the arrival of experienced goalkeeper David Cornell.

Grant, who was named in the Sky Bet League One Team of the Year after scoring 17 goals for the Imps, was interesting a number of Championship clubs and manager Darren Ferguson is delighted to secure his signature.

“When we found out there was a possibility of bringing him to the club, he was one of our main targets during the close season. When I sat down with the boy, it was obvious that he was very interested in coming to play for us, the way we play suits him down to the ground and for me, it is a really big signing for us.

“He was voted into the League One team of the year by his peers last season, he scored a lot of goals and created many more and he brings a bit of versatility too. He can play in a two in midfield or in a three or further forward as a number 10. We have had to be patient to get the deal over the line because there were a lot of other clubs in for him, so I am absolutely delighted to get it done and am looking forward to working with him,” Ferguson said.

Grant, who started his career at Nottingham Forest before loan spells at Luton Town, Mansfield Town and Notts County joined Lincoln in the summer of 2019 and made 89 appearances for the club, scoring 19 goals in all competitions.

“I am delighted to be here. When I sat down with the manager and listened to what he had to say I was really intrigued about the opportunity. I felt like it suited me down to the ground, they play good football and I know what they are about having played against the club last season for Lincoln City.

“I really enjoyed my time at Lincoln, but I felt it was the right time for me to play in the Championship and I am looking forward to that opportunity with Peterborough. It is nice to get things sorted quickly and I can look ahead to meeting my team-mates and getting started,” Grant said.