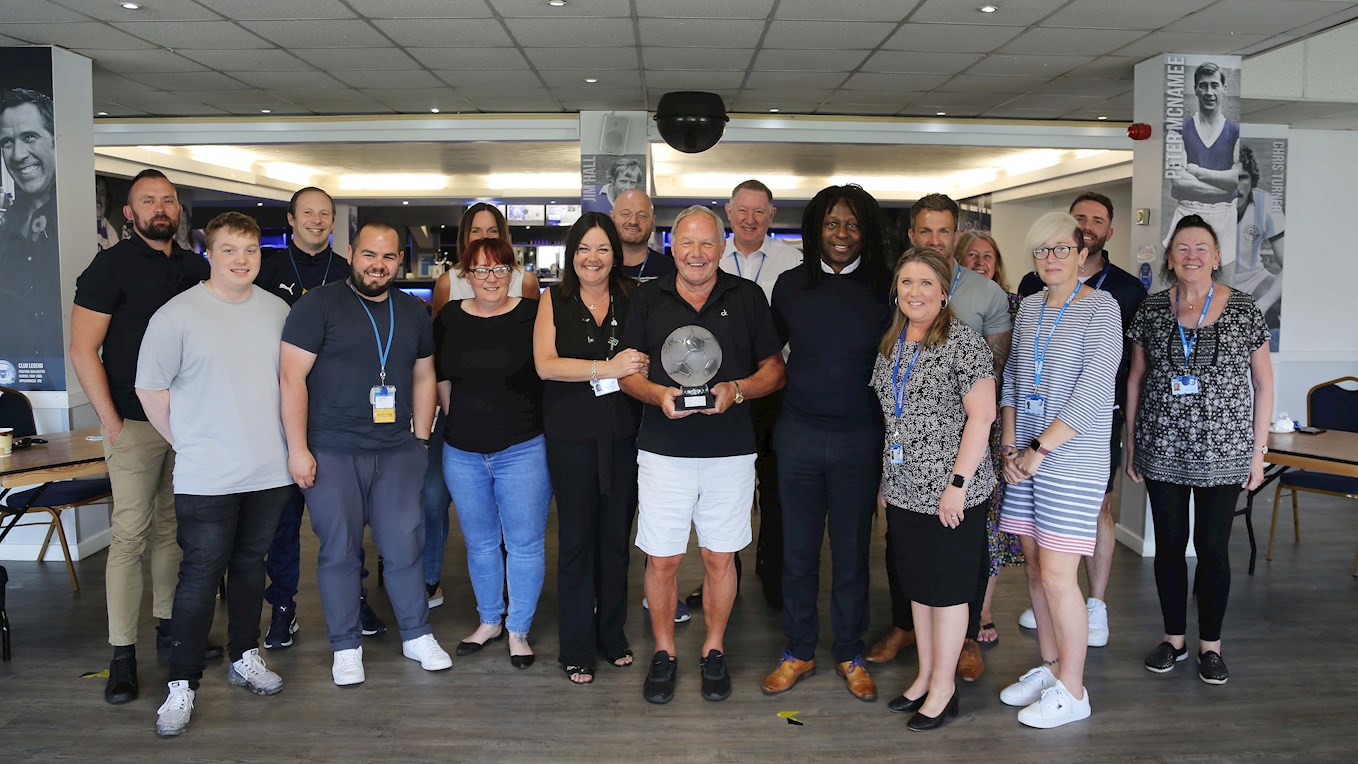 Fry Looks Back On 25 Years At Posh

Posh staff present Barry Fry with special memento to mark his 25th year at the club.

It is very rare in football, particularly these days, to spend 10 years at a football club, but Peterborough United Director of Football Barry Fry has reached the milestone of 25 and during that time he has pretty much fulfilled every role at the Weston Homes Stadium.

Fry was presented with a special trophy by the staff at the football club after reaching the incredible milestone earlier this month and said: “When I look back, I don’t know how I have survived! I have had two heart attacks, two heart attacks, I have had Covid-19, which was a really tough time, I have definitely been through the mill, but I am still here, and I am glad I am because we have everything, as a Posh supporter, to look forward too.

Posh Chief Executive Bob Symns said: “Where do I begin? The most amazing book launch that I have ever been too many years ago involved Mr Fry. It was in London, all the TV news crews, journalists and radio DJS were there, and we had to hide all of the books that were on display before the event started because they hadn’t been fully checked over for legal reasons. Barry announced, “this will be a very unusual book launch, there isn’t a book”.

“I first met Barry when I came to Peterborough and the football club were training at Woodlands in Castor, which was under my remit at Pearl Assurance. It has been an epic journey since then. I became a sponsor for the youth teams, I ended up taking over the contract catering at Posh and ended up feeding the players. I already knew Barry and we became very close and when we sold the catering business, Barry asked me to come on board with him and that was 16 years ago and the adventure began.

“He has put everything on the line for this football club in the past. He is so well respected throughout the industry and if you want to know anything about players, Mr Fry is the man to go to. His help and support for all the staff here has been unrivalled, he has been very special and to reach 25 years is a tremendous achievement. He is irreplaceable and not everyone is, he is a football legend, but more than that, he will give you his time and help. Mr Barry Frank Fry.”