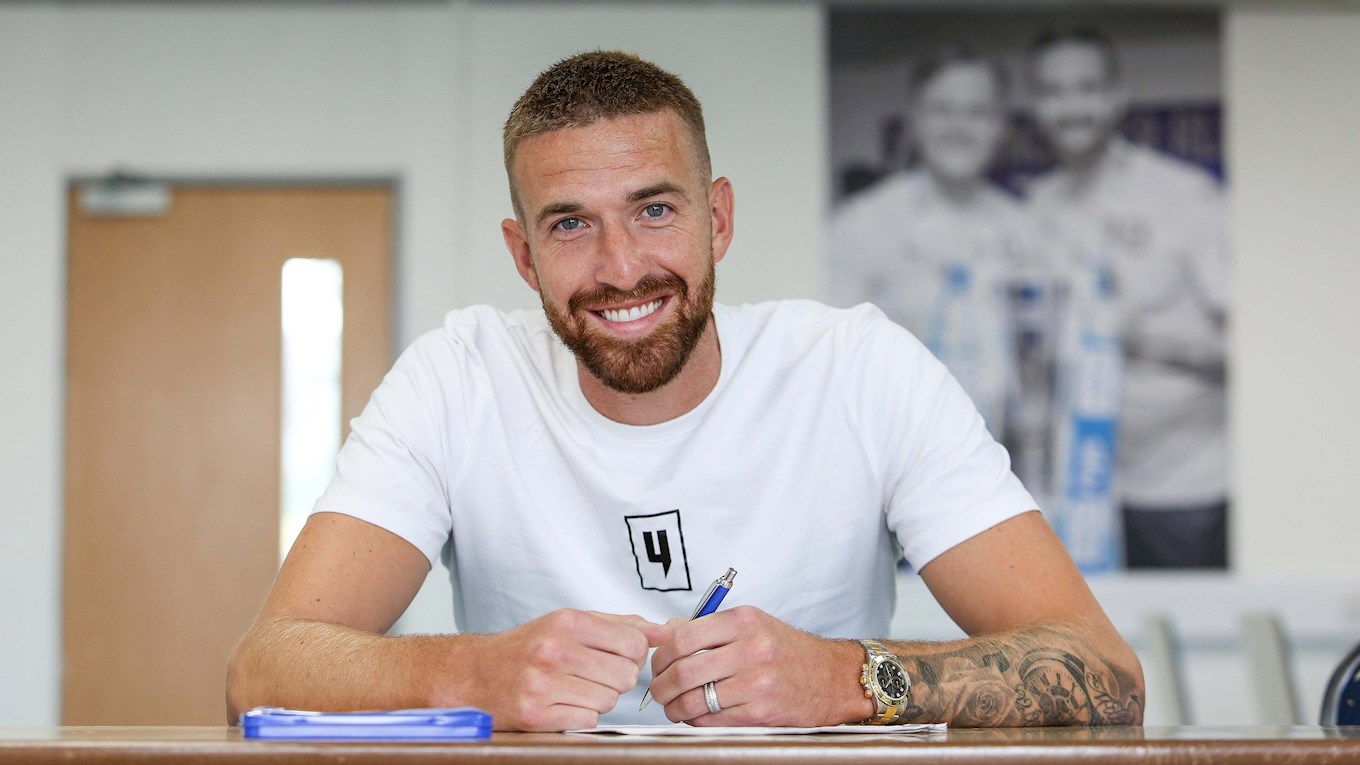 Mark Beevers has put pen to paper on a new three-year contract.

Peterborough United are pleased to announce that central defender Mark Beevers has put pen to paper on a new three-year contract, which will keep him at the Weston Homes Stadium until 2024.

The 31-year-old completed the paperwork at the idverde training ground on Tuesday afternoon and follows in the footsteps of Christy Pym, Dan Butler, Frankie Kent, Ronnie Edwards, Nathan Thompson and Ricky-Jade Jones in committing themselves to new deals over the summer.

Manager Darren Ferguson said: “I am delighted, we wanted to get Mark tied down on a new deal. Since he walked into the building, he has been outstanding, a really good skipper and a great lad to work with. He is good to work with as a manager because you need a captain can be that go between when it comes to the relationship between myself and the players. We have a lot of respect for one and another.

“It was a really important one to get done because he also has a lot of experience of playing in the Championship so he can be a good guide for the players who perhaps have not had that experience in their career as yet. I am pleased it is done and grateful to the chairman and the co-owners for getting it over the line and as I said at the start, it is important that we looked after the nucleus of the squad that got us success and now we have to try and add to that.”

Beevers, who made 49 appearances in all competitions last season as Posh secured promotion to the Sky Bet Championship, was named in the EFL Team of the Year alongside Joe Ward and Jonson Clarke-Harris for his performances at the heart of Darren Ferguson’s starting line-up.

“I am happy to get it all sorted,” Beevers said. “We had a lot of success as a group last season, and it is great that so many of last season’s squad have signed new deals as it means we go into the new campaign with a settled group of players. There might not be many with Championship experience yet, but I have no doubt they will cope just fine at that level.

“Ever since I walked through the door, I was made to feel extremely welcome, and I know that any additions we make in the summer will settle very quickly because of the group that we have here. It seems a long time ago that we were all celebrating on the pitch after the game with Lincoln, but we are looking forward now, the fixtures come out on Thursday and then the work starts in pre-season,” Beevers said.