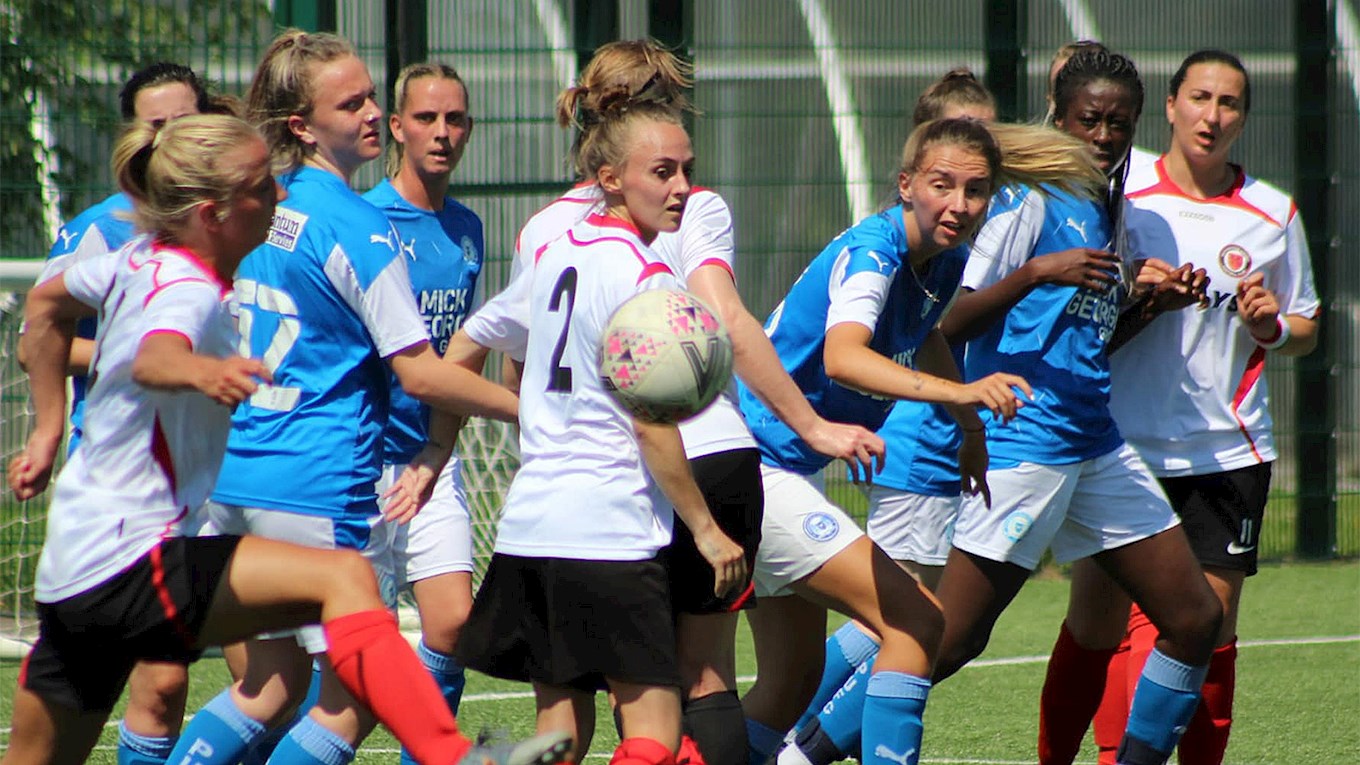 The Peterborough United Women reserves opened their pre-season friendly account with a 2-2 draw against Netherton Females at the idverde Training Ground on Sunday in a fixture that was played in sweltering conditions.

The hosts opened the scoring through Sasha Tristram who finished coolly from the edge of the penalty area after good approach play by Sophie Harris. Posh doubled the scoring minutes into the second half as Destiny Makanjuola who finished well into the bottom corner after an excellent pass from Laura Dodwell.

Netherton ended the game strongly and scored twice towards the end to earn a share of the spoils. Reserve team manager Wayne Hinds said: “We rode our luck for the first 10 minutes, but we got into the game and had some good spells in really hot conditions. We have a lot to learn, there are things to work on, but this is their first pre-season friendly so it will take time to adapt to a new formation and what we are trying to achieve.

“We are entering a new league against different teams, so the pre-season programme is going to be key to get minutes under our belt and to try out a few things, but we are really looking forward to what lies ahead and there is a lot of positivity about the place.”