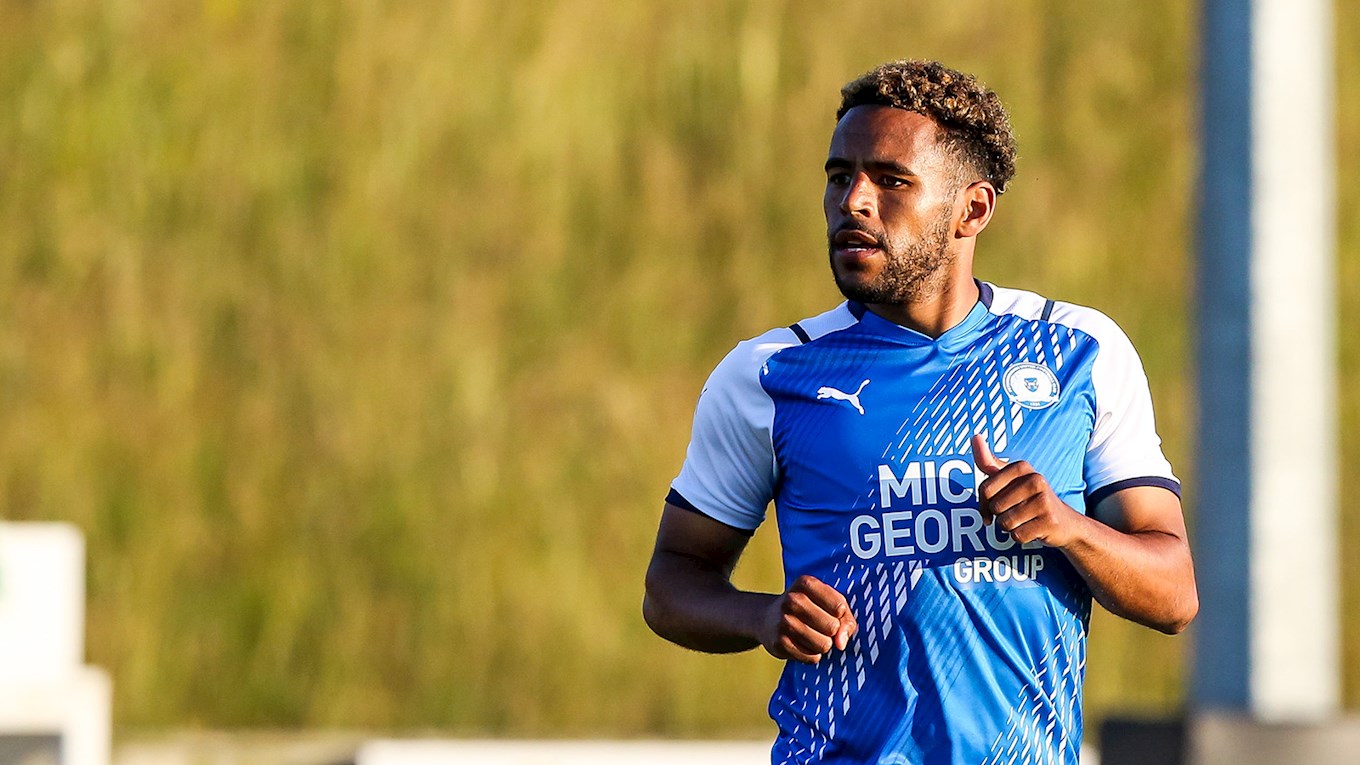 It’s coming up to three weeks since the Posh squad returned for pre-season and following the friendly wins over Bedford Town and Stamford AFC, which saw Posh score 12 goals without conceding, defender Nathan Thompson is feeling good heading into our mini-break away in Surrey.

“I feel good!” Thompson said. “It’s nice to be back following on from the highs we finished on last season. It’s great to get back to work, catch up with everyone and meet the new faces. There’s a lovely vibe around the place and we are all really keen to get back on it.

“Most importantly, at this stage of pre-season, it is all about getting that fitness in you. You can do as much running as you want around the pitch, but it is that match fitness that you lack and that sharpness that comes with playing games. So to have had two decent fixtures already, which have been good tests for us, to then come down here and face another side, that will pose more challenges and it’ll be interesting to see how we deal with those challenges, but we are all looking forward to it.”

Posh will spend the next few days based in Surrey, which will see the team train at the incredible Cobham Training Ground, home to Chelsea, before taking on the reigning Champions League winners in a behind closed doors fixture on Saturday.

Not only will it be a fantastic test taking on one of the Premier League giants, but being away from home gives the new signings a chance to really get to know each other ahead of a long and gruelling campaign ahead.

"Having these little breaks away during pre-season really helps. When you look at our squad this year, there are a lot a familiar faces. We’ve got Josh Knight and Jack Marriott, who have both been here before so it won’t take them long to readjust.

“Jorge Grant and David Cornell have slotted straight in and to be honest you couldn’t tell that they weren’t already part of the squad in how well they’ve adjusted to us. Pre-season games are good for the new players as it brings that understanding on the pitch and builds up relationships, so hopefully come the new season, we’ll have been able to form that and hopefully hit the ground running.

“Pre-season is really all about getting those minutes and forming those relationships and they will manifest and materialise into and over the course of the season. It’s really important to sow those seeds now and set the foundations so we can kick on into the season and flourish,” Thompson added.