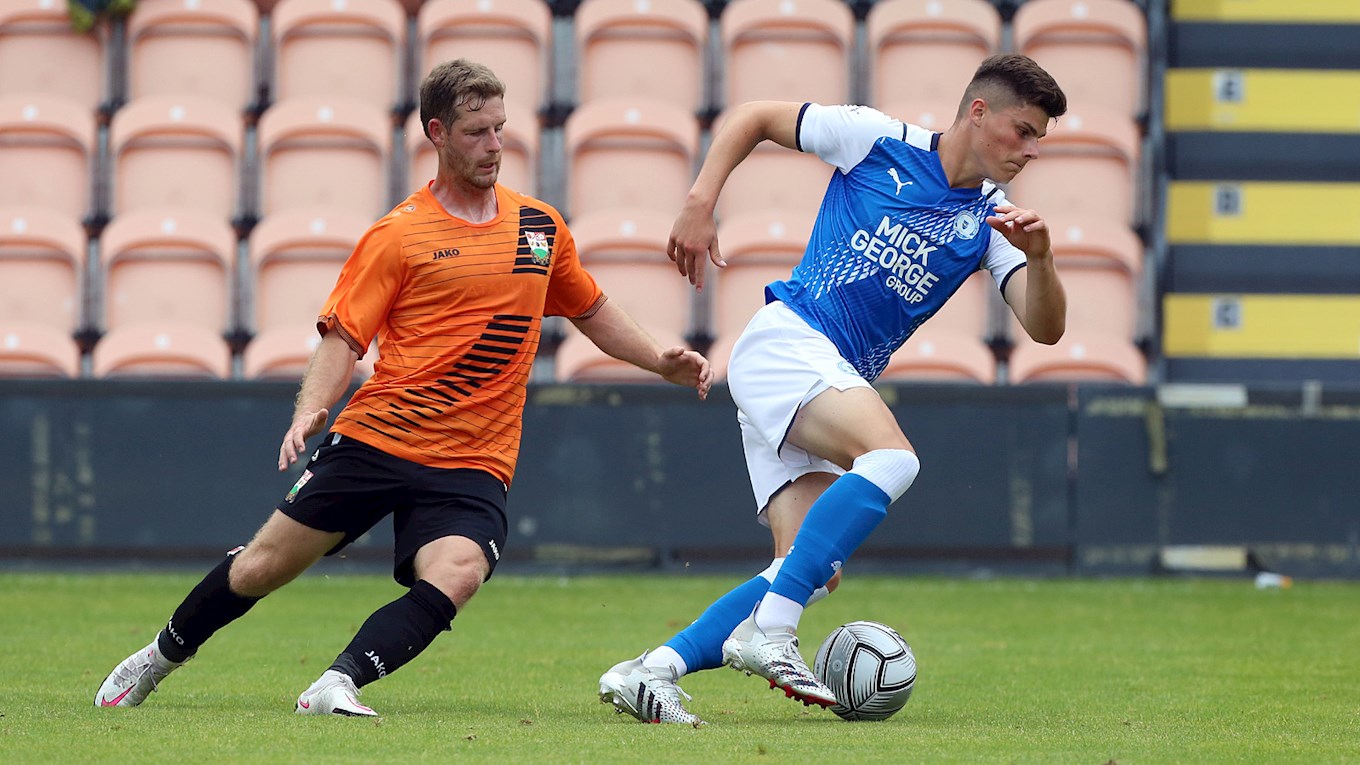 Taylor On Target Against Former Club In Friendly Success

Posh record another pre-season victory as game one at the Hive finishes 3-2 to Darren Ferguson’s men.

Peterborough United secured a 3-2 victory in the first pre-season friendly of the day at the Hive against National League side Barnet with midfielder Jack Taylor netting against his former club in a competitive workout.

Emmanuel Fernandez produced a fine touch to create a shooting opportunity on seven minutes following a deep corner kick, but his effort found the side-netting. Posh opened the scoring on 10 minutes and it was a fine move, Siriki Dembele picking out the overlapping Aaron Powell and his low centre was tapped home from close-range by Idris KANU.

The trialist between the sticks for the Bees produced an acrobatic save to keep out a Kanu header on 17 minutes after a wonderful, clipped cross from youngster Powell. Szmodics drilled a low shot wide of the target moments later after timing his run to perfection from deep.

Serhat Tasdemir, who joined Barnet on a season-long loan deal earlier in the day, curled a free-kick wide of the near post from 30-yards on 26 minutes. The Trialist keeper between the sticks for the Bees enhanced his chances of getting a contract with a fine double stop to keep out Dembele and then Kanu on the rebound as the game approached the half hour mark.

On 32 minutes, Posh doubled the lead and it was fine approach play from Dembele, who skipped past a defender before picking out SZMODICS who toe-poked the ball past the advancing keeper and into the bottom corner.

Kanu had the ball in the back of the net again on 37 minutes from close-range but the offside flag was raised and the goal was chalked off. Barnet pulled a goal back three minutes later as a low free-kick from Adam MARRIOTT found the bottom corner.

Szmodics was given an opportunity to make it 3-1 on 42 minutes after a fine defence-splitting pass from Fernandez, but after opening his body up to make the angle, his effort crashed against the post. Moments into the second half, Szmodics was denied by the keeper after wriggling into some space 25-yards from goal.

Kanu headed over a Grant free-kick on 48 minutes as Posh made a bright start to the second period with Taylor heading wide against his former club from a corner. Posh did extend the advantage on 52 minutes and it was a special moment for midfielder Jack TAYLOR, who found the back of the net with a hooked volley after a clip into the box from Szmodics to register against his former club.

Cornell did well to keep out a close-range effort from Bloomfield on the hour mark as a ball ran loose following a free-kick. The impressive Powell was kept out by the keeper moments later after a swift counter-attack, which started at the back through Cornell.

Bloomfield headed wide from a well-worked Bees corner kick as the first game entered the final 10 minutes. The home side reduced the arrears with five minutes to play as TRIALIST B smashed home from close-range after Cornell had reacted brilliantly to keep out the first effort.

Just before the end, Grant curled an effort with his left-foot just wide of the far post after an intelligent flick around the corner by Dembele.