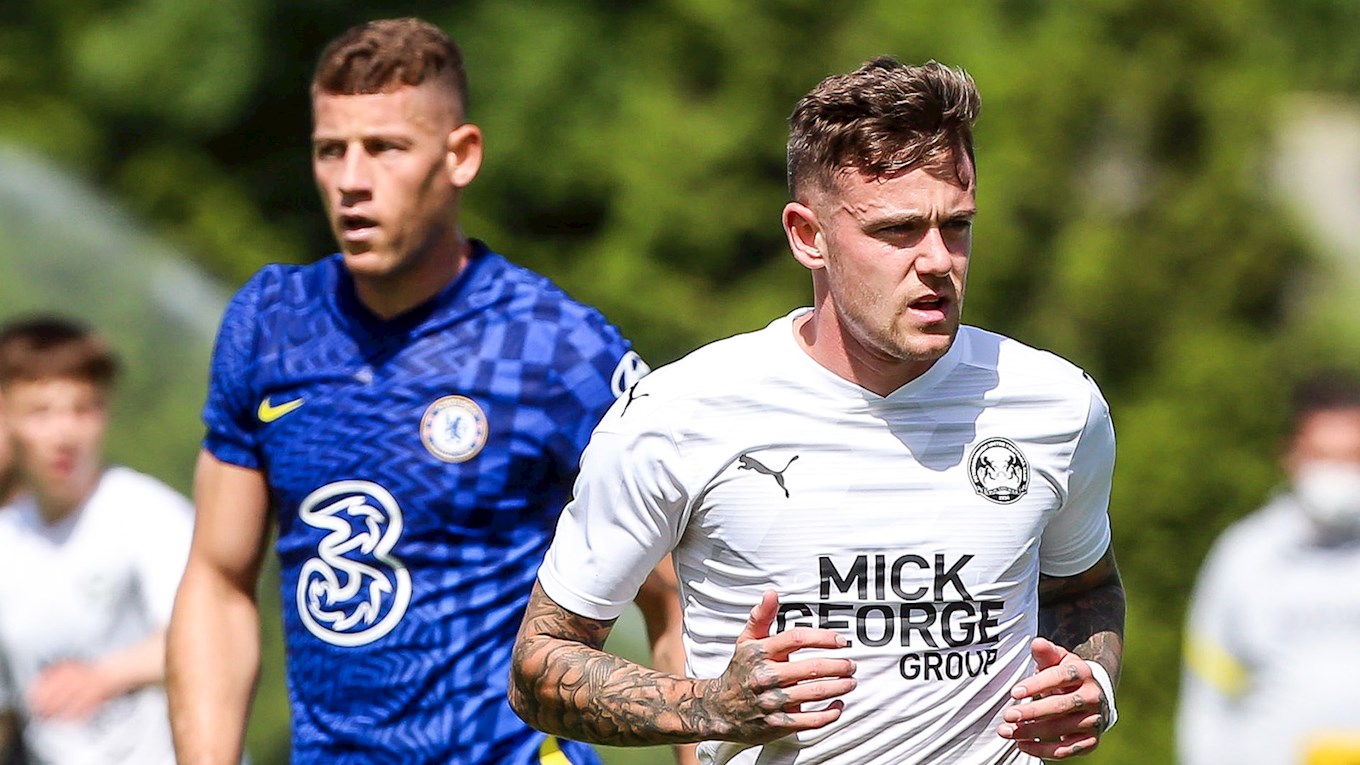 Last summer it’s fair to say that Sammie Szmodics’ future was in limbo. After beginning pre-season at Bristol City he eventually returned to Posh, signing for the club on a permanent basis.

This season, he feels settled and ready to hit the ground running as the club return to Championship football.

“When you’ve been here on loan, you realise just how good all the boys and the staff are here and how well run the club is. Me and Knighty (Josh Knight) were saying how it’s an easy decision to come back on permanent contracts because we already know the boys and how the club works. The thing for me was speaking to the Gaffer, who just sells the club even more to you. It’s such a comfortable place to come and play your football and at the same time it’s a club that wants to achieve and progress,” Szmodics said.

The Posh squad have just returned for a short pre-season break in Surrey, which also saw a friendly fixture against the European Champions Chelsea. Szmodics feels the break away will be beneficial for the squad and also explains his change of squad number.

“It’s nice to be able to have a little trip away, even got to use the Spa with Josh Knight. I feel it is important to get away during pre-season with the boys, although it’s only been a short trip we’ve had a good training session and a tough match against Chelsea and we’re all starting to look forward to the season starting.

“The squad number is of no real significance to me. I was number 15 last season and as this is a big season for me I just wanted to see how low down I could get, so when I saw 7 was available I texted Christian, the Kitman, and he said no! So I spoke to the Gaffer about it and he sorted it! I just preferred to be a lower number than 15. I was number 9 here before on loan, but when I saw 7 available I wanted it so I can be like David Beckham!” Szmodics joked.

Last season saw Szmodics rack up 16 goals and 6 assists as Peterborough United went on to win promotion back to the Championship and the former Colchester United attacker feels it’s important to set yourselves personal targets.

“I always set myself a goals and assists target for each month of the season. Last season, at the end of the season I had reached my goal, obviously before Christmas I couldn’t hit a barn door, but still managed to get my goals target I set at the start of the season. We’re going up a level and up against some big teams so you have to be realistic with your targets, but I’ve set myself a target and not only myself we’ve been speaking as a team about a points target and how many wins we would need.

“Everyone is super excited about the new season and me and the boys cannot wait to get started and test ourselves against some really big teams,” Szmodics added.