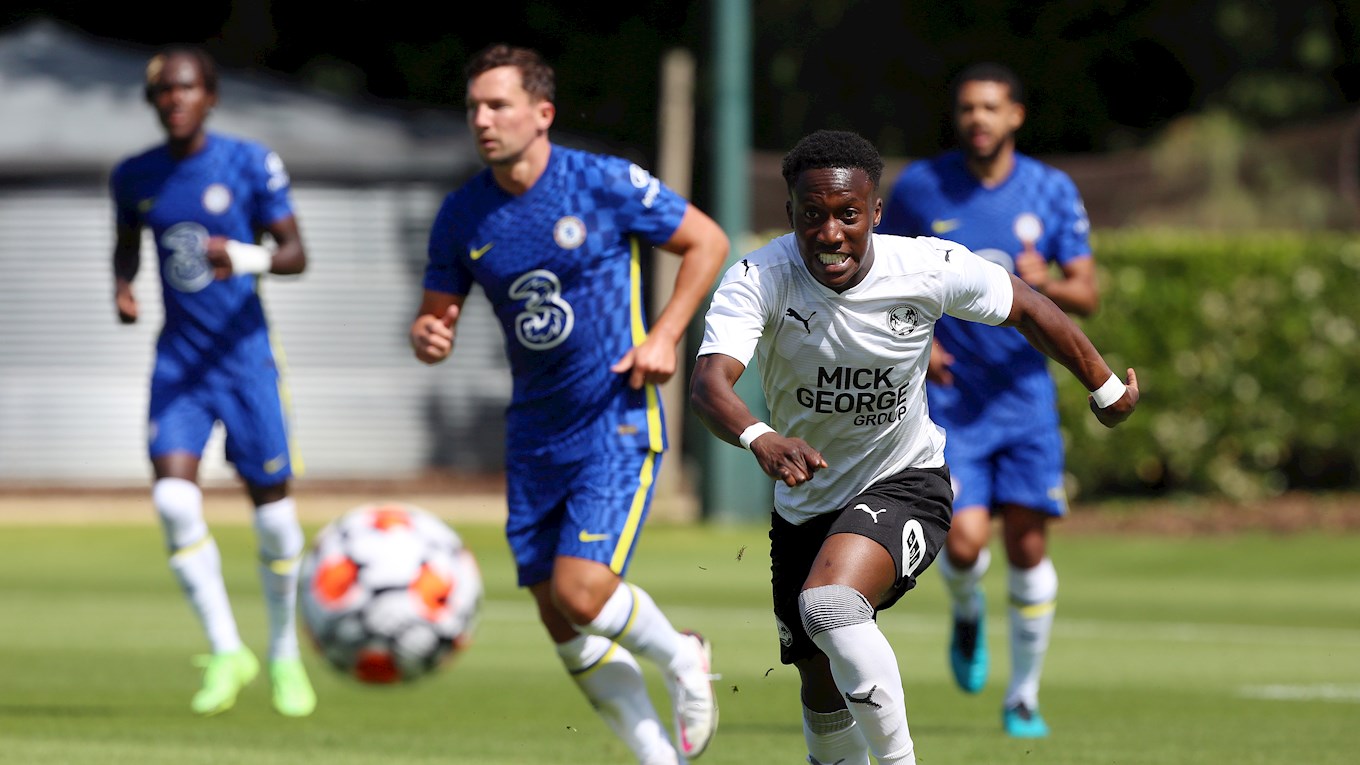 Chelsea side featuring host of internationals too strong for Posh.

Peterborough United continued their preparations for the new Sky Bet Championship campaign with a testing friendly against European Champions Chelsea at the Premier League’s side impressive Cobham training complex on Saturday morning with the hosts running out 6-1 winners thanks, in part, to three goals from Hakim Ziyech in the second half.

Darren Ferguson’s men opened the scoring thanks to a penalty won and dispatched by Siriki Dembele, but England international Tammy Abraham slotted the equaliser after Posh were dispossessed in midfield.

Mo Eisa went close with a lob after racing clear while Sammie Szmodics was denied by the keeper in a close first half, but on the stroke of half-time, the referee awarded a penalty following a foul by Kyle Barker and Christian Pulisic stepped up to fire past Christy Pym from the spot. Pym did well to beat out an effort from Abraham while Ronnie Edwards produced a fine block in a stylish performance.

Posh made 10 changes at the break with only Mo Eisa starting the second 45 minutes while Chelsea also made changes with Ziyech among those introduced. It was he who caused the damage in the second half with some clinical finishing, all from within the penalty area as he completed a hat-trick. Goalkeeper Dai Cornell made two smothering saves in the second period while the Blues had a goal chalked off for offside.

Manager Darren Ferguson said: "We can take a lot of out of the game, it was a game of two halves really, we caused them a lot of problems in the first half. We gave some sloppy goals away. It was tough for the players mentally in the second half because they had a lot of the ball.

"For me, as long as we learn from the mistakes that is fine by me. It was a great game for us against some top players. It will bring us on a lot, we will go through it all with the players and we have come through without any injuries. It has been a good trip away."