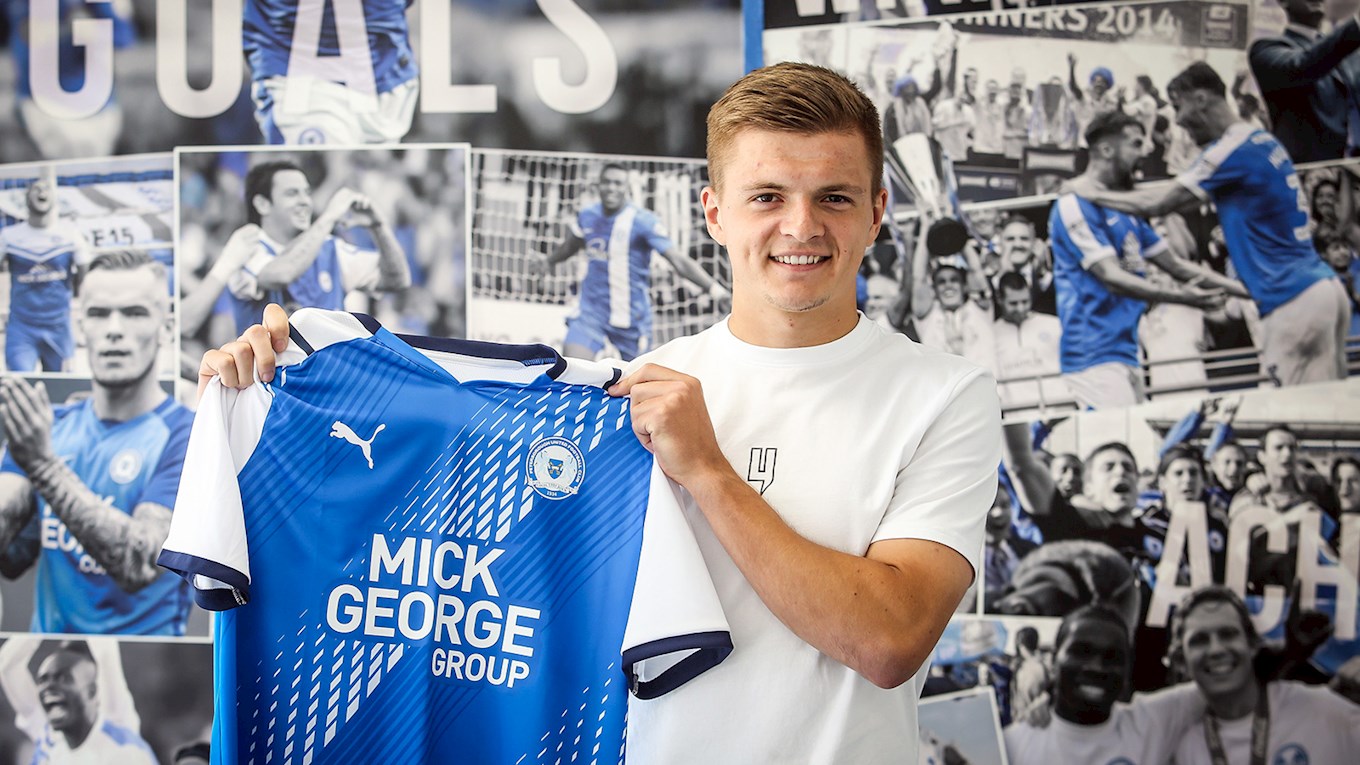 Peterborough United have fended off interest from a host of clubs to secure the signature of highly-rated Eastleigh full-back Joe Tomlinson with the 21-year-old penning a three-year deal after the two clubs agreed an undisclosed fee.

Tomlinson, who came through the Southampton Academy, has earned rave reviews for his performances at Easteligh, where he scored 12 goals, created four goals and was part of a back-line that kept 15 clean sheets in 42 appearances. He also won the Young Player of the Year and Player of the Year during his time at the club.

Manager Darren Ferguson said: “It is a really good signing for us. There were so many teams showing an interest, so delighted to get the deal done now. I was made aware of him last season, we had eyes on him in the first pre-season game and we didn’t need to see him again, it was done, the decision was made.

“He is an excellent athlete, both footed, can left back or left-wing back or right back or right-wing back, is a good size and is a lovely lad. We see real potential with this one and I am excited about it. He is a modern-day full back, good crosser of the ball with both feet, takes penalties with his right-foot and free-kicks with his left.

“We are delighted to get it over the line, and it was just in time because there was due to be 20 scouts at their fixture on Tuesday evening. I have to thank Eastleigh for the way they have dealt with it, the last couple of years they have developed a lot of younger players and we are pleased to get this done.”

Tomlinson was part of the Southampton Academy until the age of 16 and actually had a two-week trial at Posh, which proved unsuccessful at that time. He spent two years with Yeovil and a year as a professional at Brighton and Hove Albion with a loan spell at Bognor Regis Town during that period of time.

At Bognor he made 37 appearances, scoring three goals, creating eight goals and being part of a back-line that kept nine clean sheets. Tomlinson won Bognor Regis Town Supporters’ Player of the Year before joining Hungerford Town in Conference South, where he made 35 appearances, scoring four goals and creating seven goals, skippering the side on numerous occasions.

Tomlinson said: “I am really pleased to be here, once I heard about the interest, I wanted to make the move and I am looking forward to it. I guess you could say I am a modern day defender in the sense that I enjoy the attacking side of it as well as the defensive side of it. I can’t wait to get started.”

Tomlinson will wear the number 21 shirt.