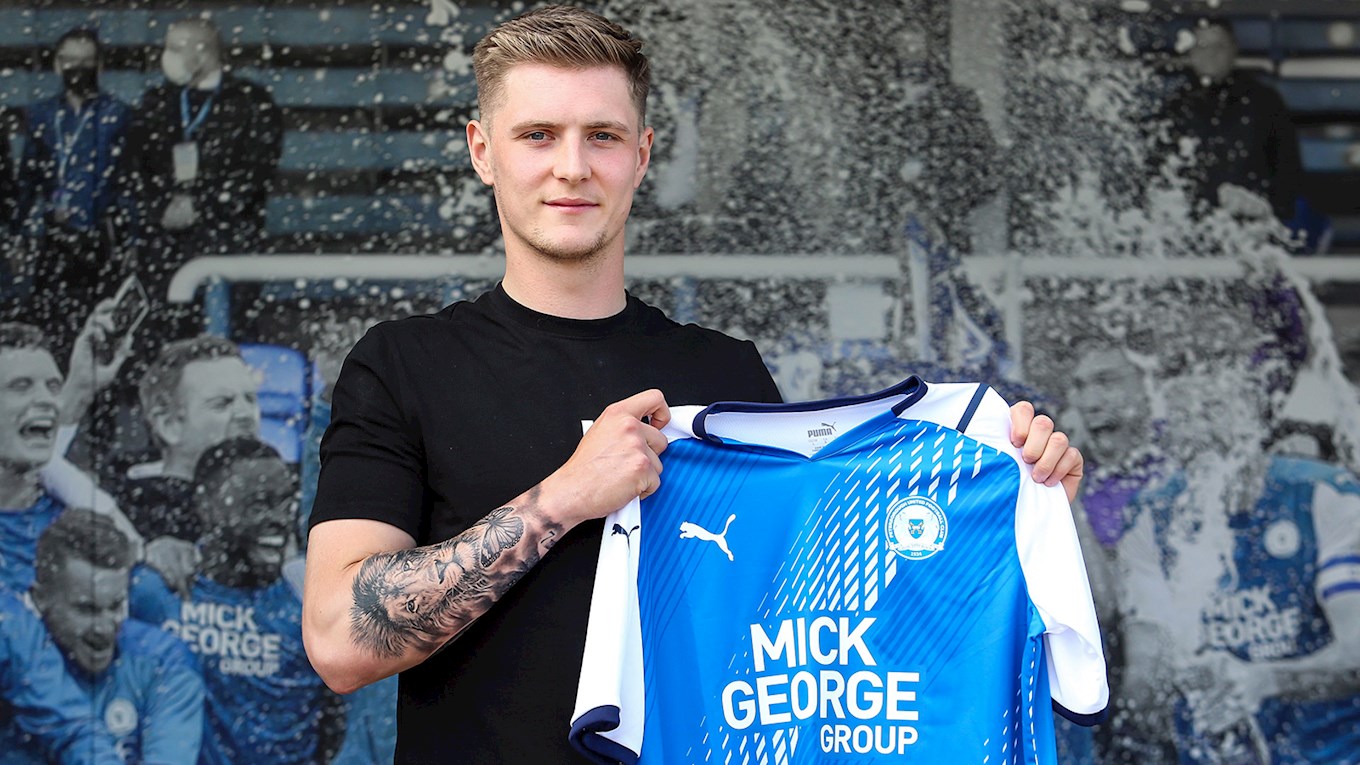 Posh have completed the permanent signing of Josh Knight from Leicester City.

Peterborough United are delighted to announce the signing of Josh Knight from Premier League side Leicester City for an undisclosed fee with the 23-year-old penning a three-year deal after completing the formalities at the idverde training ground.

Knight, who made 34 appearances for Posh in two loan spells, was a regular in the Wycombe Wanderers starting line-up last term in the Championship, making 37 appearances for the Chairboys under Gareth Ainsworth.

Manager Darren Ferguson said: “He ticks every box and the most pleasing thing for us, is that it is a permanent deal. We have had him on a couple of loans before, so it is great to be able to say he is ours. He had good experience with Wycombe Wanderers in the Championship last season, he was their best player and was voted player of the season. That year will stand him in good stead.

“He predominantly played as a centre half at Wycombe, that is his favoured position so that is the position we are bringing him in as, but I know he can play midfield so that is a bonus. I guess it is very much like Dan Butler who can play as a wing back or as a left-back, he has that flexibility, but Josh wants to play centre half and that gives me good competition.

“I look at what I have in defensive positions and the backbone in the team, and we are strong. We have a good group of goalkeepers, the centre backs we have Frankie, Beeves, Thommo can play there, Ronnie can play there as well as Josh now. We always wanted to bring another centre half in, and Josh has always been one of the main targets. I know the lad; I know what he is about so for me it is an absolutely no brainer of a signing.

“The boy is delighted to be back, the lads are also delighted he is back I have to say and another bonus is that he already knows how I want to play. He doesn’t need time to bed in. The three signings we have made this week are big. I know there was a lot of impatience going on, but we have always, and I believe we have done this particularly well, myself, Barry, the chairman and the co-owners, been patient. Yes, it has been frustrating at times, but that can happen. The targets we identified at the end of the season, we are getting them. We have not panicked and bought a lesser player; we have got in the players we wanted.

“The most important and pleasing thing for me as a club is that we have got the targets we wanted, we haven’t gone elsewhere. Jorge I worked with for the first time today and he is a good player, Jack is about two weeks behind but he will catch up quickly and Josh will come straight into the group, he is as fit as a fiddle,” Ferguson said.