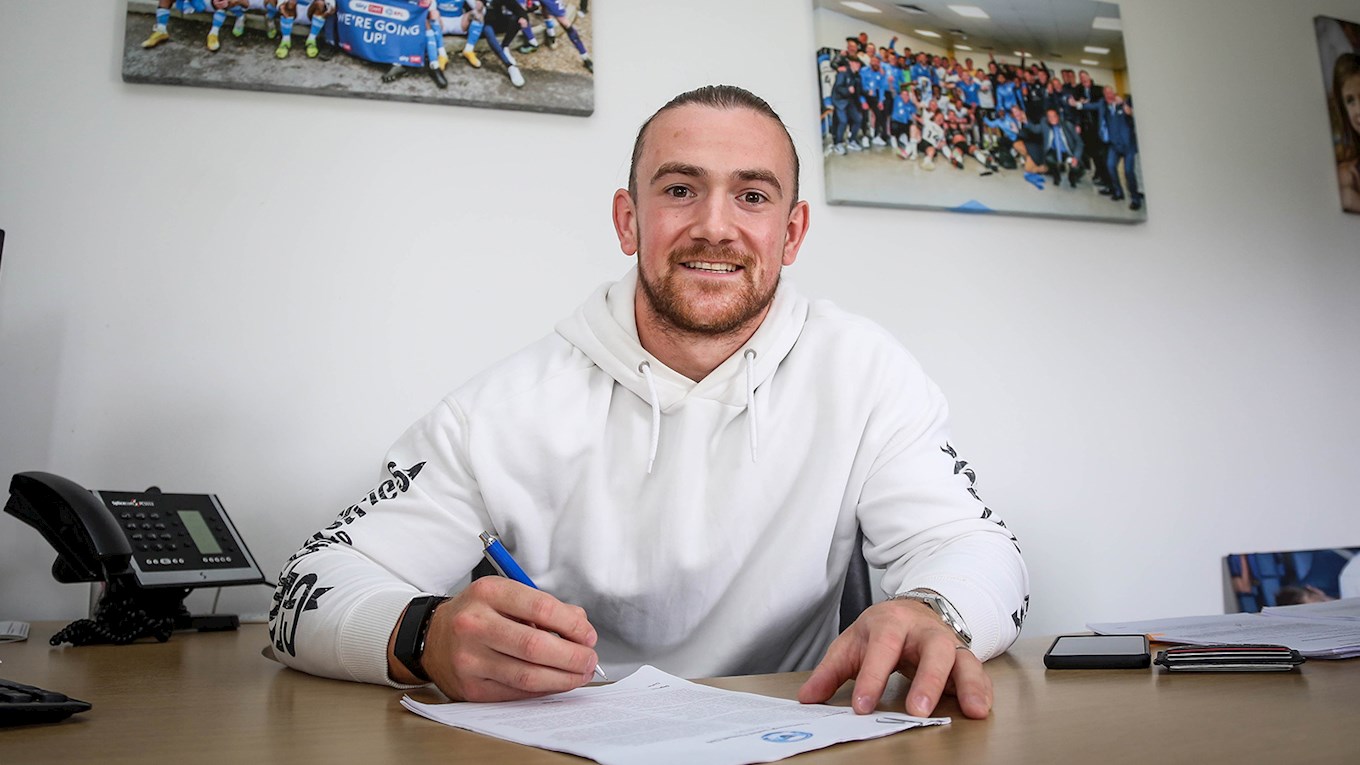 Peterborough United are delighted to announce the return of striker Jack Marriott, with the 26-year-old agreeing a three-year contract at the Weston Homes Stadium following his release from Derby County.

Marriott, who scored 33 goals for Posh in all competitions in his one season in PE2, was interesting a number of other Championship clubs, but after meeting manager Darren Ferguson he made a quick decision to commit his future, completing the paperwork at the idverde training ground this week.

The front man, who started his career at Ipswich Town before moving to Luton Town following loan spells elsewhere, is closing in on 100 career goals, including 17 for the Rams. Ferguson was thrilled with the arrival of Marriott, who becomes the club’s third addition ahead of the new Sky Bet Championship campaign.

“I think this is a great signing for the football club. Jack is someone that we discussed when the season finished back in May, but we were not sure if it was going to be possible. We have had to remain patient, but we always had our targets. For me, it was an absolute no-brainer to bring him back to the club.

“He is a good player who has experience in the Championship, and I think he will be a really strong addition to our group. Jack obviously knows the club, but it is a different club to the one he was with before. I actually tried to sign him before at Peterborough before he made the move and have watched his career very closely.

“I think he gives us something different. His main strength is obviously running in behind players, but he presses with energy and never gives defenders an easy ride. He is at a good age, the last couple of seasons have been frustrating for him, but when I met him earlier in the week and discussed the potential move with him, he was very keen to make it happen. It was a very good meeting and I think the formalities were sorted out very quickly. It is a great signing for us, and I am very much looking forward to working with him,” Ferguson said.

Marriott admitted it was an easy decision to make once he knew Posh were interested. “Once we opened up the lines of communication, it didn’t take long to do the deal. As everyone knows, I love it at Peterborough so it was very straight-forward, listening to Barry Fry and the manager’s plans, it was very exciting and I am delighted to be here.

“After the last few seasons, I just want to play week in and week out and I feel that is what I need. It might be the same club, but a lot has changed. I was thrilled to see the club get promotion to the Championship because they have worked so hard to achieve that and hopefully I can help with the next stage,” Marriott said.