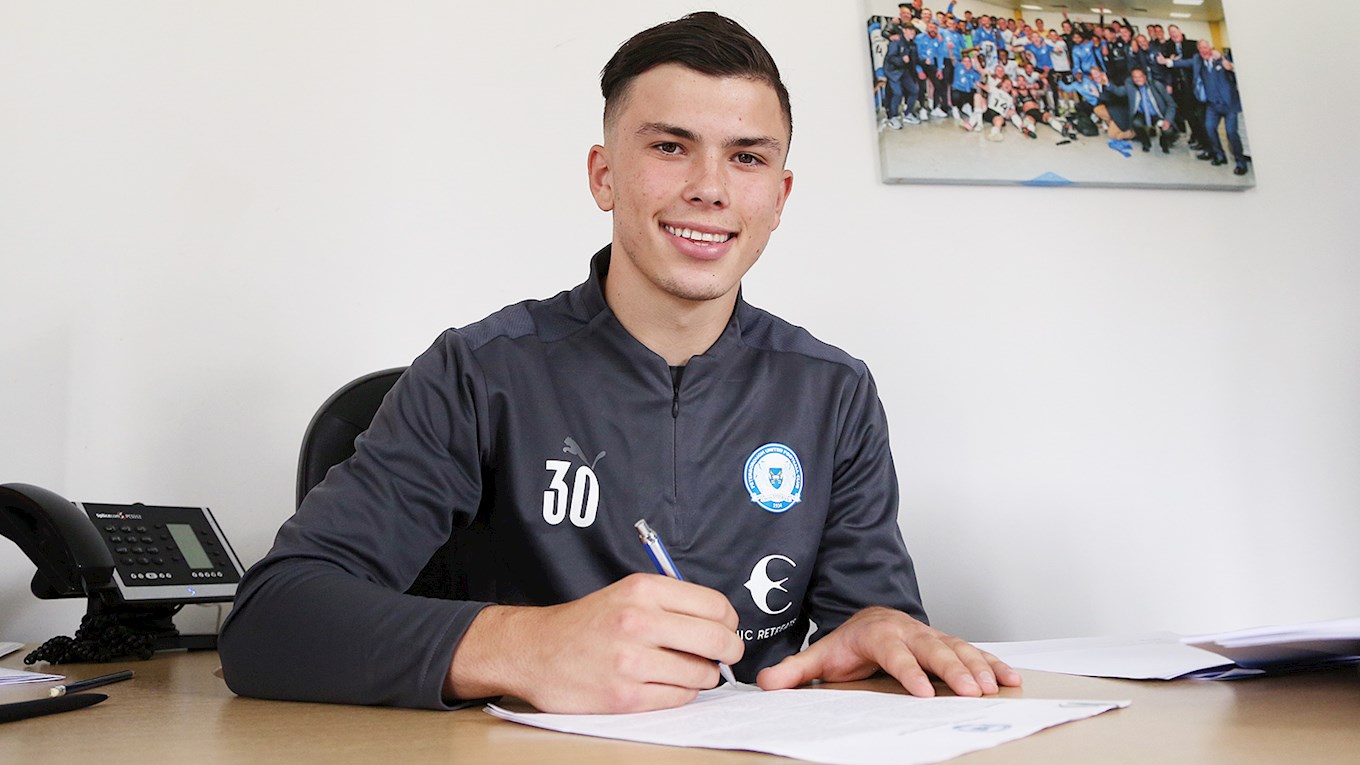 Youngster Charlie O’Connell has agreed a new deal at the football club.

Peterborough United are pleased to confirm that youngster Charlie O’Connell has agreed a two-year contract with the football club after progressing through the latter part of the Academy system at the idverde Training Ground.

O’Connell, who was the under 18s skipper last term as they secured the league title as well as reaching a cup final and the fourth round of the FA Youth Cup, has been training with the first team group in pre-season and is delighted to commit his future.

“It is a great feeling to sign a professional contract and it caps a really good few years, where we have enjoyed a lot of success with the under 18s group. The first team manager is always watching the under 23s games, he has a massive interest in the youngsters coming through and that gives you a lot of confidence.

“Having that pathway of under 23 football is really important, it allows you to play with first team players and it can ease you into that next part of your development. I am learning all of the time, both in training and playing in matches and I can’t wait for the new season to start,” O’Connell said.

O’Connell, who was at West Ham United’s Academy prior to joining Posh as a 16-year-old, made his first team debut on the final day of last season, coming off the substitutes bench as Darren Ferguson handed a host of youngsters their first taste of senior football.

“It was an unreal moment for me and afterwards, we were all buzzing in the changing room because it wasn’t just me who made their first appearance, there were others too and that made it even more special. It gave me a taste for it, and I will work as hard as I possibly can to try and impress in training,” O’Connell added.

Manager Darren Ferguson said: “Charlie has done very well. He is a player that can play in several positions, midfield is where I probably see him, but he can play as a centre half, a wing back, a right back, he brings that versatility. He has a brilliant attitude and was very comfortable last season at that level.

“He fully deserves the contract, now we look to see how he does in pre-season. The good thing next season is that we have the under 23s and regular football at that level so the younger ones will get that opportunity because it is always a worry with the younger ones whether they will have enough game time.

“I think this season is a very important one for the younger ones. Charlie was the easiest decision I had to make in terms of which of the younger players would get a contract.”