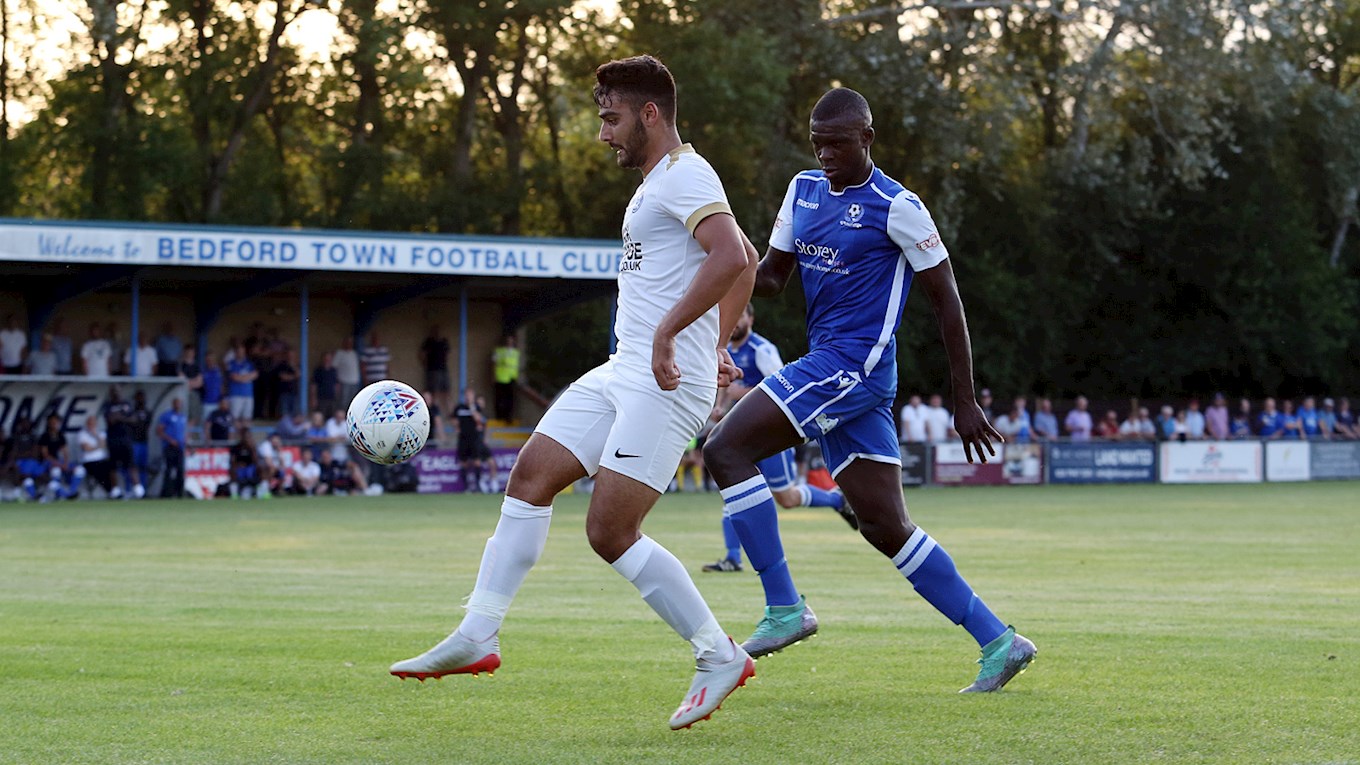 Peterborough United begin their pre-season friendly campaign on Saturday with a trip to the Eyrie to face non-league Bedford Town (3pm) and manager Darren Ferguson has confirmed he will play two different XIs for each 45 minutes.

The Posh boss will be without the services of strikers Jonson Clarke-Harris and summer signing Jack Marriott as they are both a couple of weeks away from first team football. Clarke-Harris has a calf problem that he was struggling with ahead of the fixture with Lincoln City while Marriott has been working with the medical team since his arrival.

Fellow summer signings Josh Knight, Dai Cornell and Jorge Grant should all feature, while a number of youngsters, including Charlie O’Connell, who recently signed a new contract, are expected to get minutes under their belt.

“It will be two different XIs for each half both at Bedford and on Tuesday at Stamford. The first few games are all about getting fitness into the legs. I have been really pleased with the players for the first few weeks of pre-season training and I am looking forward to the games programme that we have ahead of us.

“We have scheduled some tough tests against strong League One opposition later in the month as we will prepare for the first game of the campaign at Luton Town in August. I will be looking to try a few different things in these early games, but it will be great to see supporters, it feels such a long time since they’ve been with us,” Ferguson said.

Bedford are set to include two former Posh players in their starting line-up with club legend Craig Mackail-Smith expected to be joined in attack by Rene Howe. Mackail-Smith netted in the Eagles’ 3-0 pre-season win earlier this week.

Tickets are available for the game via Bedford Town, however supporters can also watch the game on a live stream for £5 if purchased before match day. The price will rise to £7 on the day of the game. You can purchase the online stream here: Bedford Town v Posh - Live Stream (ticketco.events)

Posh will be in the new blue home kit for the clash at Bedford. The kit is available to purchase here: