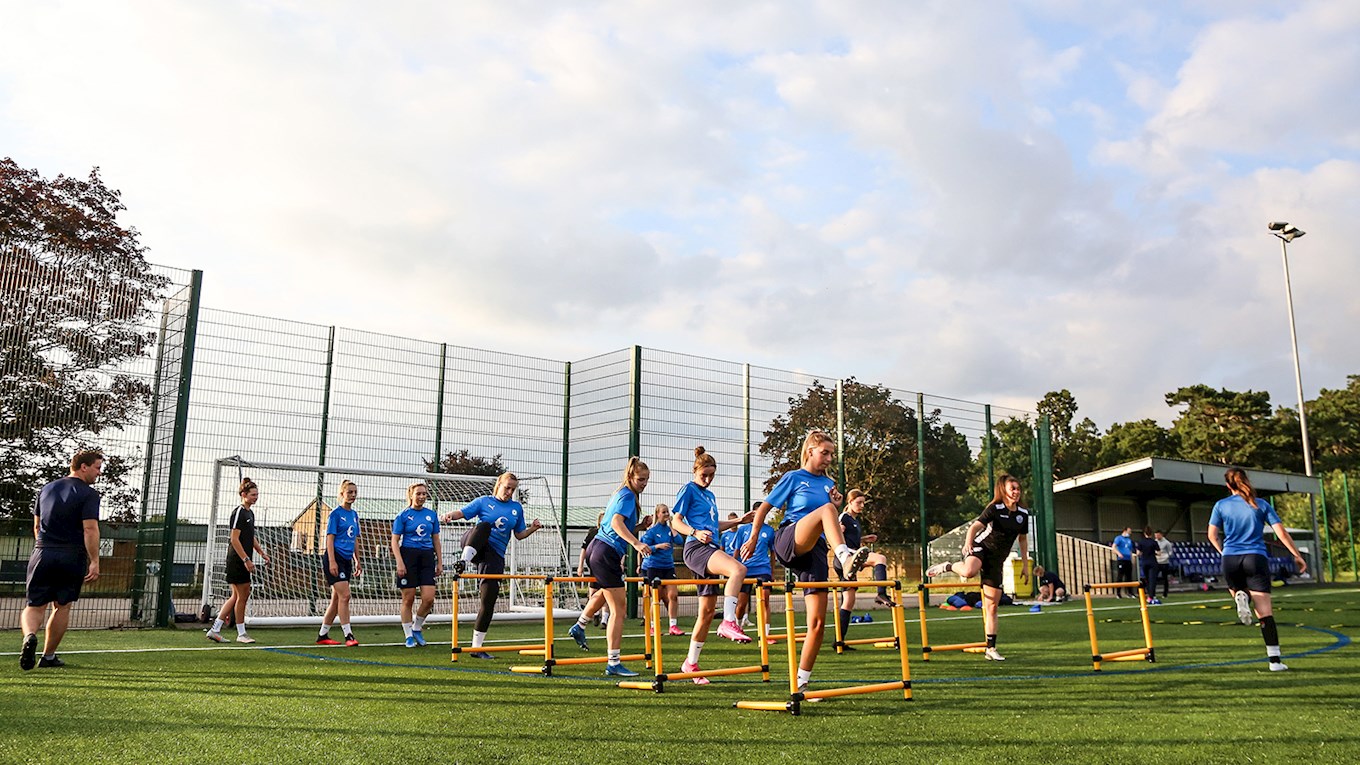 The Posh Women are in pre-season friendly action on Sunday.

The fixture will mark a new era for the team as they compete under the football club umbrella for the first time since switching from the Posh foundation set-up. Chloe Brown, who was installed as the new manager of the Women’s team in June, will be keen to build match sharpness in preparation for the upcoming campaign after the club secured a deserved promotion to the FA Women’s National League Division One Midlands last month.

The first-team squad returned to pre-season training last week, with the trip to Ketts Park Community Recreation Centre on Sunday being their first piece of action since the previous campaign was curtailed back in April.

Brown is looking forward to being back on the pitch after a long break and expects a tough challenge as they begin preparations for the start of the new season in August.

“Training is fantastic, but when you’re out on the pitch, it’s completely different. We’re going into expecting a challenge and for us to try a few things out for the start of the new season. It will be great to be back on the pitch and playing some matches once again.

“I think going into a new league, we want to make sure we’re stretched, but we also don’t want to overdo it and knock confidence in players. At the same time, we will be looking at a few different styles of play and have new players coming in. Things will be different, it’s a good chance for them to settle down, but we need a new challenge and a push ready for that new season, we don’t want to go into it unprepared,” Brown said.

Kick-off is scheduled for 2pm at Ketts Park Community Recreation Centre, with live updates on our Twitter account @theposhwomen.