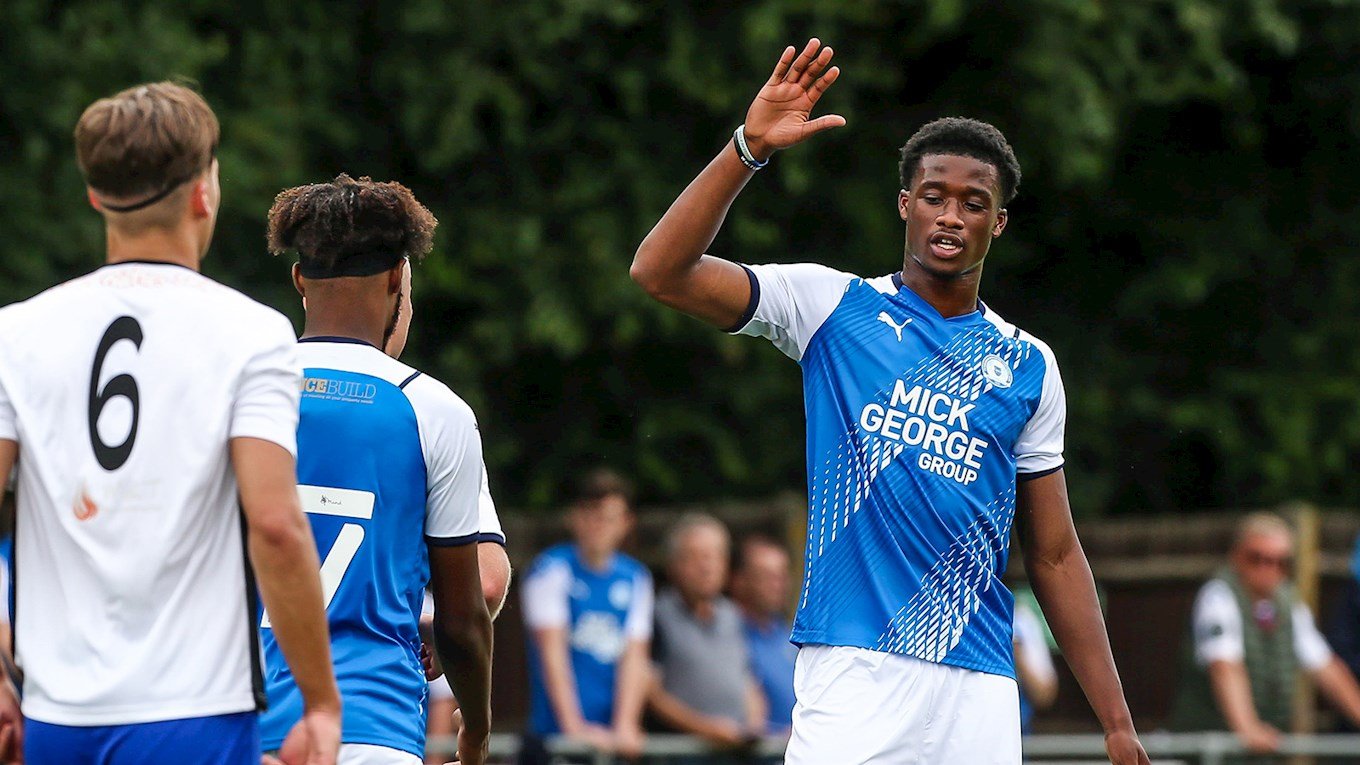 Posh can confirm that Emmanuel Fernandez has penned a two-year deal.

Peterborough United can confirm that defender Emmanuel Fernandez has penned a two-year contract at the football club and is expected to be involved in Tuesday night’s pre-season friendly at Stamford on Tuesday night after a measured performance as part of a three-man defence at Bedford on Saturday afternoon.

The 19-year-old trained with Posh at the back end of last season and impressed manager Darren Ferguson with the defender agreeing a two-year deal. The former Ramsgate and Gillingham centre back completed the formalities at the idverde training ground.

Ferguson said: “We brought Emmanuel in from Ramsgate last season. He has a lot to learn, but he is a good size, he’s quick and he’s good on the ball so he ticks a lot of boxes. He has plenty to learn tactically, but there’s plenty there to work on.”

Fernandez added: “I have been made to feel extremely welcome, it has a real family vibe at the club, and I am enjoying every minute. The manager has been great with me, he has given me the opportunity and it is up to me now. I really enjoyed the game on Saturday against Bedford and am looking forward to playing more games over pre-season.

“There are a lot of young players at the club and that is great because it has helped me settle in quickly. I know there are lots of areas to improve on in my game, but I am at the right place to help with that.”