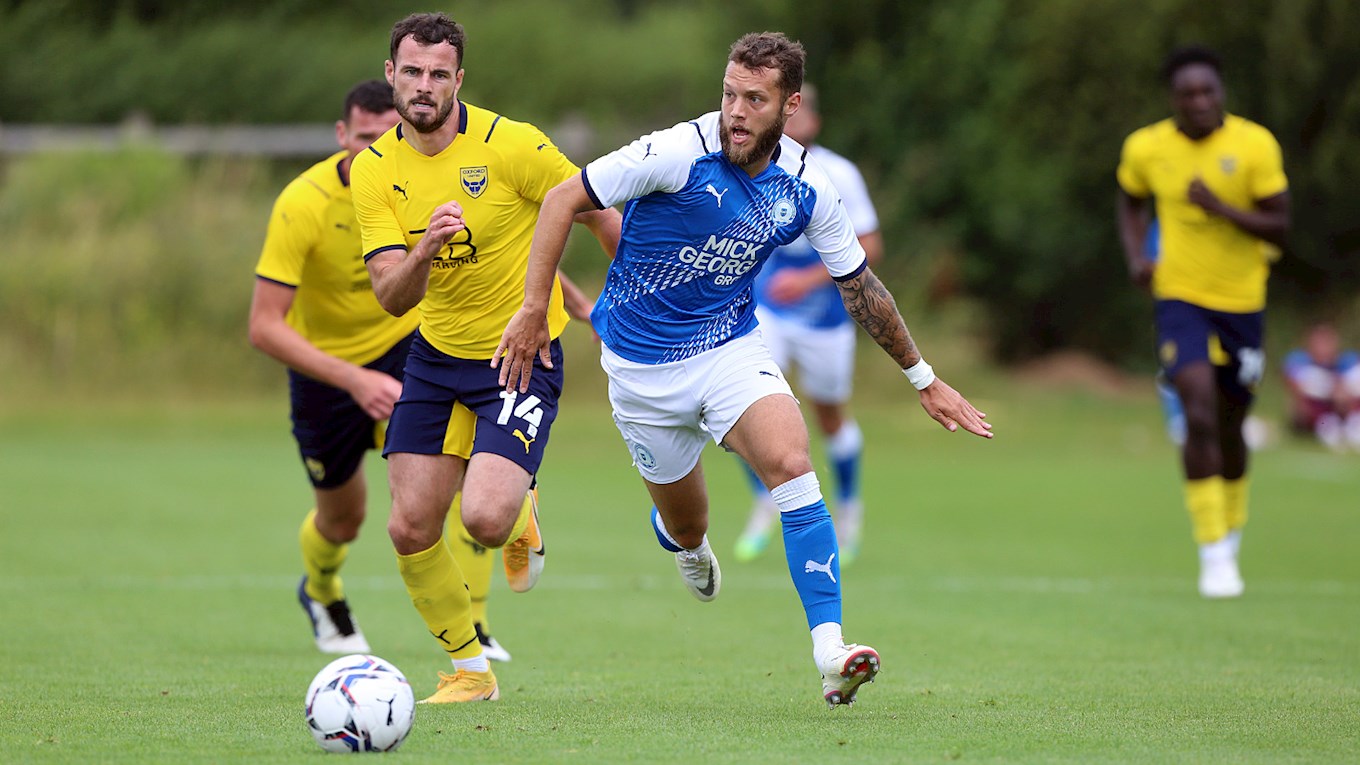 Draw For Posh In Both Games With Oxford

Darren Ferguson pleased with workout for his squad as games with Oxford finish all-square.

Peterborough United and Oxford United shared the spoils with both games at the U’s training complex finishing 2-2 as preparations continued for the start of the new EFL season.

On Pitch One, Posh battled back from 2-0 down at the interval thanks to goals from Joe Ward and Idris Kanu after Forde and Agyei had given the hosts the lead, while on Pitch Two, Ethan Hamilton opened the scoring before Oxford levelled from the spot. Hamilton converted a penalty to put Posh back in front before Sam Winnall headed an equaliser from close-range.

On Pitch One, Posh played some good football in blustery conditions and came close to opening the scoring through Sammie Szmodics, but his deft lob cleared the crossbar. Jack Taylor was denied by the keeper as was Joe Ward before Forde curled home a superb free-kick to give Karl Robinson’s men the advantage.

Posh continued to probe, but Dan Agyei extended the advantage from the hosts with a cracking strike from the edge of the box. After a brief break due to a thunderstorm, Posh came out and dominated with plenty of opportunities created, Idris Kanu fired wide of the near post, Taylor rifled a shot past the post from 25-yards and Harrison Burrows went close.

Posh halved the deficit midway through the second half and it was a well worked effort, Nathan Thompson and Taylor doing well in combination with Szmodics and it was the former who picked out Joe Ward who found the bottom corner. Darren Ferguson’s men levelled the scores when Idris Kanu tapped home after Szmodics shot had been parried by the keeper.

Meanwhile, over on Pitch Two, it was another competitive affair with Hamilton opening the scoring with a fine strike that found the back of the net via the underside of the crossbar. On 30 minutes, the hosts won a spot-kick as Tyler Goodrham was brought down in the box and Mark Sykes converted from the spot.

Hamilton put Posh back in the lead from the spot, firing high into the net before Winnall equalised from close-range.