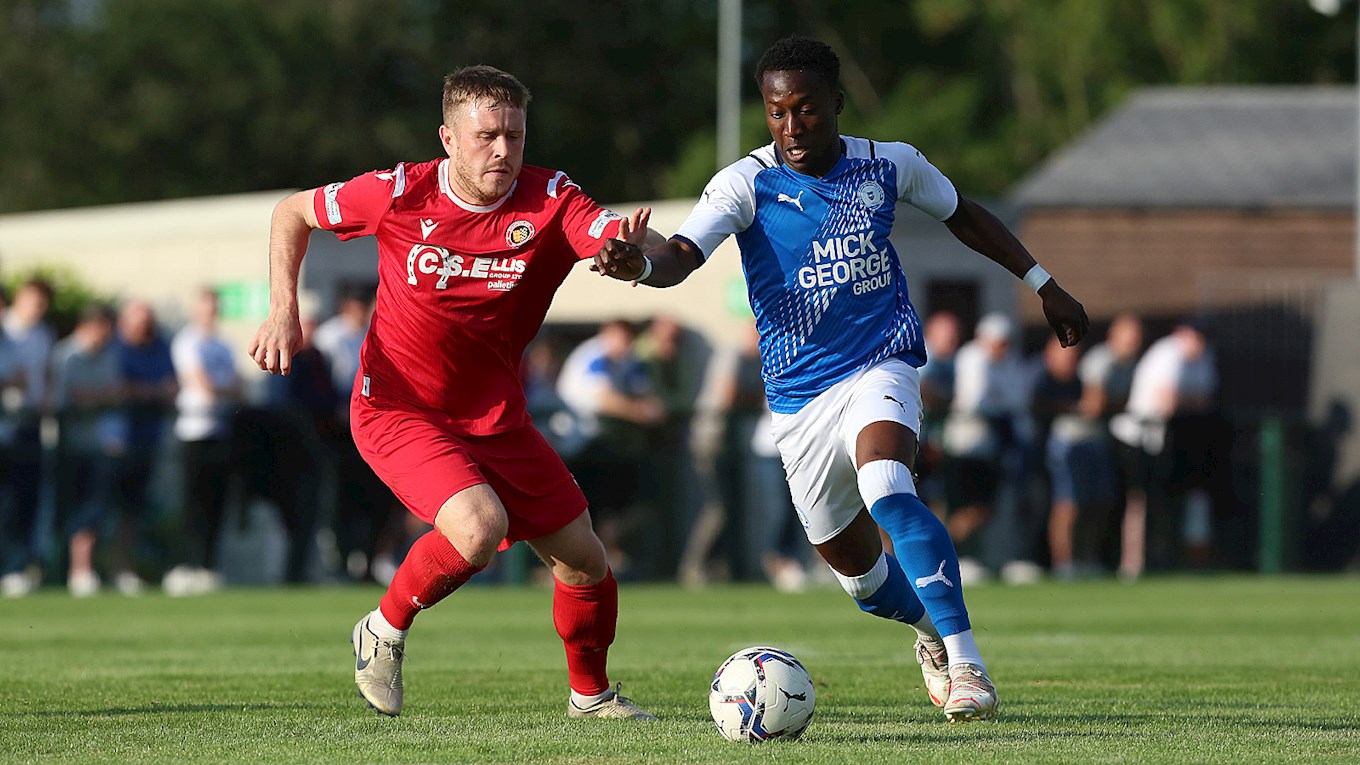 Dembele On Target In Friendly Win At Stamford

Posh took their tally of goals to 12 in two games as Darren Ferguson’s men ran out 4-0 winners at Stamford.

Peterborough United recorded a 4-0 victory over Stamford on Tuesday night with Joe Ward netting twice in the second half, while Sammie Szmodics and Siriki Dembele found the back of the net in the first half at the Zeeco Stadium.

Siriki Dembele tested goalkeeper Peverell inside the opening 10 minutes with a left-footed effort from the edge of the box after a strong run. At the other end, Dai Cornell was well placed to catch a header from Hicks as the hosts registered their first effort on target.

Posh had the chance to open the scoring on 20 minutes as a superb pass from Dembele picked out Szmodics, but with just the keeper to beat, he side-footed wide of the target. On the half hour mark, Posh broke the deadlock, a fizzing cross from Broom converted first time from SZMODICS into the bottom corner.

Posh doubled the lead on 35 minutes as referee Neil Hair awarded a spot-kick after Dembele was tripped in the box by a defender. DEMBELE stepped up and converted the spot-kick with Peverell getting a hand to the effort.

Eisa tested Peverell with a well-struck free-kick a minute into the second half as Darren Ferguson named a different XI. Harrison Burrows fired just wide of the target moments later after a slick passing move.

Eisa was kept out by Peverell on 55 minutes after a good pass from Fernandez as Posh tried to find a third goal. That third goal arrived on 71 minutes as Joe WARD fired a crisp right-footed effort across the keeper and into the back of the net.

It was 4-0 three minutes later as Eisa picked out WARD and he rifled a shot into the back of the net via the underside of the crossbar. Posh were awarded a spot-kick on 82 minutes as Kanu was upended in the box, but Grant saw his penalty saved.

Burrows was a whisker away from making it 5-0 on 86 minutes, but his right-foot curler just cleared the crossbar.