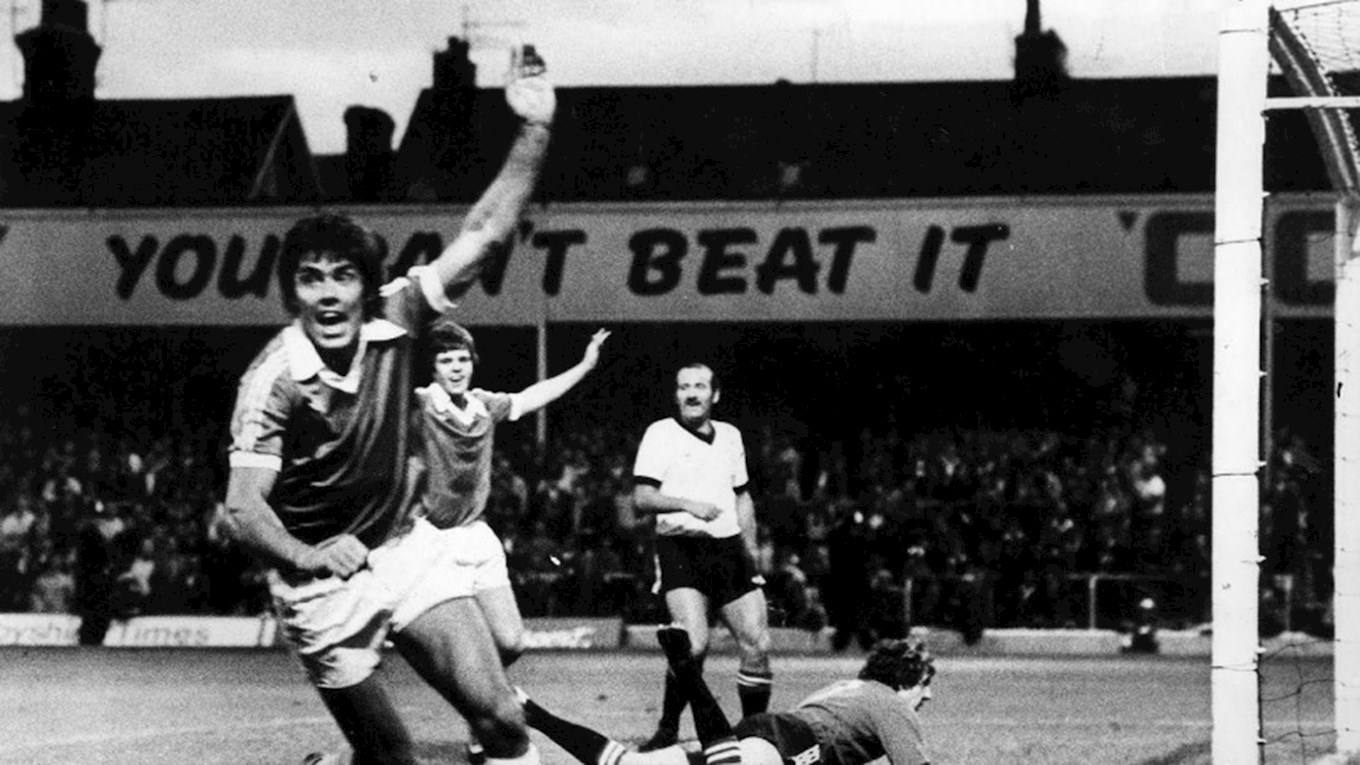 It is with deep regret we learn of the recent passing of former Peterborough United player Ernie Moss. The big centre-forward scored 20 League goals helping Chesterfield to the Fourth Division title in 1969/70.  He made 271 appearances whilst scoring 94 goals for the ‘Spireites’.

Manager Noel Cantwell signed Moss from Chesterfield in January 1976 for a then Club record of £25,000. He started well for the Posh scoring twice in his second game in a 2-0 defeat of Preston, but sadly then his goals dried up although later in the season he notched up his own personal tally of 100 League goals.  Unfortunately, things did not work out for him as his scoring ability had deserted him.  In my own opinion the reason for this was due to the lack of service, therefore not suited for his own style of play.

Regrettably, Cantwell had no choice but to sell him to Mansfield Town for £20,000 in December 1976.  Ernie then returned to Chesterfield, plus spells at Port Vale, Lincoln, Doncaster then again back to Chesterfield where he later became the Club’s record scorer with 161 League goals.  Ernie continued at Stockport, Scarborough and Rochdale before retiring from League football with 244 goals in 749 League games.  He finally quit playing in 1990.

Moss played a total of 41 games plus one sub, scoring 12 times for the Posh.

On behalf of Peterborough United we send our condolences to his family.