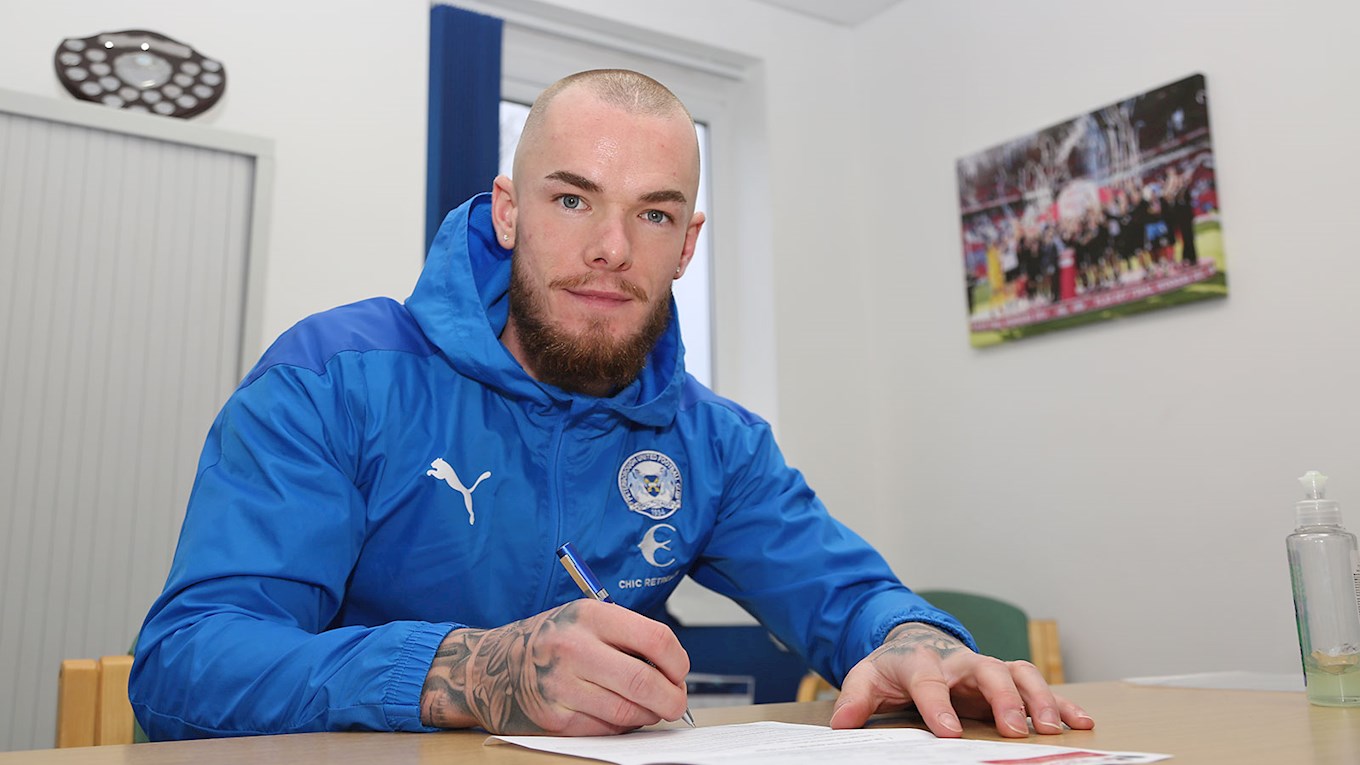 Joe Ward has signed a new contract, keeping him at the Weston Homes Stadium until the summer of 2023.

Peterborough United are pleased to confirm that winger Joe Ward has agreed a new two-and-a-half-year contract at the football club, keeping him at the Weston Homes Stadium until the summer of 2023.

Ward, who is close to full fitness after a knee injury, has been rewarded for an excellent first half of the season, which has seen him net twice and create six goals for others in Sky Bet League One, putting him joint second in the league for assists despite a long lay-off.

Manager Darren Ferguson said: “Credit to the co-owners for getting it done so quickly. Joe has had a strong season so far; he is getting better and better and is still at a good age. It is excellent news for the football club because when somebody is approaching their final year it can be unsettling, so it is great that he is with us for a lot longer.

“I am delighted it has all been sorted out. Joe has demonstrated he can play in a number of different positions and we look forward to welcoming him back into the squad after his injury. He is a lovely lad, works hard and is always looking to improve.”

“I have been happy with how things have gone this season prior to the injury, I want to continue to help create goals and obviously score goals myself. The aim is to obviously try and help this club get into the Championship. I am always trying to improve my game, I worked hard during the first lockdown in preparation for pre-season, don’t get me wrong the first day was still very much a blow, but I pride myself in giving myself the best opportunity to improve.

“It has been frustrating to be injured, but a blessing in disguise that it allowed me to spend some time with my young family over the Christmas period whilst doing some of my rehabilitation at home. I was speaking to the physio the other day and I thought I would end up missing nine or 10 league games, but it works out that it will probably only be five.

“I can’t wait to get back out there and contributing to the team and hopefully helping the club to a positive second half of the season. 2020 was a difficult year for everybody, but I was happy with what I achieved on a personal level on the pitch and to be rewarded with a new contract was a great end to it,” Ward said.

Ward joined the club in January 2018 from Woking where he impressed against Posh in an FA Cup tie for the Cards. Since then, he has made 120 appearances, scoring 12 goals, including a number of Goal of the Season contenders.