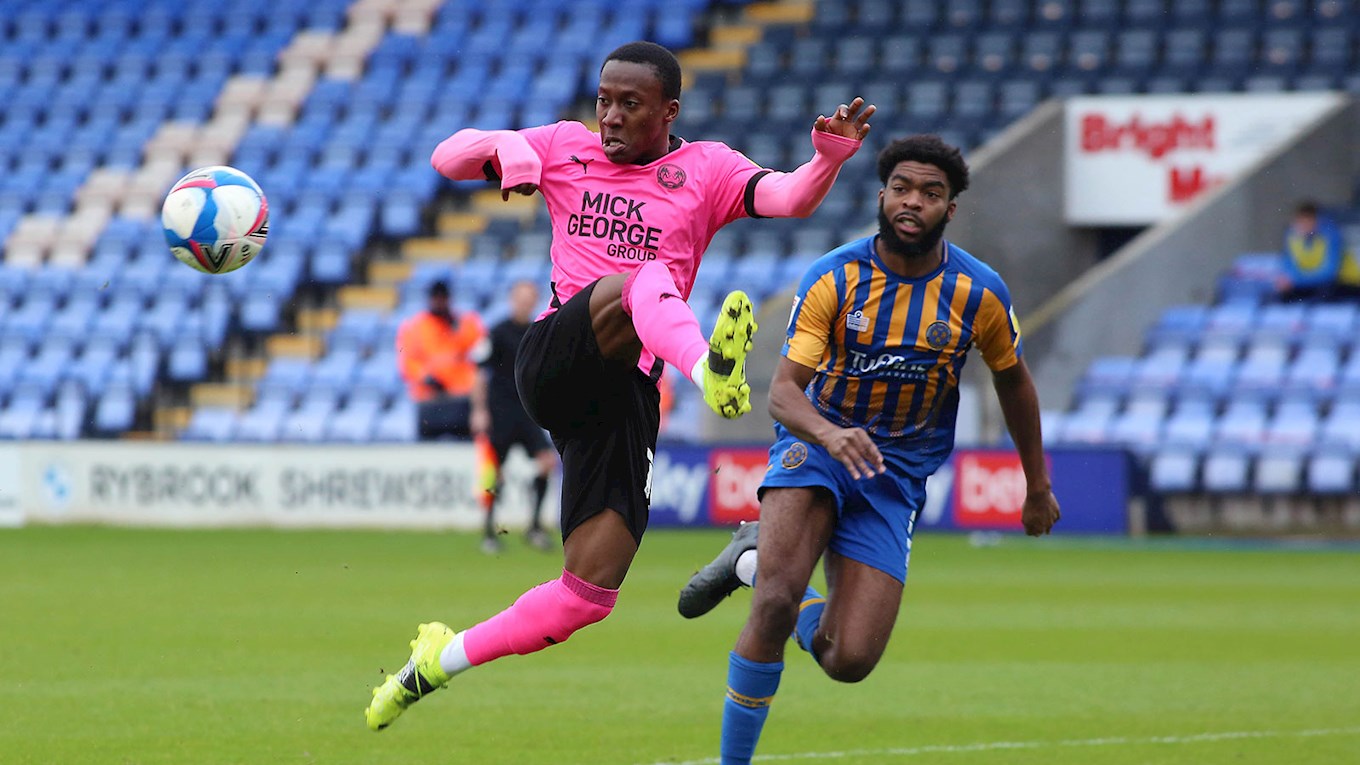 Peterborough United were sunk by two goals in the second half by home debutant Harry Chapman as Darren Ferguson’s men’s under par performance ended in a 2-0 defeat in Sky Bet League One action.

Siriki Dembele had a chance inside the opening three minutes after a driven Jack Taylor pass, the former Grimsby Town man took a good first touch, but it bounced at an awkward height to hook goalwards, keeper Sarkic doing well in the end to block the volley.

At the other end, the post came to the rescue for Posh as a Harry Chapman strike, which was going well wide, was diverted onto the foot of the woodwork by team-mate Dan Udoh before the ball was hacked clear.

Joe Ward, back in the side after injury, sent a 30-yard effort wide of the target as the game reached the 20-minute mark.  Josh Vela flashed a shot wide from distance on the half hour mark as Posh struggled to clear following a frustrating spell in the game where both sides struggled to put consistent moves together.

Posh were dealt a blow just before the break with Jack Taylor limping out of the action, Reece Brown his replacement. Udah saw a snap-shot comfortably dealt with by Pym moments after the re-start with neither side making a change in personnel at the interval.

On 50 minutes, the home side took the lead as debutant Harry CHAPMAN fired home from the edge of the area with his left-foot as Posh failed to clear. Clarke-Harris guided a header over the top from a driven Ward cross on 53 minutes.

Posh made a triple change on 67 minutes with Jones, Kanu and Eisa replacing Mason, Clarke-Harris and Szmodics. Eisa sent a free-kick straight at Sarkic after Dembele was felled following a decent run on 75 minutes.

Hamilton drilled a shot wide from 25-yards as the game entered the final 10 minutes at the Montgomery Waters Meadow Stadium. The hosts doubled the lead on 86 minutes and it was CHAPMAN again, twisting and turning before drilling a powerful shot into the net.