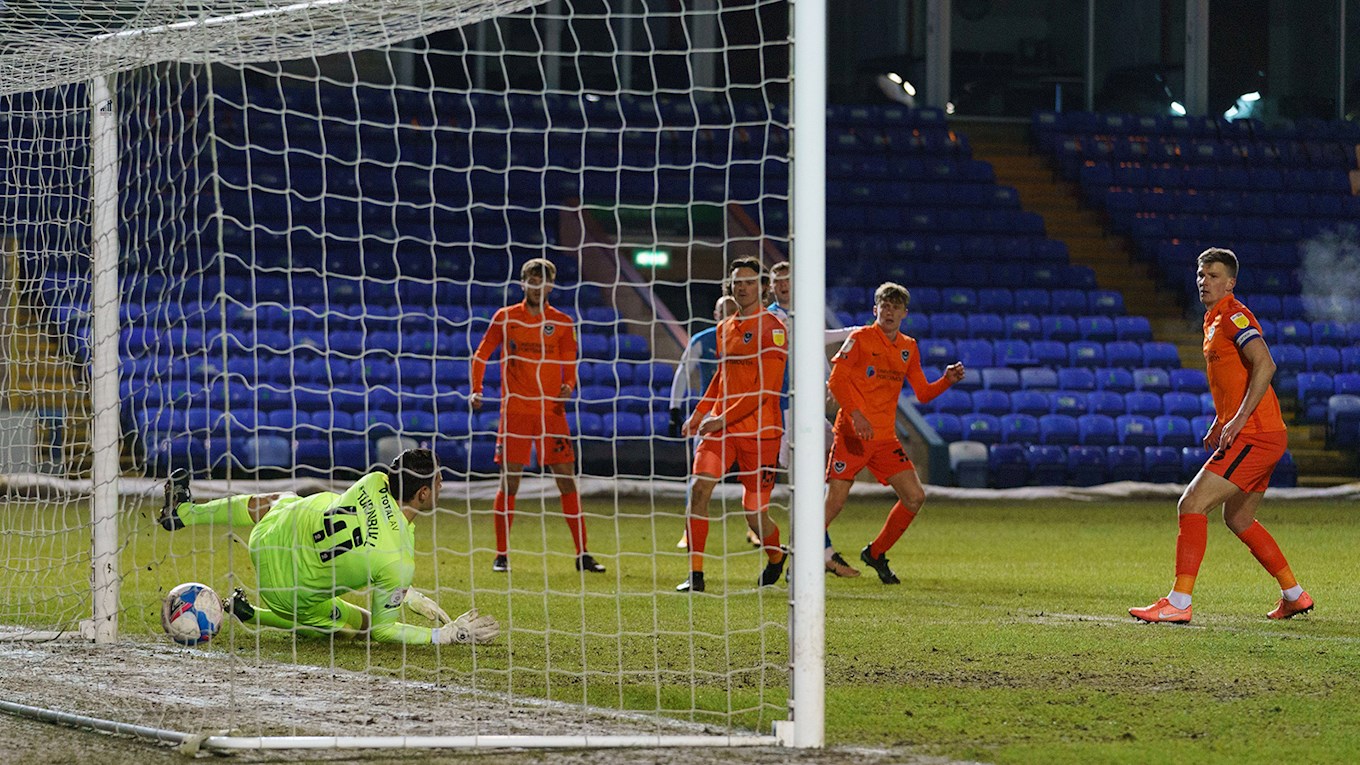 Match report for Peterborough United vs Portsmouth on 12 Jan 21

Posh are into the next round of the Papa John’s Trophy following an emphatic 5-1 win over Portsmouth.

Peterborough United progressed into the next round of the Papa John’s Trophy and eased closer to a potential date at Wembley Stadium following a comprehensive 5-0 victory over Portsmouth at the Weston Homes Stadium with five different goal-scorers on target.

After a scrappy opening quarter of the game, Posh hit the front on 16 minutes as midfielder Jack TAYLOR latched on to some in-decision in the Portsmouth back-line to drive the ball into the bottom corner from a tight angle.

Christy Pym produced a fine fingertip stop to divert an acrobatic over-head kick from Hiwula-Mayifuila effort over the crossbar at the other end as Portsmouth tried to get back into the contest almost immediately.

Skipper Mark Beevers was cautioned by referee Mr Lewis for a foul on 18 minutes, but the free-kick from Close came to nothing. Keeper Duncan Turnbull produced a fine stop to keep out Siriki Dembele on 23 minutes after the 24-year-old did superbly well to dispossess his man in the box, his effort was well struck, but the Pompey shot-stopper as equal to it.

Posh doubled the lead on 29 minutes, a superb free-kick from the in-form Jonson CLARKE-HARRIS, who curled a left-footed effort around the wall, giving keeper Turnbull absolutely no chance. On the stroke of half-time, Posh made it 3-0 as a superb free-kick into the box by Ward found its way into the back of the net via the shins of defender Frankie KENT.

Darren Ferguson made a change at the break with Idris Kanu replacing Joe Ward with Ward always only going to feature for 45 minutes as he comes back from his knee operation. Clarke-Harris sent a free-kick from 35 yards wide of the target on 50 minutes after Szmodics was upended.

Posh made it 4-0 on 52 minutes as a swift passage of play concluded with an inch-perfect cross from Dan Butler into the path of DEMBELE who made no mistake from close-range. Posh made a double change on 57 minutes with Mo Eisa and Ricky-Jade Jones on for Clarke-Harris and Dembele.

Posh made it 5-0 on 86 minutes and it was a second goal from a direct free-kick, midfielder Ethan HAMILTON this time, cracking home a left-foot free-kick from 25-yards past the despairing dive of Seymour. Ellis HARRISON did crack home a consolation goal from distance in the final seconds of the contest.