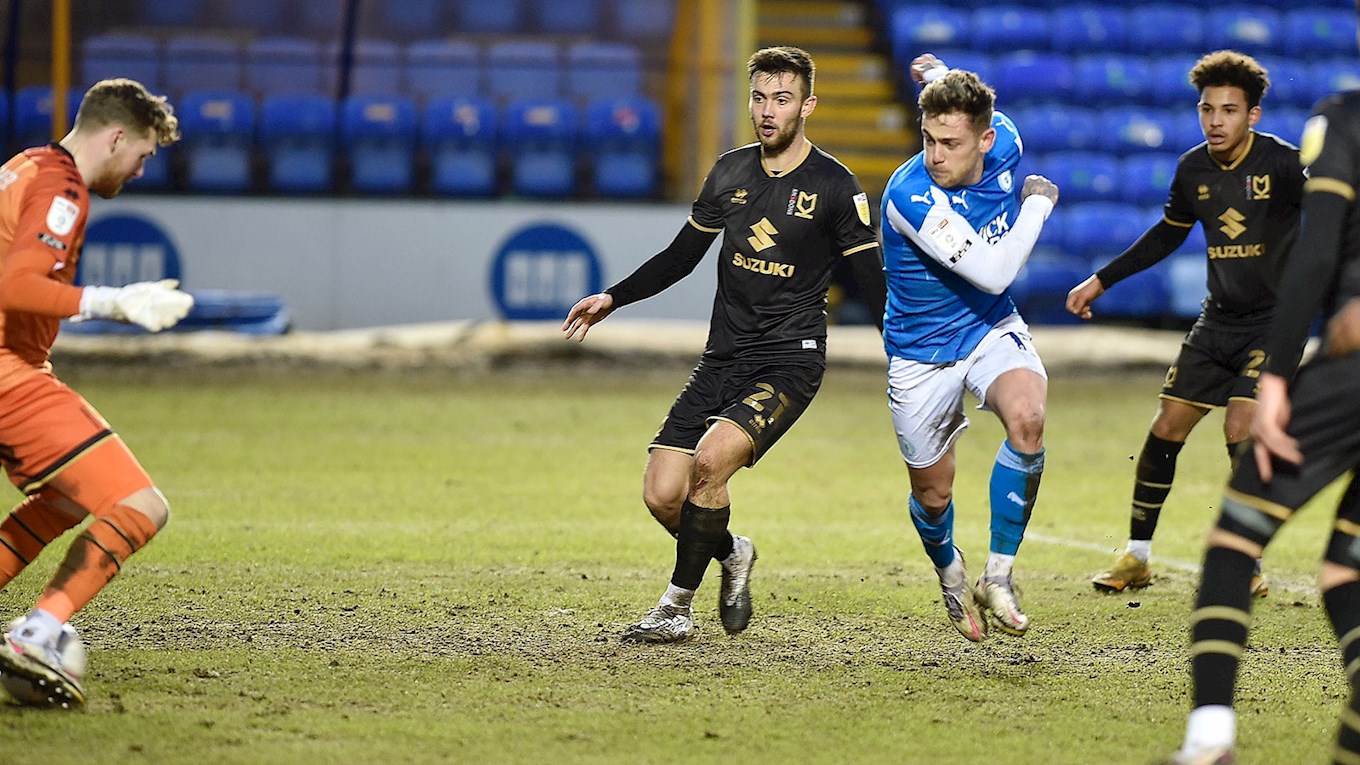 Peterborough United swept aside Milton Keynes Dons 3-0 at the Weston Homes Stadium with Sammie Szmodics netting a brace and Jonson Clarke-Harris continuing his fine form in front of goal with the opening salvo in a comfortable afternoon for Darren Ferguson’s men.

Midfielder Jack Taylor was a whisker away from opening the scoring inside the opening five minutes as Posh made a positive start and that start was rewarded moments later as a wonderful teasing cross from Joe Ward was diverted past goalkeeper Andrew Fisher at the near post by Jonson CLARKE-HARRIS who did superbly to get in front of his man and stab the ball goal-wards.

Dan Butler drove a left-footed effort wide of the target before the visitors were forced into a change as the experienced Andrew Surman was forced off with a muscle injury, Joe Mason the chosen replacement.

Posh doubled the lead on 29 minutes and it was a wonderful goal, Siriki Dembele did well to hold off the defender after winning back possession before timing a perfect pass for the on-rushing Sammie SZMODICS, who took a touch before rounding the keeper and slotting the ball into the back of the net.

With Posh defending with 10 due a clash of heads which put Frankie Kent in need of stitches, Regan Poole cracked an effort against the crossbar from 30-yards with Beevers producing a fine tackle to prevent Mason from following in. Fraser then whistled a shot inches past the post as Posh battled with 10 as we moved towards half-time.

Pym was well placed on 52 minutes to keep out a Fraser effort before Posh had appeals for a spot-kick at the other end turned down as Dembele took a tumble in the box. Taylor was cautioned for kicking the ball away on 62 minutes.

Posh made it 3-0 on 66 minutes and it was a great move started and finished by SZMODICS who tucked home from close-range after excellent individual skill and cross into the box by Dembele. Szmodics was among those to be substituted as the game reached the 75-minute mark with Ward and Clarke-Harris also given a rest.