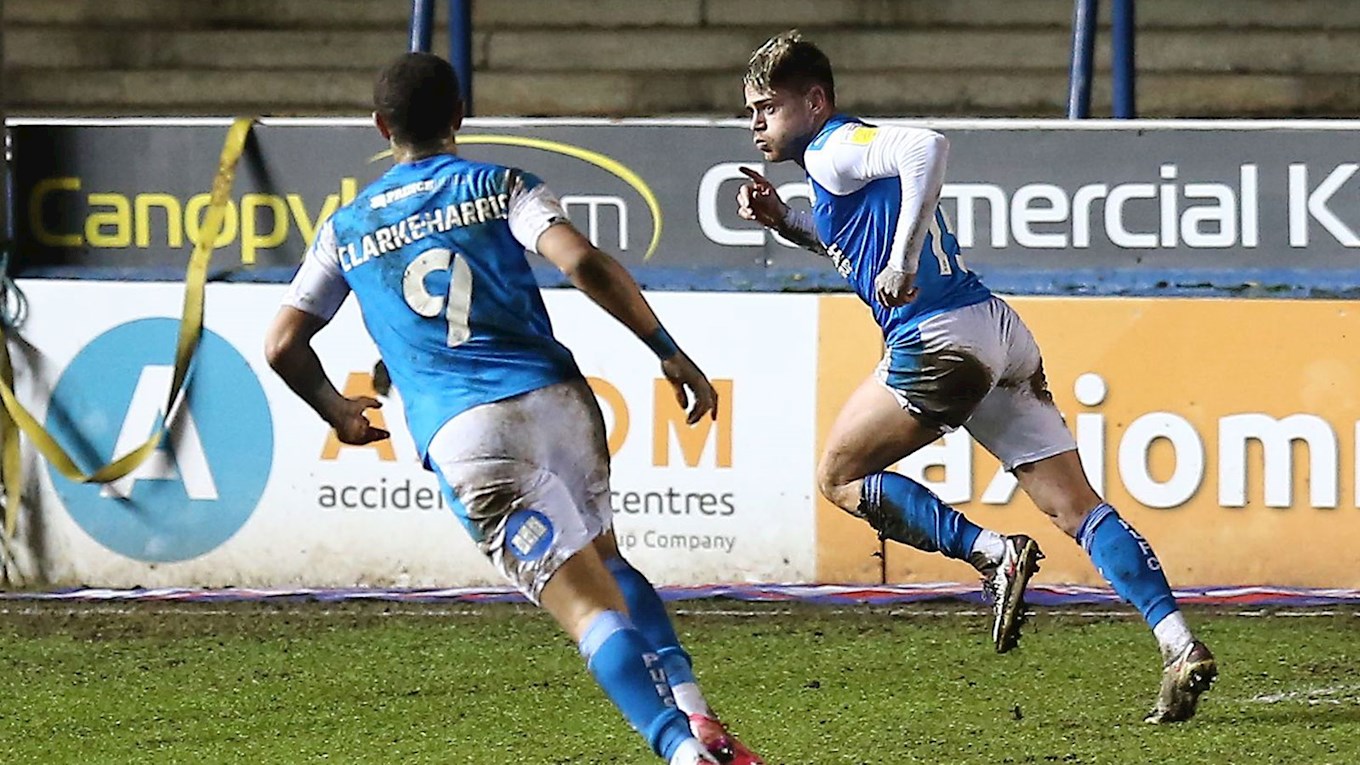 Posh produced a stirring second half display to secure three vital points with a 2-1 victory over promotion rivals Charlton Athletic.

Peterborough United bounced back from a half-time deficit to produce a stirring second half display, which was rewarded by a second double of the week for Sammie Szmodics as Charlton Athletic were beaten 2-1 at the Weston Homes Stadium.

Ian Maatsen sent an effort over the crossbar from 30-yards as the Addicks made a positive start to proceedings at the Weston Homes Stadium. Former Manchester United keeper Ben Amos was well placed to make a routine stop from a low Siriki Dembele effort on five minutes.

On 13 minutes, the visitors were awarded a spot-kick after Pearce was tugged down in the box by Hamilton. Pym was cautioned for his protests. Former Posh striker Connor WASHINGTON stepped up and sent the penalty low and into the corner to give the Addicks the lead.

On the stroke of half-time, Taylor saw a low drive from the edge of the box comfortably gathered by goalkeeper Amos. Posh made a change on 57 minutes with Harrison Burrows replacing Idris Kanu and moments later Reece Brown replaced Hamilton.

Kent was cautioned by referee Mr Purkiss on 64 minutes even though it appeared he didn’t get the ball or the man as he slid to try and win the ball. The experienced Chris Gunter headed over from close-range before more substitutions were made by the visitors.

Posh drew themselves level midway through the second half as a long ball forward was superbly flicked on by Clarke-Harris into the path of the onrushing Sammie SZMODICS who coolly slotted past the advancing Amos and into the bottom corner.

On 78 minutes, Posh nudged themselves in front for the first time in the contest, Clarke-Harris superb down the left-hand channel, won the ball, then timed his pass to perfection and SZMODICS did the rest, coolly slotting the ball past the keeper.

Szmodics had the chance to make it a hat-trick on 86 minutes after being played in by Dembele, but this time Amos stood tall and made a very good save. Pratley was finally cautioned in stoppage time for a foul, his sixth indiscretion of the game.