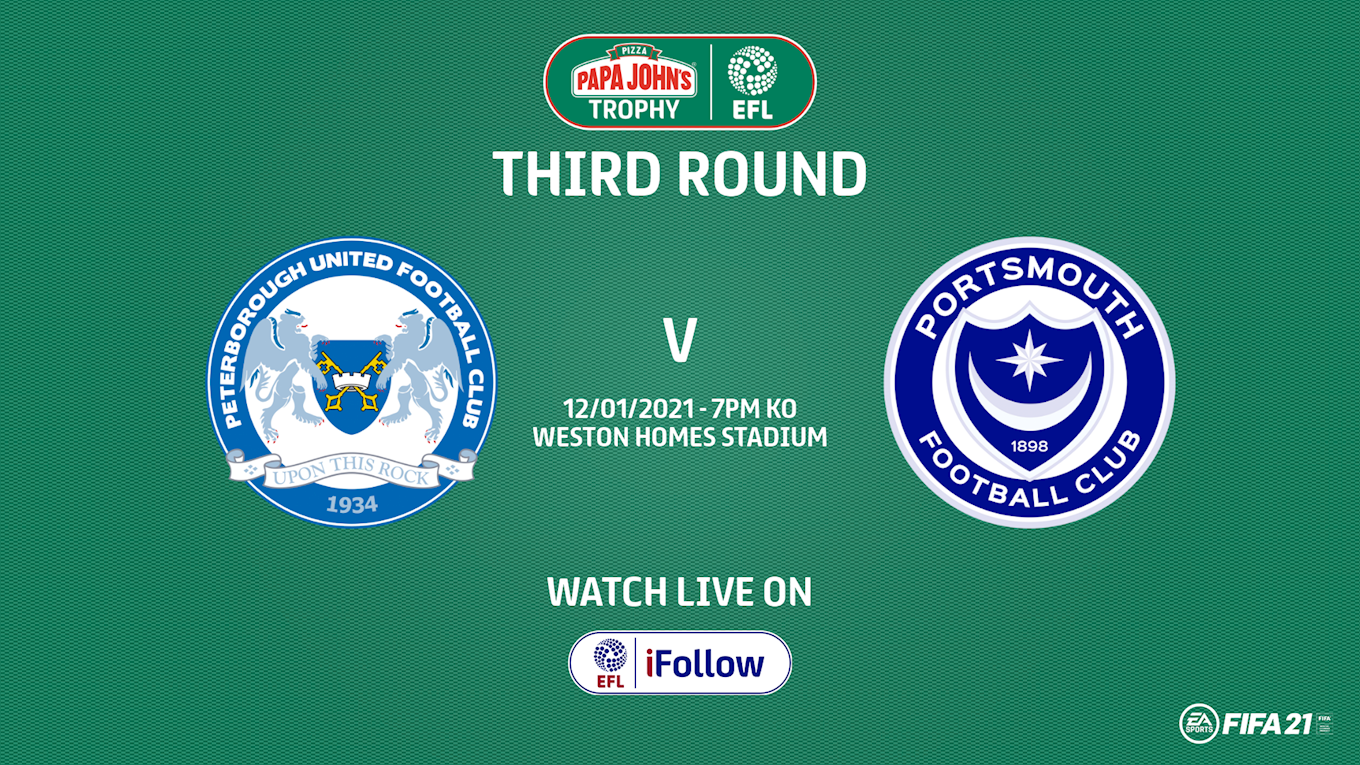 Match preview for Peterborough United vs Portsmouth on 12 Jan 21

Peterborough United entertain fellow Sky Bet League One side Portsmouth at the Weston Homes Stadium on Tuesday evening (7pm) in the third round of the EFL Trophy with both sides determined to get as a far as they can in the competition.

Both sides returned to competitive action after long lay-offs over the festive period with Posh drawing 1-1 at Lincoln City in the league on Saturday with Pompey beaten 2-1 by Championship side Bristol City in the third round of the Emirates FA Cup.

Darren Ferguson has confirmed that winger Joe Ward will play 45 minutes against Pompey as he returns to action following a knee operation. Ferguson has yet to decide whether he will start or come off the bench.

Youngster Ricky-Jade Jones made his comeback as a second half substitute at Sincil Bank and is fit to start if selected, but young defender Ronnie Edwards is currently self-isolating for a second time after his dig’s lady tested positive for Covid-19. Nathan Thompson can start in this competition but will sit out Saturday’s clash against MK Dons following his red card on Saturday.

Posh can confirm that all players and staff have tested negative for coronavirus following testing on Monday. The second wave of testing will take place on Thursday.

Portsmouth boss Kenny Jackett is expected to make changes from the FA Cup tie and could hand all nine substitutes from that tie a starting berth against Posh with a strong squad at his disposal.

“Portsmouth have a strong squad. They, like us, have had an enforced break and will probably want to get as many players as they can fitness under their belts. For us, it will be consistency. We looked good fitness wise even with 10-men on Saturday after a long lay-off and it will certainly be a stronger side than the one that faced West Ham in the last round of the competition. We want to try and win this competition and if we can beat Portsmouth it will be one of the stronger sides out of the competition,” Darren Ferguson said.

Match passes are available to purchase for £10 by clicking the link;

If the scores are level after 90 minutes, the tie will go straight to penalties to decide the winner.

The referee is Robert Lewis.