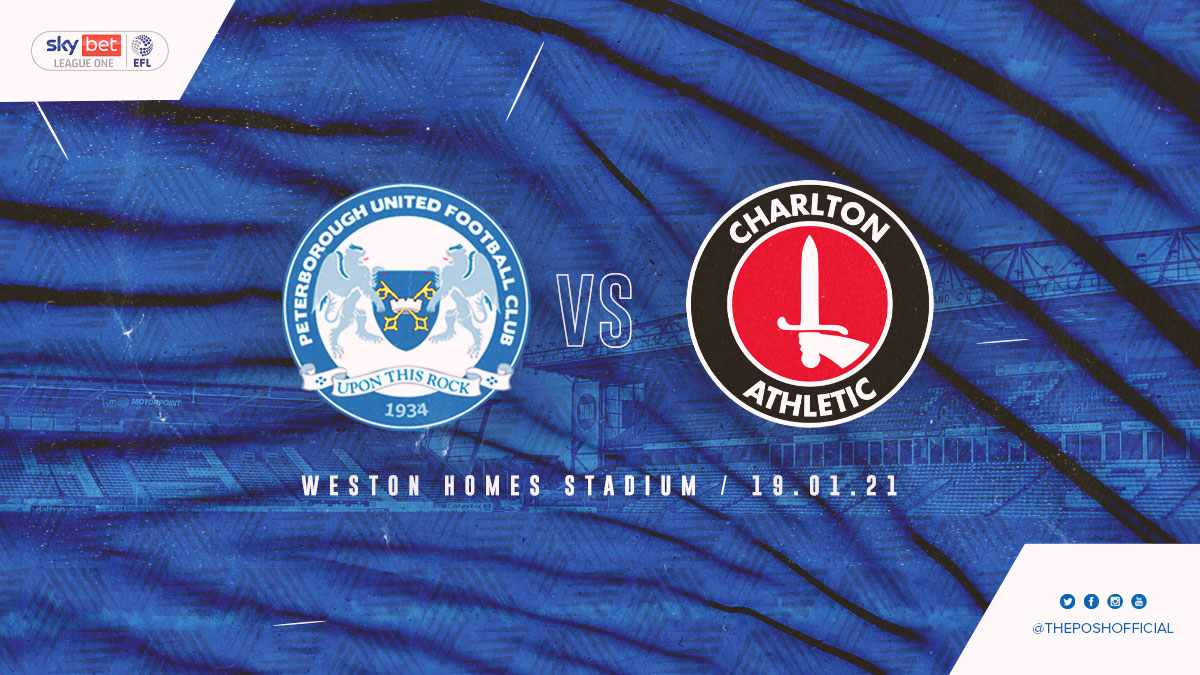 Darren Ferguson’s men are back in Sky Bet League One action on Tuesday evening.

Since the enforced break over the Christmas period, Posh have picked up a point at league leaders Lincoln City, defeated Portsmouth 5-1 in the Papa John’s Trophy and overcome rivals MK and go into the clash with the Addicks full of confidence.

Charlton picked up a vital away win at the weekend with a solitary strike earning a 1-0 victory at Bristol Rovers. They remain very much in the mix despite a disappointing run of form, which included a 2-0 home reverse to Accrington Stanley and an entertaining 4-4 draw with Rochdale at the Valley.

Posh can confirm that Monday’s Covid-19 testing came back negative so Ferguson can call on a fully fit squad for the game with Nathan Thompson available again after suspension. Ronnie Edwards is out of self-isolation but needs at least 10 days of full training before he will be considered for selection after almost a month out of action.

Athletic welcome back the experienced Darren Pratley from suspension, while former Posh winger Marcus Maddison is unlikely to feature following an ankle injury sustained in that defeat to Stanley. Jason Pearce and Andrew Shinnie are available, but Ryan Inniss, Ben Watson and Akin Famewo will be missing as will Albie Morgan who was sent off at the Memorial Stadium.

“Charlton got a good win at Bristol Rovers at the weekend and have a lot of good players in their squad particularly in attacking areas. They have changed formation four times in the last few games, but they kept a clean sheet at the weekend. However, our focus is on ourselves, how we can influence the game and hopefully we can do that. The lads are fresh and in a good place at the moment,” Darren Ferguson said.

We would like to take this opportunity to thank supporters who are backing the club by purchasing iFollow match passes. The match pass for the clash with the Addicks is available now priced at £10. Remember the game kicks-off at 6.30pm. To buy a pass, click the link below;

The match referee is Sam Purkis